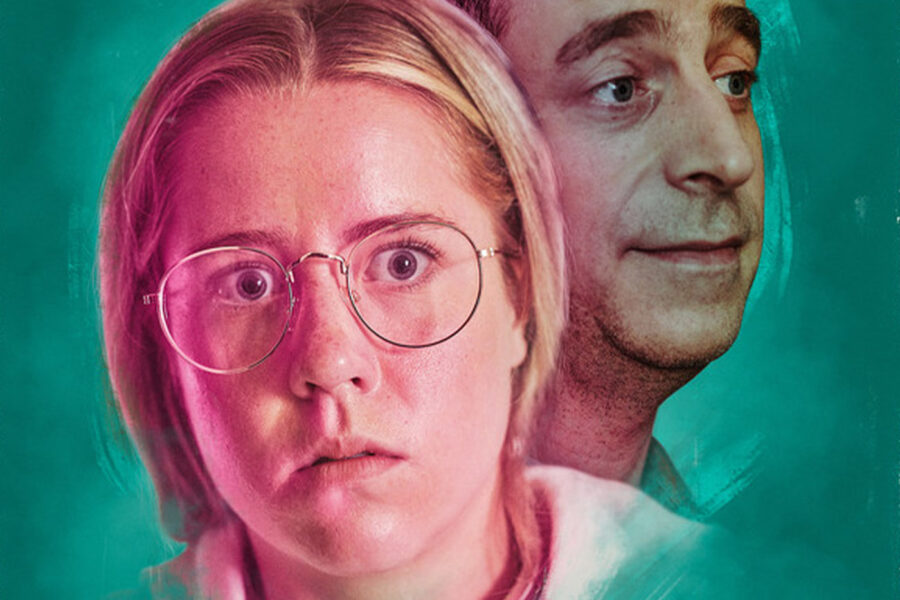 Unlike some other film festivals around the world, the Hamilton Film Festival truly earns its title.

That’s because the annual showcase of the latest in independent filmmaking, which attracts entries from across Canada and around the world, also works hard to ensure it’s putting local stories and storytellers front and centre.

The proof is in the Hamilton Film Festival’s diverse 2021 programming: out of the dozens of short films and full-length features in this year’s festival, a whopping 30 of those films were made by filmmakers right here in the Hammer, from understated dramas to high-stakes thrillers to insightful documentaries to hilarious comedies and everything in between.

One such entry is Overplay, a short film making its world premiere at the Hamilton Film Festival this week.

The film, written and directed by Hamilton’s Dane Cecchelli, follows a group of broke students whose plans to rob their drug dealer go dangerously awry; and believe it or not, the story comes partly out of Cecchelli’s own personal experience.

“I wrote the script when I was a broke university student who often interacted with a cocky drug dealer that loved to show off just how much money he had,” he says. “And I don’t mean just wearing flashy clothes and expensive jewelry. I mean he would regularly pull out what can only be described as a brick of cash, and wave it around my face saying things like ‘how much money have you ever held in your hands?’”

Those indelible experiences triggered fantasies of what it would feel like to rip off his dealer, giving Cecchelli – a huge fan of heist movies – the initial idea for Overplay.

Flash forward to today, and Cecchelli’s completed short film is ready to go for a Hamilton Film Festival premiere at The Staircase Theatre this Thursday, November 11th at 7 pm as one of six short films by emerging and first-time filmmakers showcased.

“We didn’t have the budget to pull off any ‘Ocean’s 11’ level heist, but I’m very proud of what was accomplished from all the hard work the cast and crew put in,” he adds.

Another locally-made film in this year’s festival takes a decidedly different approach to its idiosyncratic storytelling and concept. Lunachicks, a short film written and directed by Hamilton filmmaker Jess Joy, takes an oft-seen conceit and twists it into something dark and absurdist with a feminist bend.

“I’ve always been into telling dark stories, and I was really inspired by some absurdist and expressionist plays we’d read at school, so I wanted to explore the idea of externalizing the internal,” says Joy, who first began developing Lunachicks upon graduating from York University’s film school in 2018. “Some of my favourite films are about good people becoming bad but they all have male protagonists, so I wanted to do a story with that sort of arc but with a female lead.”

The story follows Marla Strange – a recluse haunted by her infamous father – who is desperate to make a friend. After seeing an old networking infomercial, she decides to try meeting a new friend through an ad she finds online. However, Marla instead meets Berlin, a guitarist in a punk band seeking a singer. Marla decides to audition, finding herself in the midst of an identity crisis along the way.

Joy workshopped her screenplay for a few years through classes with the Liaison of Independent Filmmakers of Toronto (LIFT) and ended up shooting the short film right here in Hamilton in 2020 amid the pandemic, working with a cast and crew made up of as much local talent as possible and making use of invaluable support from local organizations like Hamilton Film Studios, who helped Lunachicks make the most of its limited production budget.

Now that the film is a finished product, Joy is particularly eager to see Lunachicks screen right here in the city.

“I don’t think Lunachicks would’ve been possible without Hamilton’s filmmaking community, so to be able to play here means a lot,” she says. “I think it might be like when bands play their hometown; it’s just a really special moment when you play in a community that helped shape you. To be able to play in a hometown theatre, to be like, ‘this is what we did together,’ that’s an amazing feeling.”

Lunachicks is one of eight short films that will be screening as part of a special showcase of works by womxn filmmakers, presented by the Hamilton L.O.F.T. (Ladies of Film & Television) and Factory Media Centre at the Playhouse Cinema on Sunday, November 14th at 1 pm.

Another film in that Sunday lineup is the short documentary Why Didn’t I Leave?, which also happens to be the Hamilton L.O.F.T.’s inaugural project and one supported by Factory Media Centre, Hamilton Film Studios, The Cotton Factory, and the City of Hamilton.

Directed by Emily Schooley and created by a team of 19 womxn, the eye-opening documentary looks at the issue of intimate partner violence, giving voice to the stories of survivors while challenging a pervasive culture that blames victims of assault. 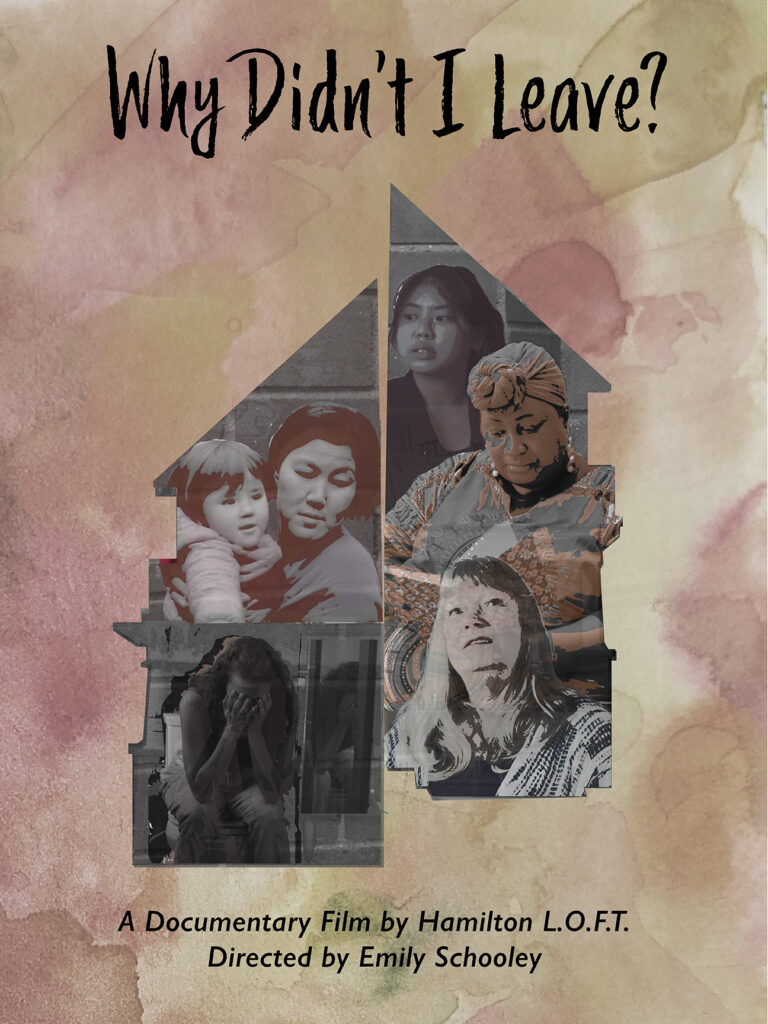 This subject matter’s importance is beyond clear, tackling an issue that disproportionately impacts women, trans folx, and non-binary folx, and that deeply hits home for Schooley herself.

“As someone who endured ongoing stalking and harassment from an abusive ex-partner and his friends for most of the last decade, this is very much a topic that is close to my own heart, and one I wish the wider world was better educated on,” says Schooley.

“Almost every woman I know has an anecdote about something abusive that at least one of their exes did. And more often than not, experiencing abuse or violence of any sort – even once – puts people at a much higher risk of experiencing abuse again in the future.”

With the heaviness of this project’s subject matter, Schooley also knew she wanted to put safe working conditions and care-centred practices at the forefront of the production process, including establishing reasonable working hours, carving out dedicated times for meals and breaks, and accommodating childcare for those who needed it.

“Meeting these frankly basic needs shouldn’t be a revolutionary concept, but other productions that reflect a similar level of care are unfortunately still relatively rare in the wider industry,” she adds.

Distilling such an intensely complex and multi-faceted topic down to a film less than 20 minutes long to meet Hamilton Film Festival requirements was no easy task; in fact, Schooley says that the unconventional production process – which lasted just 39 days from first day of on-camera interviews to finishing post-production – yielded enough material to craft a feature-length project.

But the compact runtime means that Why Didn’t I Leave? is poised to land with swift impact, shedding light on urgent issues in ways audiences may not have considered before.

These films are just the tip of the iceberg in a lineup of Hamilton-made projects making it to the screen at this year’s Hamilton Film Festival; and with this much exciting and unique talent making work right here in the city, the future looks exceedingly bright for the Hammer as a rapidly growing film & television hub.

Read more about the local films screening at this year’s Hamilton Film Festival and get tickets here. The festival runs from now until November 14th at various venues throughout the city.