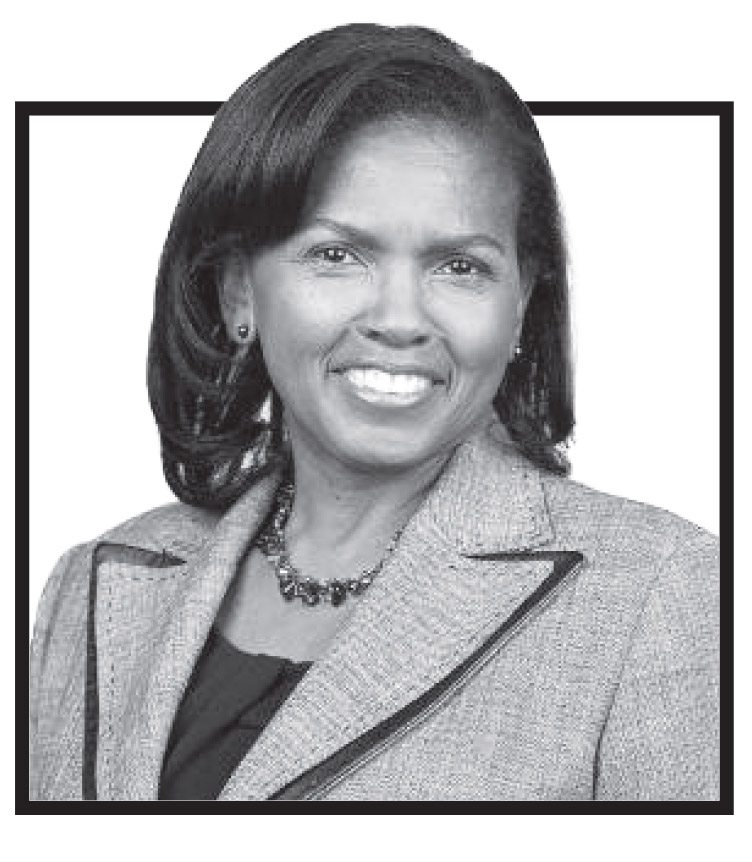 Evelyn Myrie is a change agent who lives by the motto: BE the change you want to see. Evelyn moved from Windsor to Hamil- ton, in 1989 when she accepted a position with the federal government as a social development consultant with the department of Secretary of State for Canada.
She joined the Hamilton Status of Women Subcommittee, and under Evelyn’s leadership the city instituted a non- sexist language policy and oversaw the city’s first safety audit for women.
In 1996 she co-founded the Rev John Holland Awards, a celebration of Black History month which highlight the contributions of African Canadians to Hamilton. She has played a leadership role in a number of community organizations in Hamilton including the United Way of Burlington Hamilton, Social Planning and Research Council, Roundtable for Poverty Reduction, and the Hamilton Immigration Partnership Council. Evelyn recently chaired the Host Committee for the Pan Am Games.
For 15 years Evelyn has written a column which appears on the editorial pages of the Hamilton Spectator-writing on a wide range of topics including local politics, community development, and human rights. She currently hosts a new talk show “Singing Her Praises” which highlights features new and emerging women leaders in Hamilton. She is also a member of the Rotary Club of Hamilton, helping with literacy projects.

Evelyn has been a champion for women and visible minorities in our city. She was a candidate in the municipal elections and was a founding member of Hamilton’s Elect More Women Committee to encourage more women to run for office.