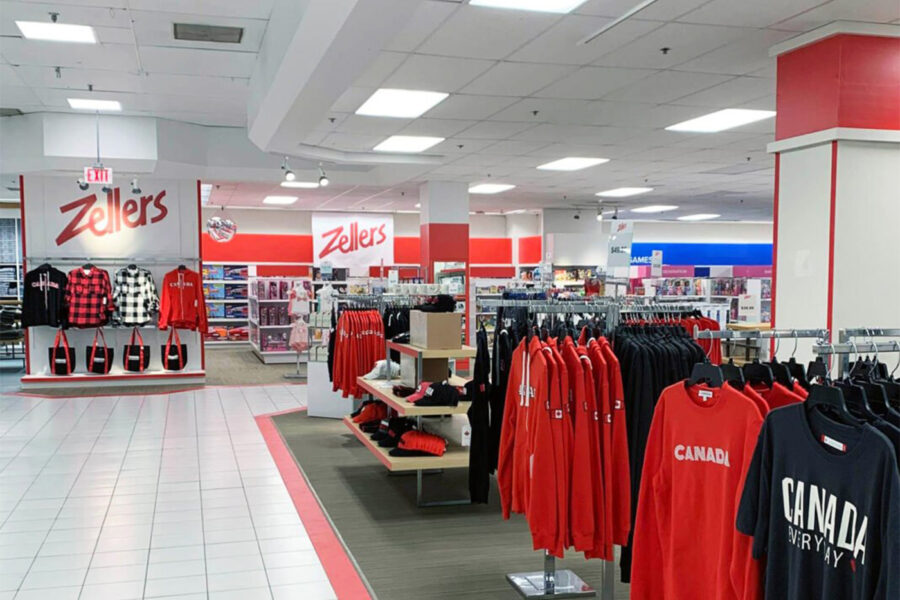 A nostalgic Zellers pop-up shop has opened in Burlington

Remember Zellers? It feels like yesterday that the iconic Canadian department store had locations all over Hamilton and beyond.

If you want a taste of the good ol’ days, a special pop-up Zellers shop has opened in Burlington that promises a deep hit of nostalgia.

THEY BROUGHT BACK ZELLERS OMG THIS IS THE NEWS WE NEEDS Zellers Store-in-Store Launches inside of Hudson’s Bay Location [Photos] https://t.co/KGhPmL2Ci2

Hudson’s Bay, which owns the Zellers brand name, has launched the pop-up within its Burlington Centre location at 777 Guelph Line where it sells Zellers apparel, home goods, and more for a nice blast from the past.

Zellers, at its peak in the 1990s, had over 350 stores across Canada according to a release from Retail Insider. However, the entry of Walmart into the Canadian market had significant impacts on the Zellers brand and its market share.

Though three Zellers locations still remained up to early 2020 – functioning more or less as clearance stores for Hudson’s Bay products – the brand as it was known to Canadians formally shuttered in 2013.

This Burlington pop-up could be the first of other Zellers pop-ups to come within Hudson’s Bay locations according to the company.

Are you going to go check out the Zellers pop-up at Hudson’s Bay in Burlington Centre?