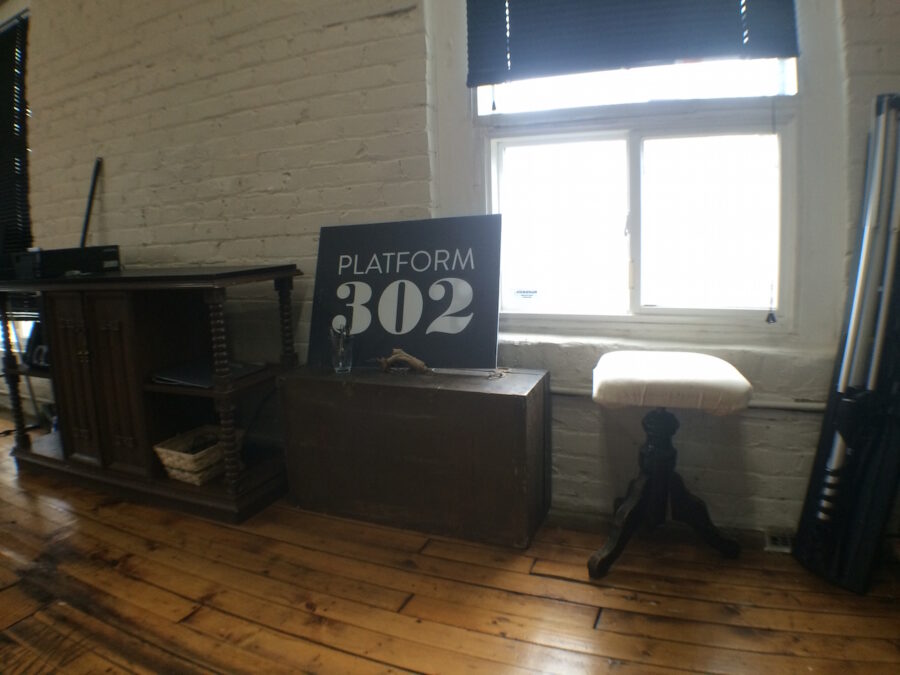 Adventures in the new business environment at Platform 302

Working at Platform 302 is like working from home, but not at home. There are no requirements for when you need to walk through the door, or when you are allowed to leave. You can bring a meal for yourself, or just ingredients and make a meal with the team; but more often than that, several people will chip in to buy lunch for the office. You have your own desk or room, but you’re not chained to it. There’s a TV room, a gym, a sauna, a patio and a game room with pool and ping pong, among other things. More than any of that though, you’re around friends, and everyone just does their best to work with each other.

“It’s kind of like a family,” said Mark Accardi, co-owner of Platform 302 with his brother Joe.

The Accardi brothers, who own a variety of other businesses from media to real estate, originally found the building at 302 Cumberland Avenue, when looking for a new office for their property management business, Red Brick Rentals.

“We have a special place in our hearts for really awesome Hamilton buildings, and in our search we stumbled across this place here, which we immediately fell in love with, but it was obviously way too big for our needs as a property management company.”

Mark says prior to buying the building, they were familiar with other co-working spaces in Toronto and thought ‘why not put our property management company down on the lower level and do a shared concept for the rest of the building?’” So they did, officially opening in January 2013.

From the very beginning, they knew they wanted the place to be as comfortable as it is today. They wanted people to work together and grow into being more than just individuals that shared a building, but friends. That’s why they hired their Chief of Happiness, Alicia Thoms. Thoms could also have been described at the building manager or operations manager. So, why this title?

“It’s not really a typical space, so to have a typical title just wasn’t really fitting,” said Thoms.

Thoms says she thinks the standard office environment is evolving. “We have a lot people coming from other typical office spaces too, and they find that [closed offices] are just not working for them anymore. They’re working by themselves all day and they don’t have that community around them, and like-minded people.”

Thoms says Platform 302 has three rules in order to be accepted as a member:
– The business owner has to be an entrepreneur (meaning not a franchise, or a remote employee for another, larger business).
– The business has to be under 10 years old.
– You have to be a for-profit business. However, social enterprises are acceptable in most cases.

Maybe Thoms is right. Perhaps the office culture is changing, and it’s no longer about having someone punch a clock, but rather having someone who is hospitable there to help and make sure you, as an entrepreneur, are as happy and productive as possible.

Marc Lapointe and Craig Vukovic run a company called Evolve out of Platform 302, and said moving into that office environment was the best thing that could have happened for their business.

“It’s grown leaps and bounds since we got here,” said Vukovic.

“One of the main reasons was we were just tired of the home office,” said Lapointe. “For an office [in Burlington or Oakville] that was a quarter this size, with no services and no fees, was four times the price.”

They did a test run in October 2013, bringing their computers to work at desks in Platform 302 for the day. Within hours, they said, they signed a lease for the office that they still occupy.

“We call this our second home, cause it is legitimately our second home. We can come here, make food, lay down on the couch, do work, watch TV downstairs, and play ping pong— you can do everything, but you can also close the door and get a lot of work done,” said Vukovic. “Having to put real pants on is a huge motivator to do work.”

“We’re constantly posting pictures of all the stuff that’s going on like Game Day. Some of the things that you wouldn’t expect get the most engagement. People are just like, ‘wow, that looks so cool. It looks like so much fun. Do you ever work?’—People say that all the time.”

Zandbergen says that a lot of people who are friends of current occupants are always asking for ways to get in. It has become a very popular spot to start your business.

While they may be doing really well, the building is still a little out of the way, more than a 5 minute drive east from the downtown core; longer if you’re taking the bus. You’d think that might be a de-motivator, but it’s not.

“People really like it because we’re kind of campusy… we’re off the beaten trail a little bit. We’re not in the core, but it is like a campus,” said Thoms.

“It’s really the people that have made this place awesome,” said Accardi.

“We have a very casual atmosphere here. We have an office dog. People aren’t showing up in shirts and ties every day. I guess, maybe, we’ve broken down those barriers that other places have, and when you do that, I guess it opens the door for more creativity, more openness, and maybe it’s sort of a new way or a growing way of doing business.”

“I like the quotes we use here,” said Accardi.

“Instead of wondering when your next vacation is, maybe you should set up a life you don’t need to escape from.”
– Seth Godin

Find out more at www.platform302.com.