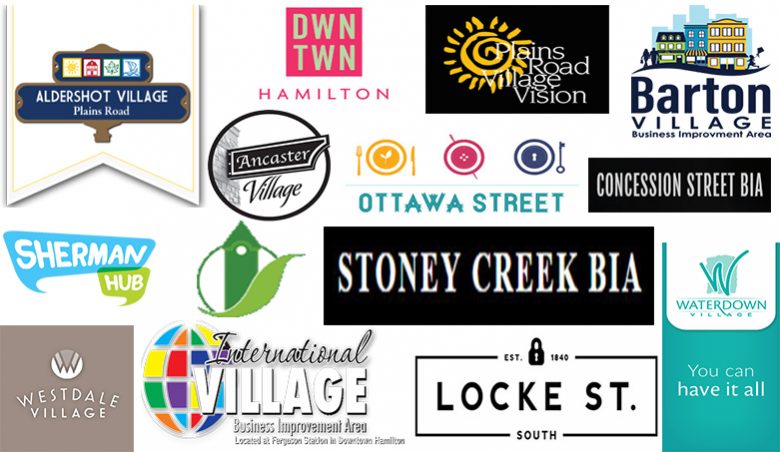 You probably have a favourite neighbourhood

for shopping or dining, right? Maybe it’s the eclectic mix of dining and browsing downtown Dundas or the thrill of the antique hunt on Ottawa Street. Perhaps you like to take in a good movie followed by a nice slice of cake in Westdale.

What does each of these areas have in common? The businesses and property owners in each of these hotspots are part of organized commercial districts called a Business Improvement Areas (BIAs). These BIAs are run by a board of members and often employ an executive director responsible for the operation of the organization. Funded through levies on the member businesses, BIAs work to promote, maintain, and advocate for their geographic business area.

WHAT IS A BUSINESS IMPROVEMENT AREA?
According to Ontario’s Ministry of Municipal Affairs, through their Business Improvement Area Hand-book, a BIA is a designated area in a municipality of business people and property owners that seek to promote and improve their location.

DID YOU KNOW? There is at least one informal community group in Hamilton (Sherman Hub) and one in Burlington (Plains Road Village Vision Group). These informal groups both serve a similar purpose to BIAs, except they bring residents into the conversation as well as merchants and business owners.

GOODBYE, KATHY!
After 14 years as the Executive Director of the Downtown Hamilton BIA, Kathy Drewitt is retiring on September 30th. Kathy championed downtown Hamilton in the years before the recent revitalization took off. Her tireless energy has been critical in that renewal process, and will be missed! All the best, Kathy!