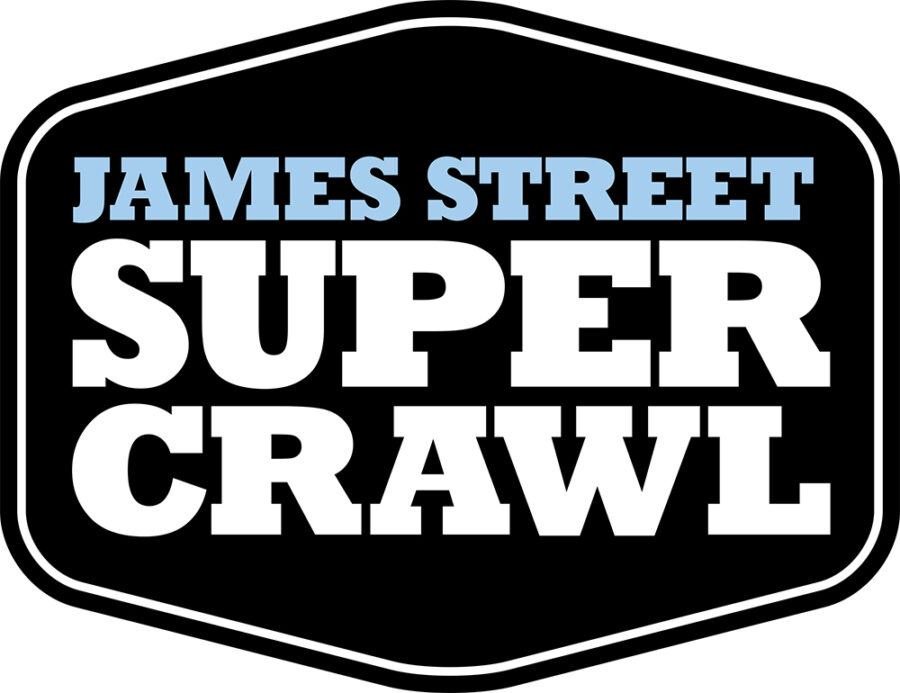 All-Access | Get acquainted with the acts of #SuperCrawl2015

Supercrawl is a jewel in Hamilton’s crown. It is a weekend packed with music, art, fashion, and food. The Supercrawl team, led by Tim Poticic and his crew at Sonic Unyon work all year to get great bands to play the various stages. This year is no exception; with brilliant music coming from Monster Truck, Elliott BROOD, Jessy Lanza, the Killjoys, Laura Cole, Terra Lightfoot and Steve Strongman.

Supercrawl kicks off early this year with Caribou; a ticketed show on August 7th at Pier 4. Then, in September, the festival starts early with a ticketed show on Thursday, September 10th at New Vision Church, featuring Whitehorse, Corb Land and Etiquette. Then the weekend really ramps up on Friday and runs right through until Sunday.
For more information about what you can expect, head to www.supercrawl.ca and follow them on Twitter (@supercrawl).

To help you get to know some of the bands, we’ve asked them a series of questions.
Huge thanks to Tim and his team for their work, and we look forward to seeing you all at #Supercrawl2015.

NAME OF THE BAND:  Jessy Lanza
YEARS TOGETHER: Thirty
DESCRIBE YOUR STYLE IN ONE WORD: Pop
BASED OUT OF: Hamilton
DO YOU HAVE A REGULAR GIG? No
UPCOMING SHOWS: Pier 4 Park, Aug. 7
WHERE CAN WE BUY YOUR MUSIC? Anywhere
VINYL OR DIGITAL? Both
WEBSITE: jessylanza.com
TWITTER HANDLE: @jessy_lanza
SOUNDCLOUD: https://m.soundcloud.com/jessylanza SIGNED OR UNSIGNED: Signed
LABEL: Hyperdub

NAME OF THE BAND: Terra Lightfoot
YEARS TOGETHER: Many as a solo artist, but this incarnation of the band has been together for about two years.
DESCRIBE YOUR STYLE IN ONE WORD: Soul
BASED OUT OF: Hamilton!
DO YOU HAVE A REGULAR GIG? No
UPCOMING SHOWS: Greenbelt Harvest Picnic (Dundas, Aug 29), Supercrawl (Hamilton, Sept. 11), CityFolk (Ottawa, Sept. 19-20)
WHERE CAN WE BUY YOUR MUSIC? iTunes, HMV and of course our Hamilton institutions, Dr. Disc and Cheapies. You could also wander into Sonic Unyon’s offices and bug them I suppose.
VINYL OR DIGITAL? Vinyl
BEST/FAVOURITE HAMILTON VENUE: Gage Park or This Ain’t Hollywood
PRE-SHOW RITUAL: Don’t check texts, drink lots of water, write a set list, and tune the hell out of all my guitars until they are comfortable in the room.
FAVOURITE BAND: Impossible question!
WEBSITE: terralightfoot.com
TWITTER HANDLE: @terralightfoot
SIGNED OR UNSIGNED: Signed
LABEL: Sonic Unyon Records

NAME OF THE BAND: Elliott BROOD
YEARS TOGETHER: Going on 12 years now
DESCRIBE YOUR STYLE IN ONE WORD: Frontier rock BASED OUT OF: We are now all currently living in the Hamilton area
DO YOU HAVE A REGULAR GIG? Full-time musicians for the most part
UPCOMING SHOWS: Supercrawl (Hamilton, Sept. 11), Avening Hall (Creemore, Ont., Oct. 3),
Festival d’Espace Avelvor (Brest, France, Oct. 10)
WHERE CAN WE BUY YOUR MUSIC? Most music retail out- lets and iTunes
VINYL OR DIGITAL? We sell a lot of vinyl because it includes digital! We have CDs too. In the fall we will be re-releasing Ambassador and Mountain Meadows on vinyl through Six Shooter Records. All of our music will now be available in the proper vinyl format
BEST/FAVOURITE HAMILTON VENUE: This Ain’t Hollywood – it’s a proper rock bar
PRE-SHOW RITUAL: Two of us do jumping jacks while the other one does one-handed whiskey curls
FAVOURITE BAND: The Band
WEBSITE: elliottbrood.com
TWITTER: @ElliottBROOD

NAME OF THE BAND: The Killjoys
YEARS TOGETHER: Six on, then a 17-year break.
DESCRIBE YOUR STYLE IN ONE WORD: Frantic
BASED OUT OF: Hamilton
DO YOU HAVE A REGULAR GIG? Full-time musicians for the most part
UPCOMING SHOWS: Maybe
WHERE CAN WE BUY YOUR MUSIC? iTunes, Bargain bins
BEST/FAVOURITE HAMILTON VENUE: The one with the least amount of stairs.
PRE-SHOW RITUAL: We all like to throw up due to Generalized Anxiety Disorder.
FAVOURITE BAND: We have several, but can all agree on Mr. Trololo

NAME OF THE BAND: Laura Cole
YEARS TOGETHER: Two
DESCRIBE YOUR STYLE IN ONE WORD: Timeless
BASED OUT OF: Hamilton
DO YOU HAVE A REGULAR GIG? Gigs are all sporadic
WHERE CAN WE BUY YOUR MUSIC? Digital music is available on iTunes or Bandcamp (Lauracole.bandcamp.com), redfloorrecords.com should be posting hard copies soon, Dr. Disc, Dakota Mae
BEST/FAVOURITE HAMILTON VENUE: We’ve played and feel most welcome at This Ain’t Hollywood
PRE-SHOW RITUAL: A drink and an ‘attitude adjustment’
FAVOURITE BAND: Asteroids Galaxy Tour
WEBSITE: Lauracolemusic.com
TWITTER/INSTAGRAM HANDLE: @lauracolemusic
SOUNDCLOUD: lauracolemusic.soundcloud.com
SIGNED OR UNSIGNED: Unsigned! Totally indie.

NAME OF THE BAND: Steve Strongman
YEARS TOGETHER: Forever
DESCRIBE YOUR STYLE IN ONE WORD: Genuine
BASED OUT OF: The Hammer
DO YOU HAVE A REGULAR GIG? There is no such thing… no gig is regular.
UPCOMING SHOWS: Calabogie Blues Festival, Supercrawl, Pointes-Aux-Trembles Festival Quebec
WHERE CAN WE BUY YOUR MUSIC? stevestrongman.com, iTunes or at a live show.
VINYL OR DIGITAL? Live is best, but we live in a digital world, of course vinyl reigns as king.
BEST/FAVOURITE HAMILTON VENUE: So many great ones to choose from, but I’ve had amazing times at Hamilton Place.
PRE-SHOW RITUAL: A black sharpie, a white sheet of paper, and a cold beer.
FAVOURITE BAND: Impossible to pick one. It changes all the time.
WEBSITE : strongmanmusic.com
TWITTER/INSTAGRAM HANDLE: @strongmanmusic
SIGNED OR UNSIGNED: Unsigned.
LABEL: Distributed by Sonic Unyon