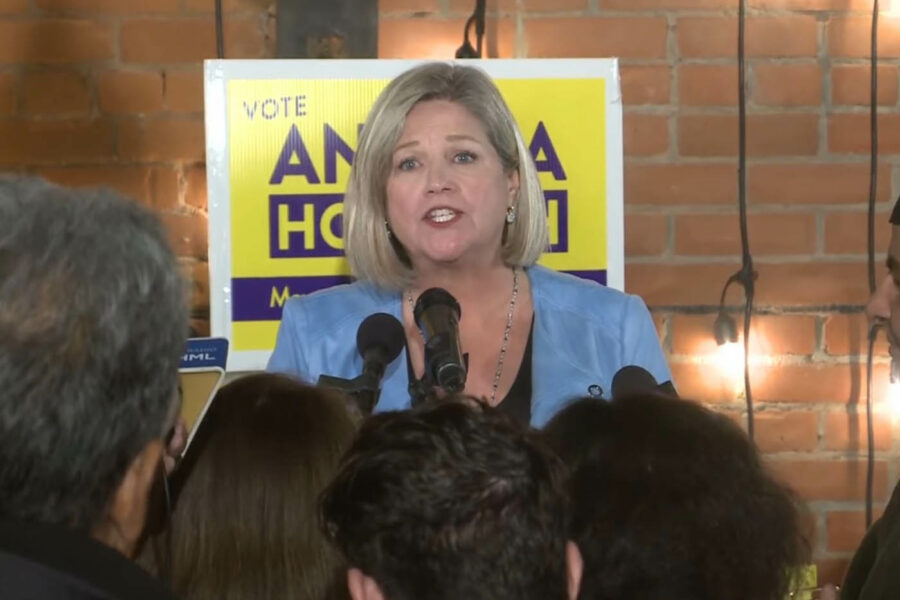 In a history-making result for the 2022 municipal election, Andrea Horwath has been elected the new Mayor of Hamilton.

The former Ontario NDP leader is Hamilton’s first female mayor after an election that saw her in close competition with fellow candidate Keanin Loomis, winning with 59,216 votes as Loomis ended the race in second place with 57,553 votes.

“Hamilton is my pride and my inspiration. I could not have asked for a better hometown,” wrote Horwath in a celebratory tweet.

“And there are so many people who poured their hearts into making our city even greater. I am filled with gratitude.”

Friends, we started this campaign with the goal to build a Hamilton that works for everyone. But winning this election isn’t the end — it’s the beginning. Hamilton’s best days are ahead of us. Thank you for your trust.

Councillors who held onto their seats this election include Maureen Wilson for Ward 1, Nrinder Nann for Ward 3, Tom Jackson for Ward 6, Esther Pauls for Ward 7, John-Paul Danko for Ward 8, and Brad Clark for Ward 9.

View the full election results on the city website.