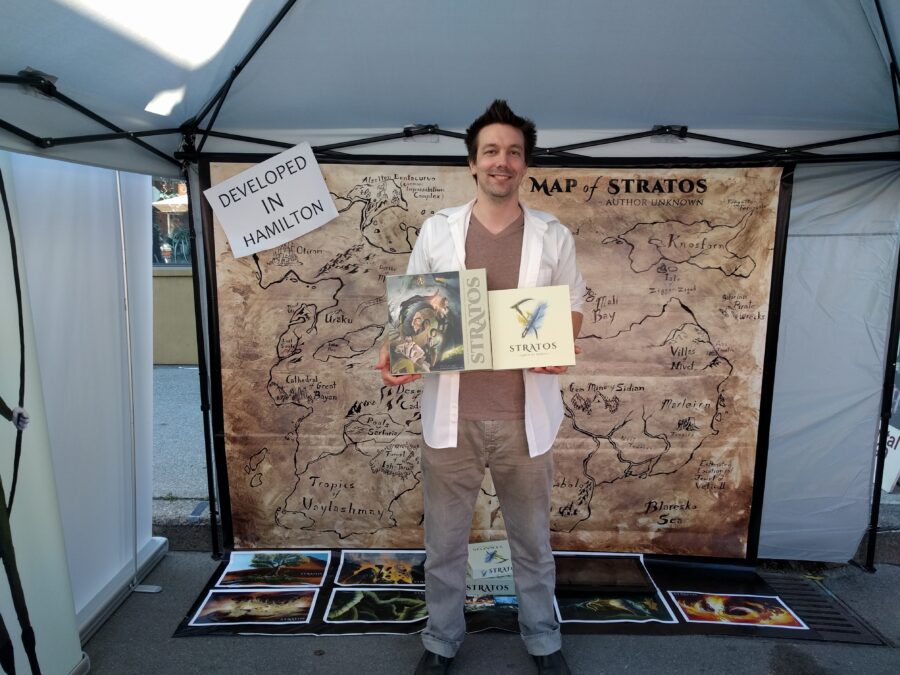 When was the last time you looked someone across the table and told them you’re stealing all their sheep and there’s nothing they can do about it? If you’re into board games, it was probably not that long ago. For others, it may have been decades since we thought about cracking open a game. Why? Board games are now more popular than ever, driven largely by Millennials who grew up playing Monopoly, Risk, and Dungeons and Dragons in their parents’ basements. According to Euromonitor International, board game sales have increased from $9.3 billion in 2013 to $9.6 billion in 2016, with a projected year-over-year increase of 1%. Those numbers are in the billions. Board games sales are nothing to sneeze at.

There’s a serious nostalgia factor to board games but, more importantly, it’s also a way of connecting with friends and family in an ever increasingly individualistic society. The latest Canadian census data shows that in large cities like Toronto more people are choosing apartment and condo homes over single-family residences. In a world where you meet your romantic partner over an app, and your first interaction is through a screen, how do you connect with them? Find out how crazy their mind is over a round of Cards Against Humanity.

Enter Jacob Chodoriwsky, a young, talented board game designer and owner of Board and Tales, the Hamilton-based board game development company. Mr. Chodoriwksy’s company has begun establishing a reputation for creating thoughtful and adventurous board games. His first game, Stratos, started off as a “side project” that he worked on over many years, tweaking where and when he could with the help of friends and family. The earliest prototypes were painstakingly made out of hand-sanded wood, which was “way more work than anyone should have done, but it turned out beautifully,” Mr. Chodoriwsky recalls.

You may recognize the mysterious posters that have peppered the phone poles of Locke St. What is Stratos? The name evokes mystery, fantasy, and a dash of adventure.

Catching up with Mr. Chodoriwsky at this past September’s Locke St. Festival I can see that the game takes you into some fun realms. A large map of the Stratos universe stretches across the back of the tent. Stacks of the game and the expansion pack are waiting for new homes. People detach themselves from the steady slipstream of the festival to come up to the Stratos tent to ask questions and touch the playing pieces. Mr. Chodoriwsky kneels in front of a playing board to show the curious people, both young and old, how the game works.

Stratos retails for $80 plus tax and the expansion pack, which you can play without the full board game, is $45. Stratos is a cross between “Settlers of Catan” and “Risk”. There are almost infinite scenarios for you to play. The rules are written in such a way to be flexible so that you can adapt the game to any age level, meaning you can play it with your five-year-old children, which Mr. Chodoriwksy has done, or break it out when friends come over to play over a few beers. The Stratos website even shows you how to scale the board game rules down by child age, and offers map templates and a Facebook group where you can discuss scenarios and game strategy.

When Urbanicity sat down with Jacob to discuss Stratos and the future of his company, Board and Tales, he was excited to reveal to us that he is developing a new game based on Hamilton called Hammer City Hustle. Mr. Chodoriwsky describes it as “a more family-oriented Grand Theft Auto meets Apples to Apples.” It’s in the early prototype testing stages with the hope to launch it next year.

In the meantime you can pick up Stratos at Black Knight Games, Big B Comics, Board Games Central, and 1UP Games. Or you can meet up with your buddies in a number of Hamilton board game cafes to play Stratos, including Gameopolis in the International Village and Mancala Monk Board Game Café in the Crown Point neighbourhood. Stratos Mini is available at Finch on Locke, Democracy, and Collective Arts Brewery. However, if you are a fan of board games and like to host board game nights, Stratos is a great addition to your library and a great gift.