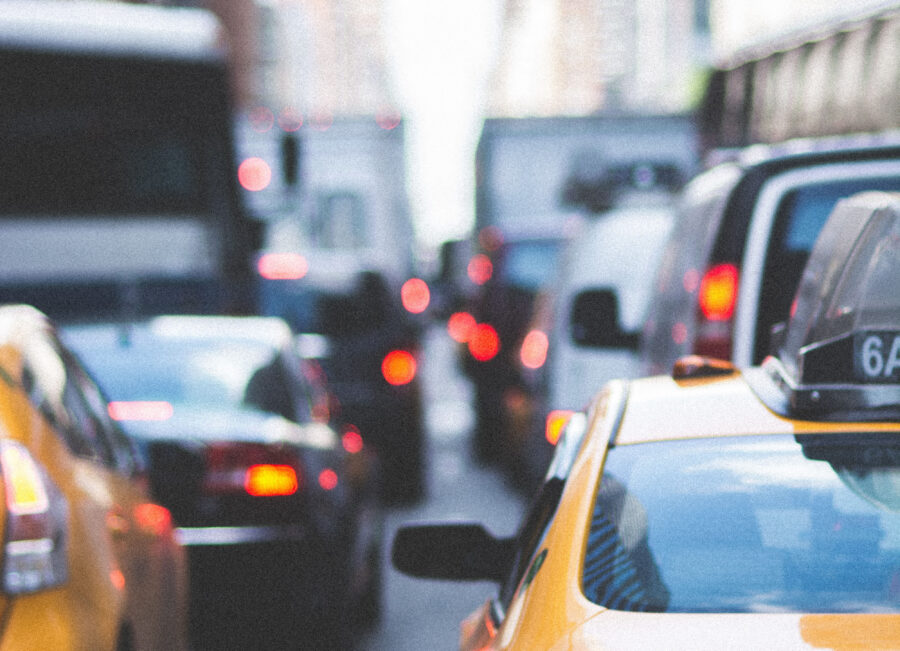 Can We Afford not to Have Traffic?

The cost of convenience and the value of congestion

Dean Martin maintained that his secret to happiness as he aged was experiencing daily, massive, steady, bowel movements.

Not only is this a sign of happiness but it’s also symptomatic of good health.  Too little, too slow, too fast, or too, ummm, not together, and it indicates that something is likely amiss health wise.

So this was a dark way to start an article, but it has a purpose.

On the one hand, because as we leave (for now) the great LRT debate behind us while also broaching two-way street conversion, I think about the two big, bad “T” words, taxpayer and traffic, and how they were at the root of any sh*t  argument against LRT and two-way streets.  And more importantly, because the slow, steady flow of traffic through a city (at least twice daily), like a good bowel movement, is good for the overall health of that city.

Now, for clarity’s sake, I’m talking specifically about urban congestion due to volume on city streets, as opposed to highway traffic jams.  The latter is indeed very costly and can have very negative impacts on both economies and people.  The former however, both indicates and exemplifies a healthy city.

Considering the two-way street debate, and specifically concerning the one-way freeways that are Main and King streets, we as Hamiltonians need to ask ourselves a few serious questions.

Namely, can we afford to not have traffic?  And, what is the cost of our convenience?

Sure it’s nice to catch the green wave and zip from one end of the city to the other in 10 minutes, but for the sake of our city, should we?  The answer is no, and I am even someone who appreciates this convenience daily.

One of the best, most immediately tangible indicators of the cost that these one-way freeways, and the absence of congestion as a result, has upon our city, can be found in restaurants along Main and King, or lack thereof.

So here are some sobering facts.

The one-way, 6.5 km stretch of King Street, between King/Paradise in the west and King/Kensington in the east, has a total of approximately 65 restaurant establishments (of varying repute), the majority occurring in the core between Bay/Wellington.  Contrast this with where it converts to two-way in the west, between King/Paradise and King/Sterling (King becomes residential beyond Sterling), on this 0.8 km strip there are approximately 25 restaurant establishments.

In other words, where King is two-way, there are over two times the number of establishments per kilometre.

On the topic of varying economic challenges, this is not to say that two-way conversion would solve all our urban woes in Hamilton, but it is hard to ignore the impact that it can have on ensuring a street sustains, if not thrives.  Upper James, between Fennell and Rymal, probably faces some of the most grating urban congestion in the city, yet despite this and its low walkability, it maintains as a one of the city’s most commercially powerful streets.  Even Barton Street between James and Ottawa, which faces some of the most substantial economic and societal challenges in the city, sustains itself with a minimum 10 restaurants per kilometre for its 4.3 km stretch.

Could you imagine how desolate Barton would now be if it were converted to one-way along with King and Main in the 1950s?

Or a better question, can you imagine what that one-way conversion has cost this city across the past six decades?  Whether costing us as taxpayers through the impact on the commercial and residential tax balance, costing our employment rate through the loss of direct commercial or spin-off employment, or costing the overall GDP of the city.

So, as we look towards our transit future, and the prospect of LRT and two-way conversion, we should remember that the maybe 10 additional minutes it may take to get home, is the insignificant pill we (only maybe) have to swallow for a significantly better standard of living.

And as some who drives those routes daily, I can happily live with that.