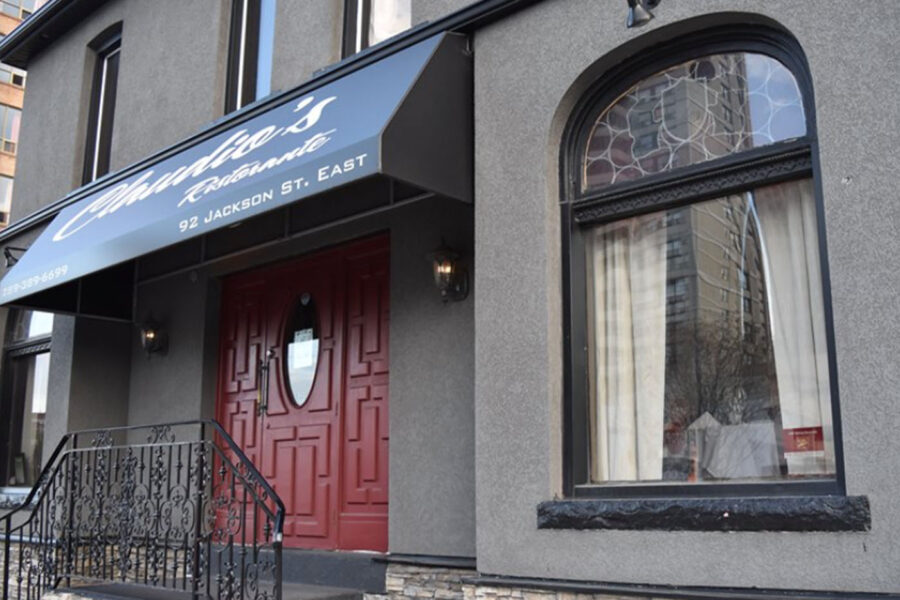 A local gem for traditional Italian cuisine is going through some changes.

Claudio’s Ristorante, a longstanding fixture of Hamilton’s Italian food scene in a tucked-away spot on Jackson Street, is moving its restaurant to a prime spot on James Street North’s burgeoning nightlife strip. The original location is currently closed until the new spot’s big opening.

“We’ve got a lot cooking… and not just in the kitchen,” reads a tease of a message on Claudio’s Ristorante’s social media, announcing that the restaurant will officially be reopening on James North sometime this fall.

But where exactly on James North, you ask? Local foodies will certainly be familiar with the location as the former home of Acclamation, the beloved bar & grill that used to sit directly across the street from the iconic Mulberry Street Coffeehouse.

Claudio’s has been a popular one with Hamilton food lovers for years, commanding plenty of high praise from locals.

“Best Italian restaurant in Hamilton by far,” reads one Google Review of the original Claudio’s Ristorante. “I have been to all of them and this is by far the most authentic experience I’ve had.”

While it’s unclear if the new and improved Claudio’s Ristorante will feature a new concept or revised menu remains to be seen; but with the restaurant’s strong reputation in the Hamilton community, it’s pretty clear that even an updated version of Claudio’s will be well worth the attention of the city’s Italian food fanatics.

To stay updated on the new Claudio’s Ristorante, opening this fall at 191 James Street North, follow them on Instagram.