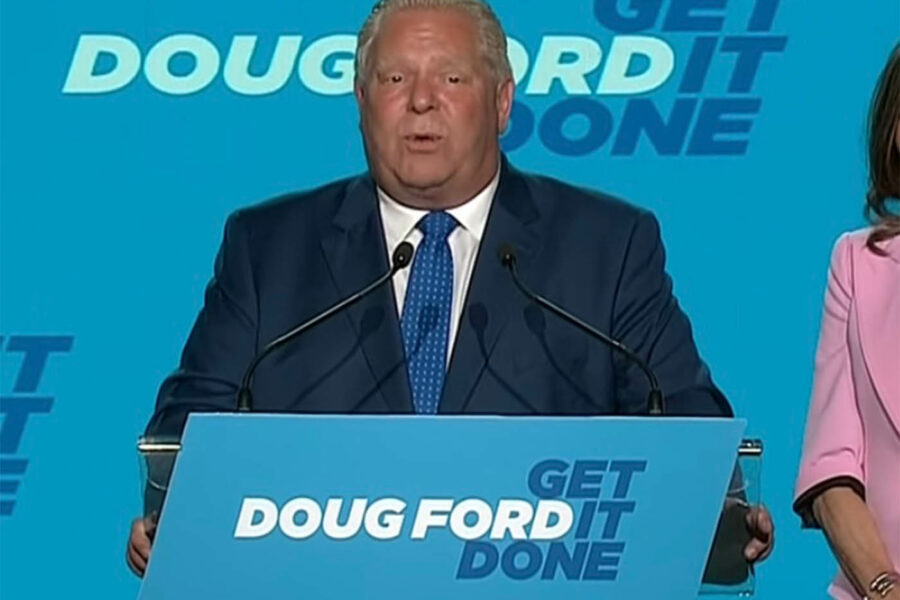 Ontario is getting four more years of Ford.

“This is my proudest achievement as a leader of this party,” said Ford in a speech on Thursday night.

“Building a new coalition, expanding our base, creating a more inclusive party where everyone matters, because never in our lifetime has it been more important for a party to represent all of Ontario,”

The 2022 election also notably saw the worst voter turnout in the province’s history, with only approximately 43 per cent of eligible Ontarians showing up to the polls.