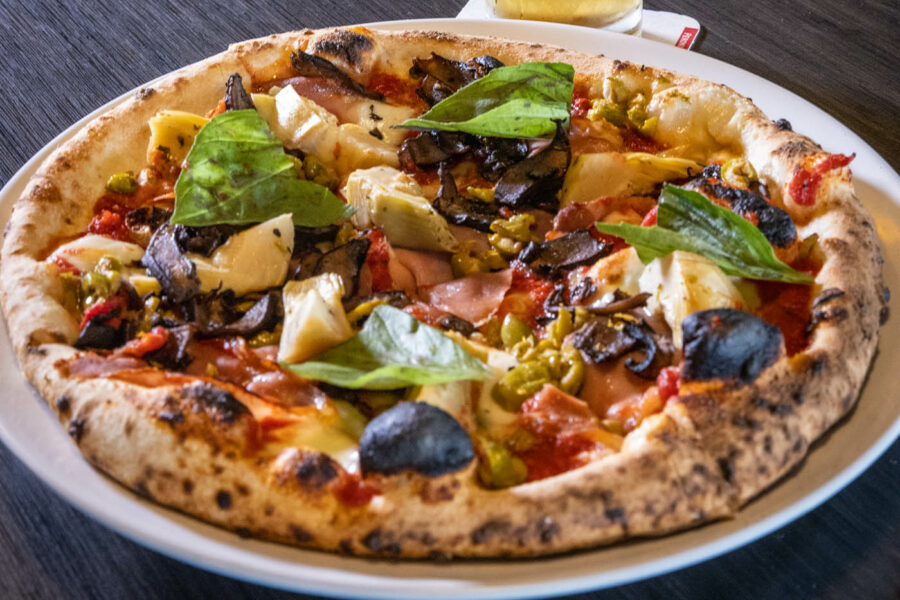 It’s not hard to see why, either. Hamilton is a city known for its massive Italian community and, beyond that, Italian food is simply delicious and universally loved. Nothing exemplifies comfort food more than a heaping plate of Pasta all’Amatriciana or a Neapolitan-style wood-fired pizza.

That’s why FestItalia – a local organization that has been promoting and uplifting Italian culture and heritage in Hamilton for 47 years – has created a celebratory culinary tour through the Hammer’s Italian food scene, which kicked off on September 20th and runs through to November 20th, 2022.

According to FestItalia Chair Mark Farrugia, the idea for the organization’s Culinary Tour was originally born of a desire to support Hamilton’s many Italian restaurants during the toughest points of this pandemic.

“As the idea of a food-driven festival, without large scale events evolved, it became clear that Hamilton and the surrounding areas were embracing the concept of ‘touring’ participating restaurants,” says Farrugia.

So how does it all work? FestItalia has partnered with nearly two-dozen Italian restaurants, bakeries, and cafes in Hamilton, with a few located in nearby cities like Grimsby, and Oakville as well.

Those Italian food spots are offering special FestItalia menu items for the duration of the event, allowing locals to explore the array of restaurants Hamilton has to offer from old-school establishments to more contemporary eateries.

Just some of the participating restaurants for the 2022 edition include long-standing local favourites like Valentino’s, Sweet Paradise, La Cantina, La Piazza Allegra, Rugantino, and Claudio’s alongside comparatively newer additions to the city like Industria, Born & Raised, Sasso, and Radius.

But that barely scratches the surface. Pizza places, fine dining establishments, and spots for sweet and savoury baked goods adorn a list that’s sure to keep hardcore Italian food lovers busy for the next few weeks.

To further encourage locals to head out and support their favourite Italian spots in Hamilton, FestItalia is also hosting a special Bingo contest where participants can get a special sticker at each participating restaurant they visit to add to their Bingo card.

Those who visit every restaurant on the list and complete their card can email it to FestItalia for the chance to win a special Dining Experience valued at $250.00.

Ensuring out-of-towners can get in on the action too, the FestItalia team has arranged some partnerships with local hotels like the Sheraton Hamilton, which is offering a $50 prepaid Visa Card for a one-night stay or a $100 card for a two-night stay; and the C Hotel by Carmen’s, providing their friends & family discount rate of 25 per cent off.

What FestItalia’s Culinary Tour also highlights is the sheer volume of Italian eateries going strong in Hamilton, with more than 20 as part of the event and dozens of others that aren’t.

It may seem remarkable that so many Italian spots can sustain themselves harmoniously in one single urban centre; but given how popular and accessible Italian food is, it’s not hard to see why Hamilton’s got a robust and loyal customer base for it.

Farrugia – a restaurateur himself with decades of industry experience and two local restaurants to his name in La Piazza Allegra and Sasso – understands that popularity as well as anyone.

“Italian food has always been an expression of taking simple ingredients such as tomatoes, eggplants, fruits and nuts, fresh herbs, olive oil, pasta and breads and elevating them through, simple cooking methods,” says Farrugia. “Italian food is very easily understood and approachable which makes it popular amongst all Hamiltonians.”

“With the large immigration of Italians – especially in downtown Hamilton – in the 1930’s-1970’s, Italian culture, food, and traditions came with them,” he adds. “As the downtown developed, many Italians opened grocery stores, bakeries and cafes, specializing in Italian goods and food.”

It’s that rich, long-standing history in Hamilton that has allowed it to be a cut above other cities when it comes to the evolution of Italian cuisine.

“Being part of a culinary scene that embraces Italian food has helped push Hamiltonian’s knowledge of Italian food to new and exciting levels.”

Now, thanks to FestItalia’s Culinary Tour, local food lovers have an excuse to sink their teeth into the wide range of Italian dishes and cooking traditions that Hamilton has to offer.

FestItalia’s Culinary Tour runs in Hamilton with participating restaurants, bakeries, and cafes from now until November 20th. Visit their website for more information and an interactive map of all participating spots. 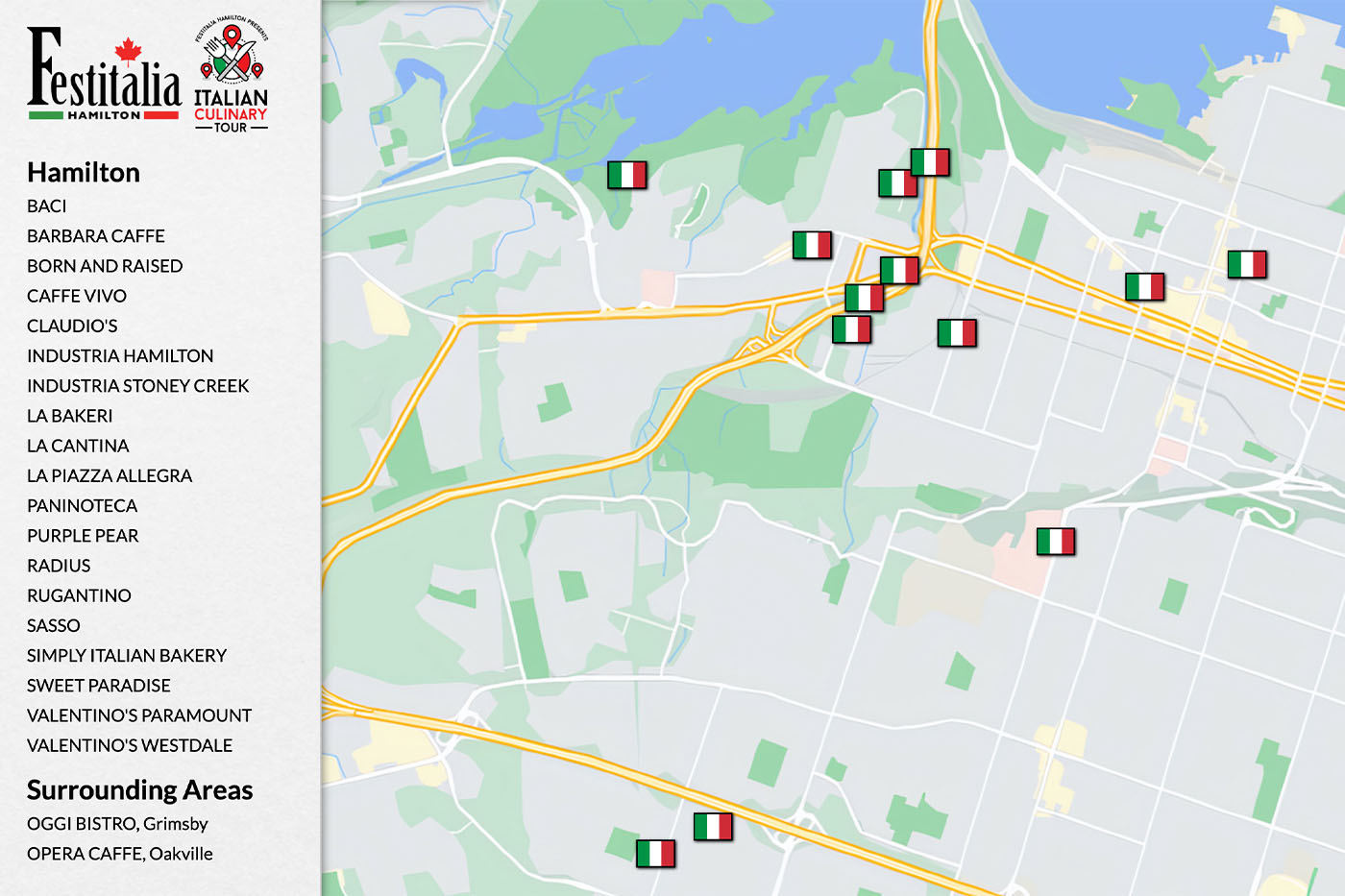