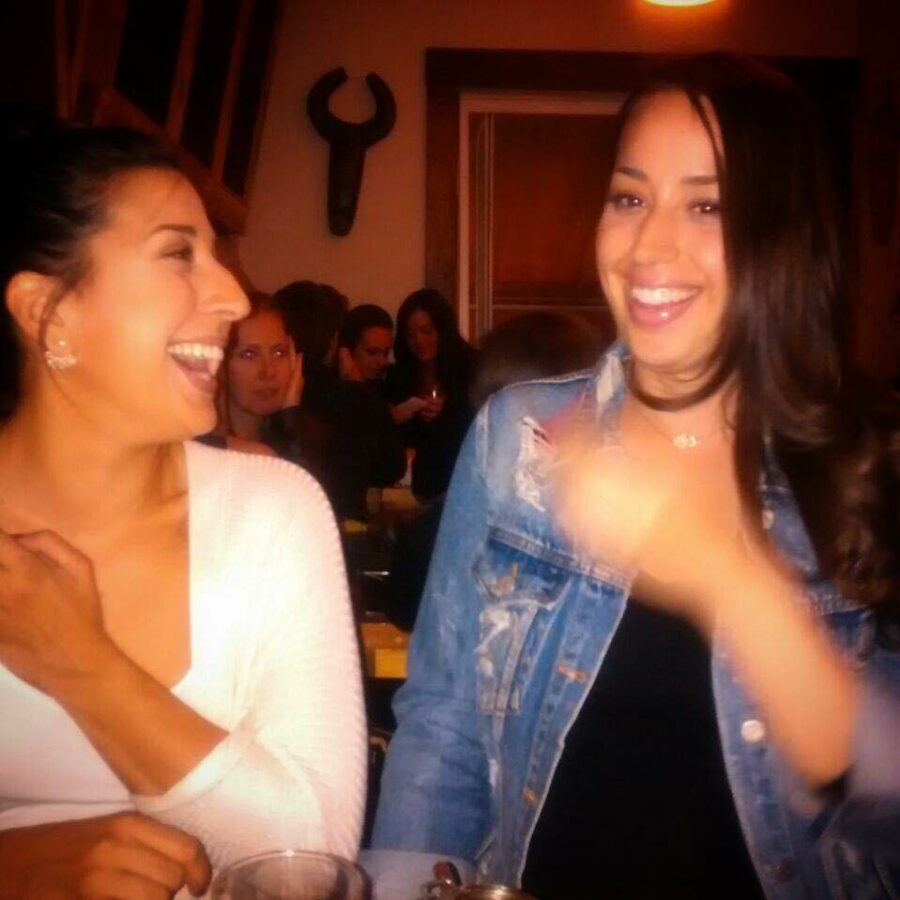 Opening the conversation and eliminating fears

My family’s experiences with mental illness over the past decade have left me with a number of learned lessons and deeper understandings around the elusiveness of mental health. One truth that I learned early on is that mental illness’ greatest obstacle is its intangible quality. In comparison to physical illnesses, which can be seen through scans, and for which a point of origin or cause can often be identified, mental illness is almost ethereal in that no one can point to the physical space it resides in or even identify why or how the illness was caused. There is a lot of unknown when it comes to the brain, and because we all naturally fear the unknown, it is hard to deny that this is the reason for the stigmatization of mental illness.

I watched this observation unfold as my family and I simultaneously supported my sister’s battle with schizoaffective disorder and my father’s battle with stage 4 nasopharyngeal carcinoma cancer. The ways that our family and friends engaged with each of their illnesses was very different; conversations about my sister were sparse and strained, where the conversations around my father were empathetic and actively supportive. I can only chalk this up to the fact that the unknowns of my sister’s illness made people incredibly uncomfortable, but the familiarity of words like “tumour” and “cancer” gave people a sense of comfort in having conversations about him. This is not an observation that I make to shame the different responses; rather, it is an observation that has made me realize that there is a major gap in how our society approaches mental illness. The truth is that we do not talk about mental illness enough, and that is what affixes it in the unknown. This realization is what has inspired me to share both mine and my sister’s struggles with mental illness.

My experience with mental illness began in the winter of 2007 when my sister was hospitalized, and soon after diagnosed with schizoaffective disorder, a mental illness that shares symptoms with schizophrenia and bipolar. On that cold day in 2007, the illogical thoughts that she was asserting, the scars on her arms that she finally shared, and the almost vacant look in her eyes caused me and my family to realize that my sister’s mental health needed immediate medical attention. Admitting her to the hospital and watching her during this period was utterly heartbreaking; my sister spiralled into a stranger that I had to somehow reconcile as being the same girl I had grown up with, bonded with and loved more than anyone, even though there were very few remnants of that girl in this stranger.

During this gruelling time, we came together as a family unit, visiting the hospital every day so that my beautiful sister would know that she was not alone. Without any ‘cure’, we advocated for her as doctors tried countless cocktails of medications that were accompanied by unimaginable side effects. As we pushed through, we eventually found a mix of medications that we could all live with. It wasn’t a perfect solution, but it let my sister return to a semblance of normalcy. While the years that followed can only be described as a roller coaster, my sister was able adjust back into life, successfully pursue her academic passions, and navigate the world without anyone on the outside being the wiser of the calamity she and our family had endured. We did all that we could to support her by proactively curbing any low periods by spending time listening to and validating feelings and emotions. Somehow, we all managed. The unknown soon became our familiar, as we got used to the ups and downs of her mental illness. While we all acclimatized, my sister would often lament over not feeling fully understood, and truly, she was right. No one could possibly understand the power of her pain, and imagining how lonely that must have felt was heartbreaking.

In addition to my sister’s concerns about how friends, potential partners, or future employers would judge all that came with having a mental illness, she also suffered from very real stigmas within the medical world. In addition to being diagnosed with schizoaffective disorder, she suffered from an awful physical condition called interstitial cystitis, or bladder pain syndrome, which also has no-known-cure. Because her medical records had her labelled as schizoaffective, her complaints about chronic pain in her bladder were continually branded by doctors as “being in her head.” She felt as though she would forever be plagued by this pain because her label meant that no doctor would ever take her seriously, and I felt as though their responses affirmed the infiltrating power of the fear of the unknown.

After years of trying to remain hopeful, her precarious mental health, her ongoing debilitating physical pain, and the incessant dismissal from physicians proved to be too much, and so, on February 9, 2016, my beautiful, talented, and loving sister chose to end her life. Through the letters she left for family and friends, we came to learn that this decision was not made lightly, and through her logical explanation, we accepted her reason; the pain of it all was unbearable. Utterly unbearable. Though we miss her dearly, I do not know that any of us would have been able to carry all of her mental, emotional and physical pain with as much grace as she did for as long as she did. My appreciation for her journey soon became that much greater, as my personal experience with mental illness began the day my sister’s ended, and it was only through my personal experience that I have been able to appreciate how heavy the weight of her plight must have been.

I have always been a very emotionally and mentally strong individual. Naturally, however, after her passing, I did not know how to process a life without my only sibling, but all of the emotions that came with this felt like a natural and necessary response in the grieving process. I would cry at any given moment, I would hug and kiss her personal belongings, and I would often just want to be alone. Slowly, the emotional pain I was experiencing escalated. Every night I would cry endlessly and get stuck in looped memories of seeing my lifeless sister on her bedroom floor and would obsess over all the ways I could have possibly prevented this loss. There were nights when I would wait for my husband to fall asleep so that I could sneak into the living room to cry without disturbing him even though I knew all he wanted to do was help. The anguish that was piling up started to turn physical for me; I missed my periods, my chest felt as if it was being crushed by a 200 pound weight, and I started to realize that I was always sad. On one particularly awful night, I needed a way to force my mind off of my looped memories, so I dug my nails into my thighs, and I successfully escaped those haunting images. In that moment, I felt as though I tapped into the place that my sister had once been, the place that I had always tried to sympathize with but could never fully understand. Truth be told, I never understood why anyone would choose to hurt themselves, but on that night, I had a glimpse into why and how it happens, and that realization terrified me. I quickly identified that my mental health was likely slipping into mental illness, so I sought out the help of a psychiatrist who diagnosed me with PTSD. Through his help and guidance, I was offered a number of great strategies to cope, one of which was taking anti-depressants. Though I was nervous about side effects, I knew that something needed to change, and that just as my sister had toughed it through countless medications to find the right one, I could too. Along with using medication, I also found other healthy ways to deal with my pain, like sharing mine and my sister’s stories, and by connecting with others who have similar stories, and there are many.

While I hope that in sharing our stories it may make conversations about mental illness a little less scary, I would be remiss not to mention the range of opinions that are held when considering different cases on the spectrum of mental illness. I am very cognisant that my experience with PTSD is far easier for people to engage with, as my diagnosis has a cause, has a relatively successful prognosis, and has had a great amount of coverage in the media. Because my sister’s diagnosis does not have any of these qualities, it makes it understandably hard to engage with. The only way this will change, however, is if we talk about the unknown and transform foreign mental illnesses into familiar ones. I hope to honour my sister by continuing to share her story so that one day we can have conversations about mental illness without fear and so that those with mental illness might be granted the empathy they so deserve.