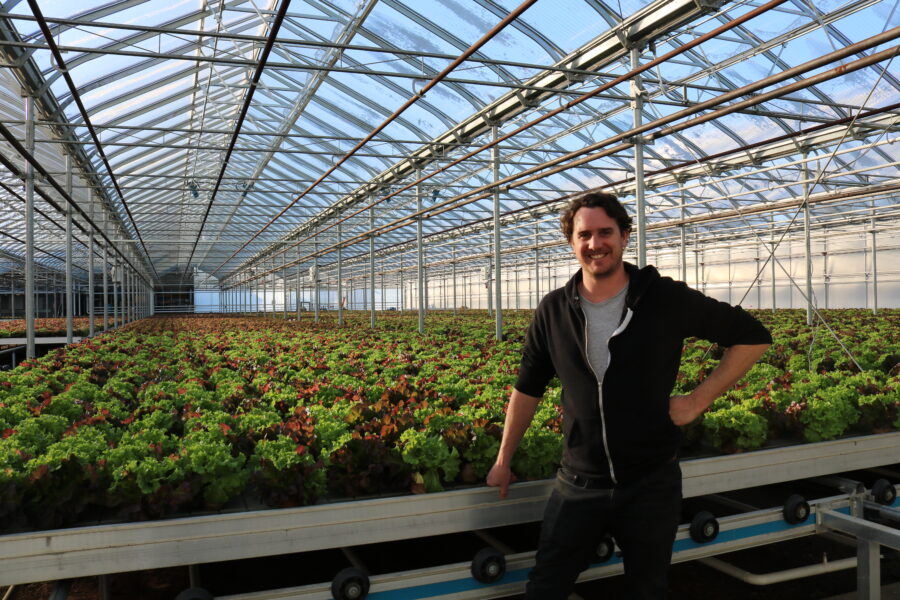 The people growing your better health

It’s on a blustery, frigid winter morning that Ian Ritchie greets the well-bundled employees arriving for work in just running shoes, jeans, and a T-shirt. Why? As part owner of one of southern Ontario’s most successful and award-winning greenhouse operations, he works in a comfortable 20 degrees Celsius greenhouse. Welcome to Lynden, Ontario’s Greenbelt Microgreens.

If you’re not entirely sure what a microgreen is, they are the shoots of salad vegetables, such as arugula, Swiss chard, mustard, or beetroot, which are picked just after the first leaves have developed. Greenbelt grows nutrient-dense sunflower sprouts, pea shoots, wheatgrass, and other microgreens on an average ten-day growth cycle, with a shelf life of thirteen days.

Greenbelt dedicates 3.5 acres of greenhouse space to microgreens, and their clients include major national grocery chains such as Loblaws, Sobeys, Whole Foods, Longo’s, and Fortinos.

“I started out in the finance industry – the total opposite world from where I am now,” says Ritchie. “I enjoyed it, but it wasn’t me. I needed to be near the soil, get my hands dirty, [to] provide a product that [improves] people’s eating habits.”

Co-owner Ian Adamson opened Greenbelt Microgreens in 2010 putting to use his considerable experience in growing flowers, herbs, and other plants.

“I really believe this product is not only great for your health but an example of the innovation that is happening in Hamilton’s agriculture sector,” says Adamson. “What we’ve always been after is innovation in agricultural production, and our microgreens are attracting [more] customers because of the science in producing a superior product.”

This innovative approach has also attracted the attention of the industry. In December 2017, Greenbelt was awarded the Premier of Ontario’s top award for Agri-Food Innovation Excellence. The Premier’s Awards are presented at the annual Summit on Agri-Food, which brings together industry leaders from across the province.
“That signaled a major point in the development of our company,” says Ritchie. “We’re very confident in our product and have a commitment to grow only the best. To have the Premier and Agriculture Minister [of Ontario], and, most importantly, our peers recognize us shows we’re on the right path. But it’s not about the awards, it’s ultimately about the best product and we know we’re producing that in Hamilton.”
And for the future of the company?

“We’re already planning for an expansion. We can’t keep up with the demand,” says Adamson. “We want more stock, more variety, and we want to make it all here in Hamilton. It’s where we set up roots – literally – and we’re happy to be here.”