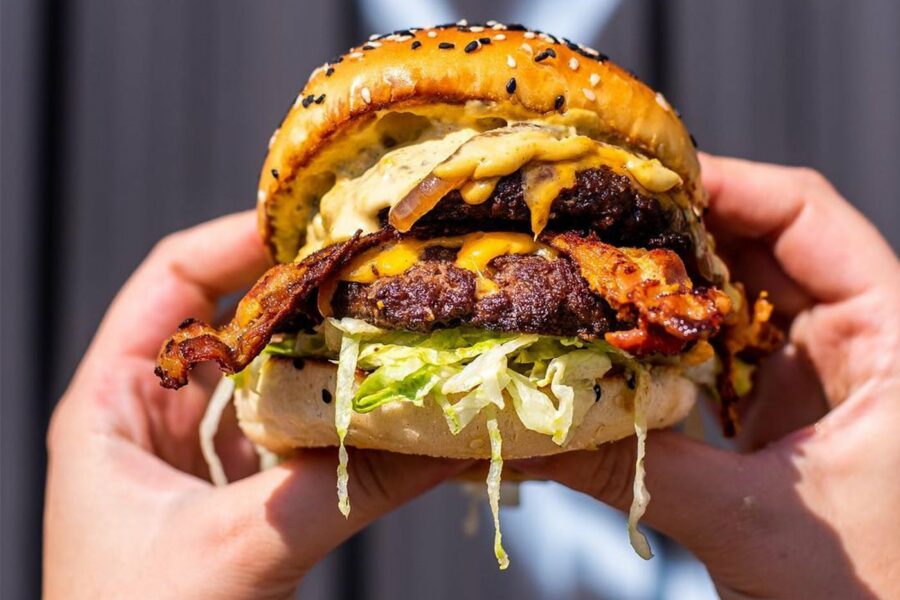 The wait is over — HAMBRGR on King William reopens to the public today.

After closing their doors in mid-January to merge their space with neighbouring restaurant FSH & CHP (which they also operated), the announcement to reopen the newly renovated space was made through Chef Michael Cipollo’s personal Instagram page informing burger-hungry Hamiltonians that Thursday (today) is HAMBRGR’s relaunch date.

The King William location offers TWO outdoor patios; one is a permanent wrought-iron fenced section directly in front of the restaurant while a secondary wooden pop-up patio is situated on the street. When combined with the patios, the revamped location will offer 100 seats — more than double the previous capacity.

The larger space will be able to accommodate a reservation system; a feature that was too challenging to implement in the former, smaller unit.

Fans will also be happy to hear that Chef Smash — the restaurant’s weekly chef’s special — will be a permanent fixture at this location.

And if all that wasn’t enough, an updated menu will include their extreme milkshakes that only the Ottawa Street location was serving up until this point.

HAMBRGR only opened in 2015 yet it’s been woven into Hamilton’s culinary scene so tightly that it feels as though it’s been a staple restaurant for decades. Their mantra of well-crafted, locally sourced burgers paired with craft beer was a winning combination that’s won the hearts of Hamiltonians at a rapid pace. This remodelled space is bound to be an instant hit.

HAMBRGR King William opens for service today at 11 am.