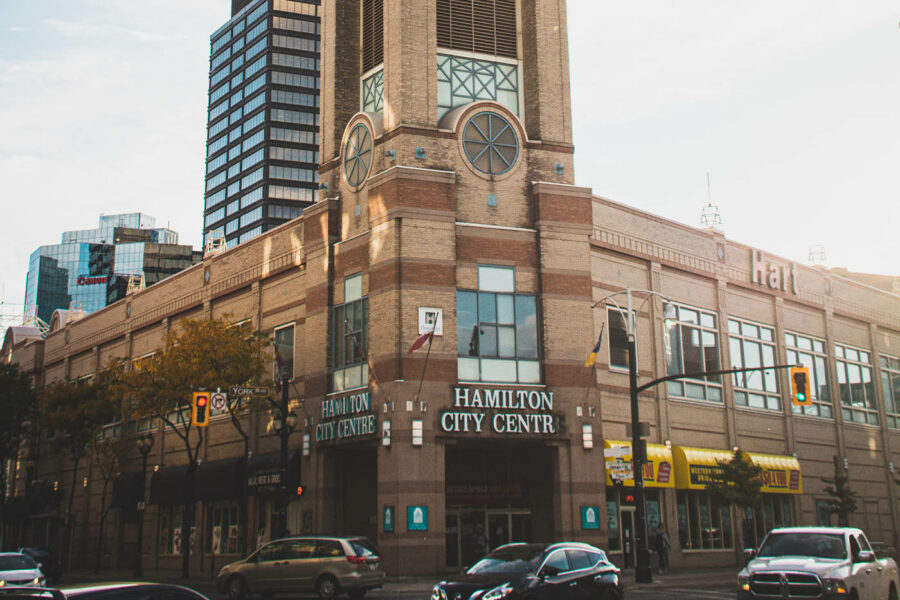 After being purchased by developers back in 2019, the Hamilton City Centre as we know it is set to close on December 26th.

This iconic fixture of Downtown Hamilton – the previous home of the Hamilton Eaton Centre, notable for its eye-catching clock tower and high ceilings with bright skylights – is now owned by IN8 Developments, who plan to demolish the centre next year and use the site to erect four new residential towers.

The clock has long been ticking for the City Centre’s remaining resident businesses; the centre has functioned as a de facto extension of Jackson Square Mall, featuring numerous small shops, offices, and a lower-level food court.

It’s deeply sad to see this longstanding local icon bid farewell, but the Hamilton City Centre is thankfully going out with a bang thanks to local organizations Hamilton Flea and Schoolhouse Rave.

On Saturday, November 19th from 3 pm to 6 pm, locals can visit Hamilton City Centre for the Mall Madness Dance Party, an all-ages event with a $5 cover featuring some nostalgic 80s and 90s bops and all kinds of communal fun to help give the City Centre a fitting send-off.