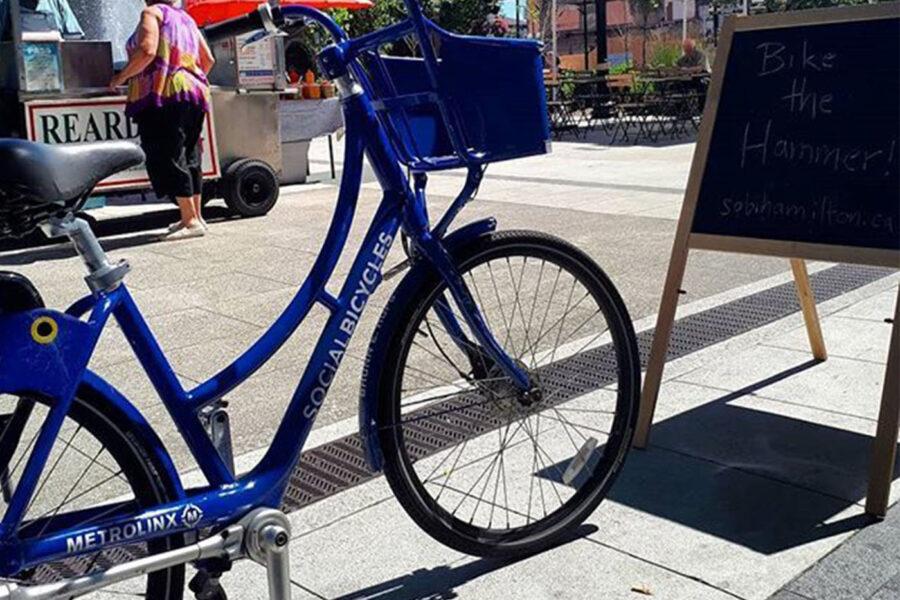 In a blindsiding and extremely controversial decision by city council yesterday, Hamilton’s SoBi bike share program has been scrapped and will officially end on June 1st.

This result comes after a rapid-fire turn of events launched by an announcement last week from Social Bicycles LLC that they would be halting maintenance and operation of the popular SoBi bike share transit service; effectively violating their contract with the city, which had recently been extended to February 2021.

The company, now owned by Uber Canada, cited struggles and losses as a result of COVID-19 as a key reason for the decision to halt operations and maintenance of the service in Hamilton.

From there, the fight to keep the bike share service alive in Hamilton was on. A petition was quickly circulated by local advocacy group Cycle Hamilton, receiving well over 6,800 signatures in a matter of days.

On top of that, city staff were scrambling to find a way of saving the valuable, eco-friendly, and cost-effective bike share service, which had reached around 26,000 local users; a number only growing as locals sought out alternative means of transit amid the COVID-19 pandemic.

In Wednesday’s meeting, however, city council’s vote regarding investing $400,000 to save SoBi in Hamilton ended in an 8-8 tie which, in accordance with the city’s procedural rules, means the vote fails.

Councillors who voted against spending the $400k, which would have been pulled together from the capital budgets of three of Hamilton’s lower city wards, cited a lack of money to spend and pointed to the city facing a multimillion dollar deficit at the hands of COVID-19.

The bikes and their stations, which are city-owned,  are now set to be removed and placed in storage, leaving the door open for a potential third-party operator to restore the service in the future.

The public outcry at the news has been nothing short of vicious, with many Hamiltonians on social media calling the result everything from short-sighted to spiteful to classist. Even some city councillors were quick to publicly express their outrage and disappointment.

“I’m so embarrassed to be a member of city council right now,” said Ward 8 Councillor John-Paul Danko on Twitter. “Make no mistake – the majority of Council killed @SoBiHamilton out of pure spite. They voted it down because it is important to the wrong people – they know you care about it & know it would hurt. Shameful.”

Other Hamiltonians also jumped to share their feelings on social media; especially those who actively use the bike share service as part of their regular commute.

“Infuriating. SoBi is how I commute to school and volunteering – alongside 26,000 other Hamilton residents,” tweeted McMaster student Carly Eisbrenner.

Some locals also point to the removal of SoBi as a move that directly impacts the safety of local transit users in the middle of the COVID-19 pandemic.

“Do you know who (for the most part) DON’T own their own bikes? People who live in small apartments with other people, who don’t own cars, many of whom are ‘essential workers’, tweeted Sophie Geffros, a Ph.D student at McMaster University. “Killing SoBi will mean these workers are exposed to COVID on public transit.”