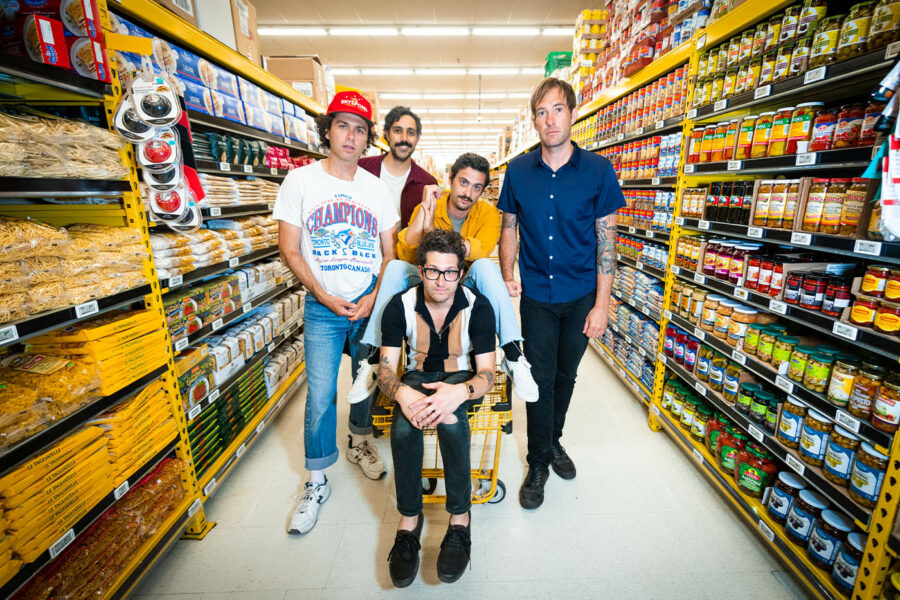 Hamilton’s beloved rockers Arkells have been announced as the 2022 recipients of the prestigious Allan Slaight Music Impact Honour at this year’s Canada’s Walk of Fame Gala.

The award-winning band, headed by frontman Max Kerman alongside bandmates Anthony Carone, Mike DeAngelis, Nick Dika, and Tim Oxford, have already had an incredible year, winning Group of the Year at the 2022 Juno Awards and hosting the return of the wildly successful concert event The Rally at Tim Hortons Field this summer.

Our 2022 Allan Slaight Music Impact Honourees are @arkellsmusic! Hailed by The Globe and Mail as “the right kind of band for this decade,” #Arkells are widely considered one of the most passionate, exuberant & in-demand live bands on the scene today.https://t.co/P1Lzw8hzXo pic.twitter.com/qfytF7Uj8c

Not only does the band have a gigantic following for their bop-heavy discography, they’ve also proven to be meaningful community advocates, making impacts as small as playing a driveway concert for a McMaster University grad during the pandemic, or as large as spearheading the $80,000 refurbishment of a public basketball court at Woodlands Park in Barton Village.

For both their charismatic talents and their community-minded efforts, the Slaight Family Foundation has chosen Arkells as this year’s recipients of this significant honour.

“When I think of Arkells, I think of unity, community, heart and sheer talent,” said Gary Slaight, President and CEO of The Slaight Family Foundation.

“They lead with compassion and integrity and epitomize the values that my late father Allan had in mind for this special honour. They are an inspiration and deserving of this recognition.”