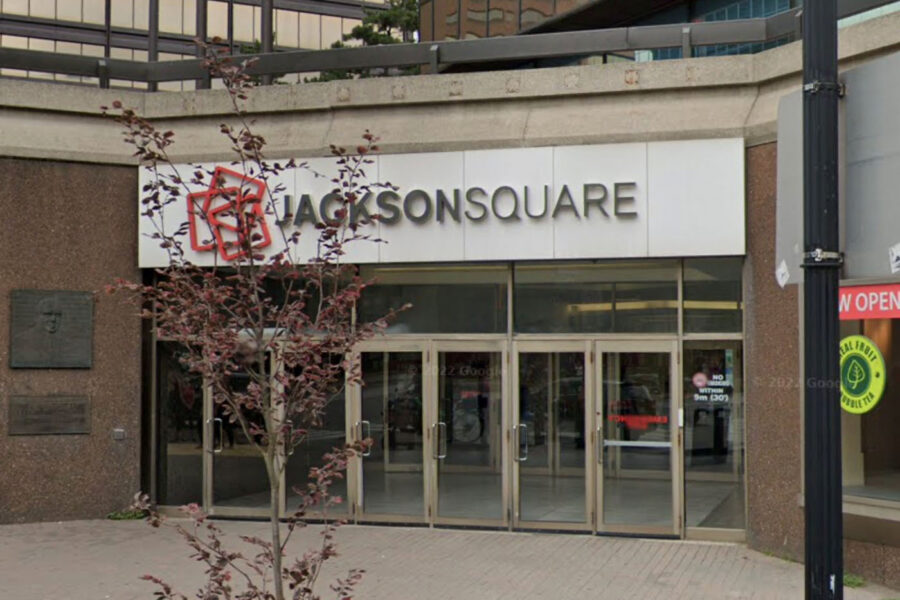 Jackson Square, a Hamilton shopping mall that’s as iconic as it is controversial, was built in 1972 in the central lower city and has been a prominent fixture of the Hammer ever since.

Currently home to nearly 100 diverse retailers, 21 businesses within four office towers, and thousands of employees, Jackson Square – whether you love it or hate it – is an undeniably robust piece of Hamilton’s identity and economic standing.

1972 was the start of Hamilton’s downtown urban renewal project, with the opening of Jackson Square Phase 1.

My, how downtown #HamOnt has changed in the last 50 years!

Whether you’ve shopped for groceries at Nations; caught a movie at Landmark Cinemas; or browsed shops like Coles, Roots, or Rexall, there’s hardly a Hamiltonian that doesn’t have some relationship, big or small, with Jackson Square.

The mall also serves as a connection point to other noteworthy Hamilton institutions including FirstOntario Centre, the Hamilton Public Library’s central branch, and the Hamilton Farmers’ Market.

To commemorate Jackson Square’s 50 anniversary, the mall has commissioned a three-part mural project, where local artists will create striking works of public art at Jackson Square over the course of three months and into 2023.

Do you have any favourite memories of Jackson Square? Let us know in the comments!