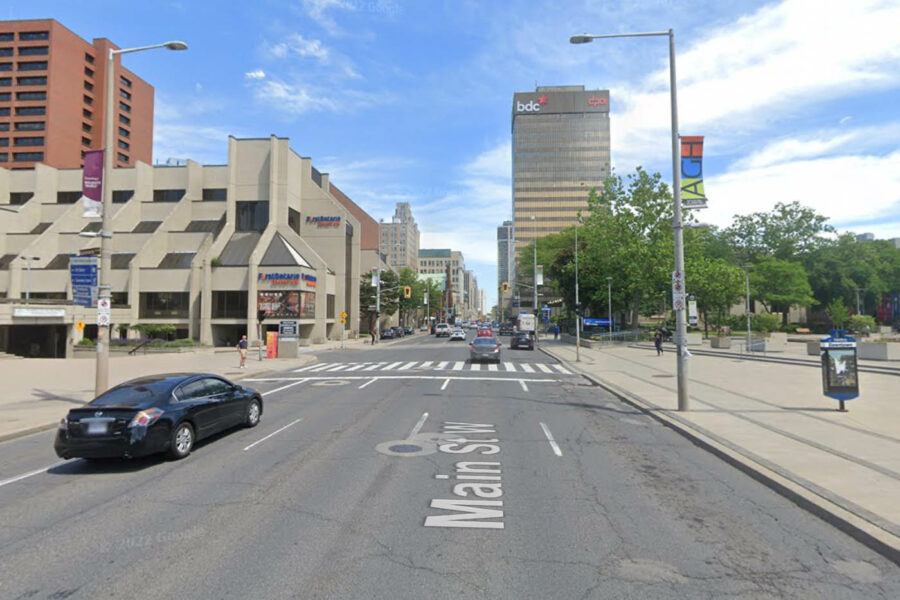 The City of Hamilton is currently in the midst of reducing Main Street from five lanes to four between Dundurn Street and Sherman Avenue.

It’s a step in the process of adding safety enhancements to the major lower city street, with the eventual plan to convert Main Street to two-way traffic.

Beginning on Monday, August 15th, crews have been working overnight to reconfigure the lanes on Main Street, adding a pedestrian buffer on the street’s south side to help prevent side swipe collisions.

The city is also integrating a designated bus-only lane on the south side at Main and MacNab, with a transit signal added at the intersection to give HSR buses priority.

The work to convert Main Street to four lanes, including restriping and other associated work, is expected to be completed – weather permitting – by Saturday, August 20th.

Local drivers are advised to pay close attention to the updated pavement markings and pay attention to all of the newly added measures along Main Street, including No Right Turn on Red restrictions.