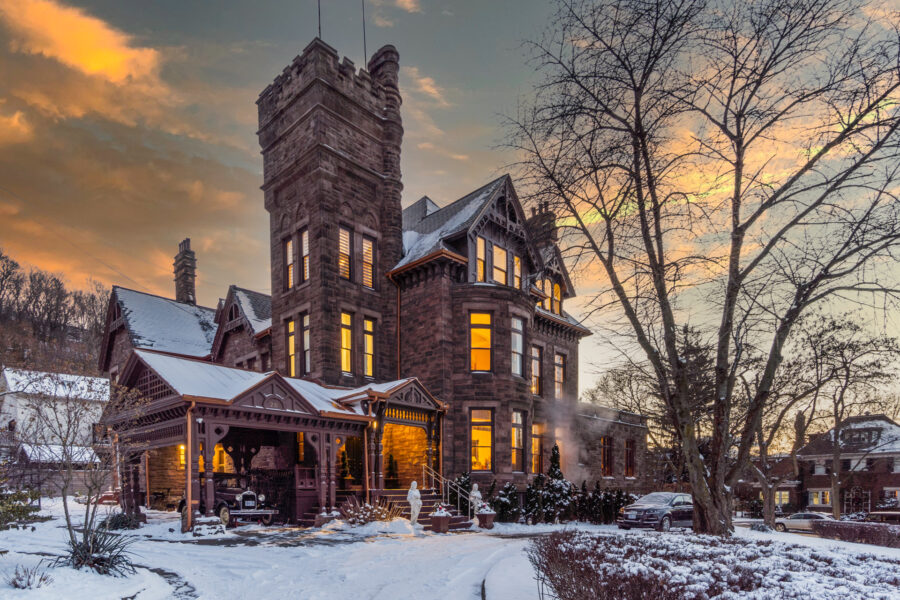 Hamilton’s Ravenscliffe Castle is for sale

If you’ve ever wanted to live in a castle, now is your chance. Hamilton’s prestigious Ravenscliffe Castle is available for sale as a once-in-a-lifetime opportunity to own the most coveted address in the city.

Located in the gorgeous Durand neighbourhood at the base of the escarpment, this historical structure is the epitome of real estate wealth in Hamilton.

Built in 1881, Ravenscliffe Castle is the focal point of Ravenscliffe Ave — the street is in fact the estate’s former private laneway. Originally covering 9 acres of land, grounds of the palatial estate were gradually severed and sold to allow for the construction of other luxury homes. 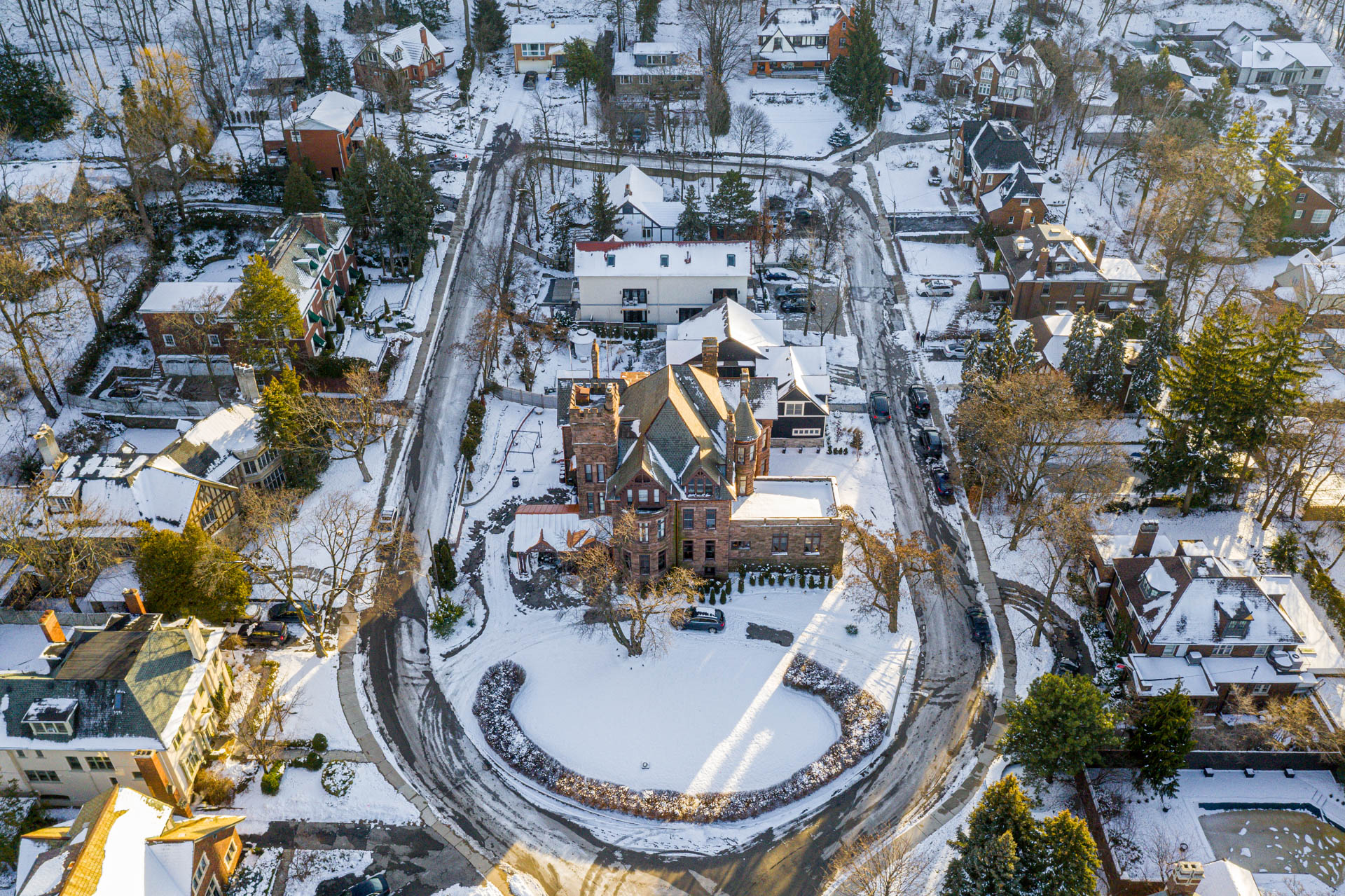 While Balfour’s designs tend to be characterized as a mix between Romanesque and Gothic styles, his use of Scottish stone exteriors, dramatic roof lines, tall windows, turrets, and decorated bargeboard create a unique style that’s garnered national attention. 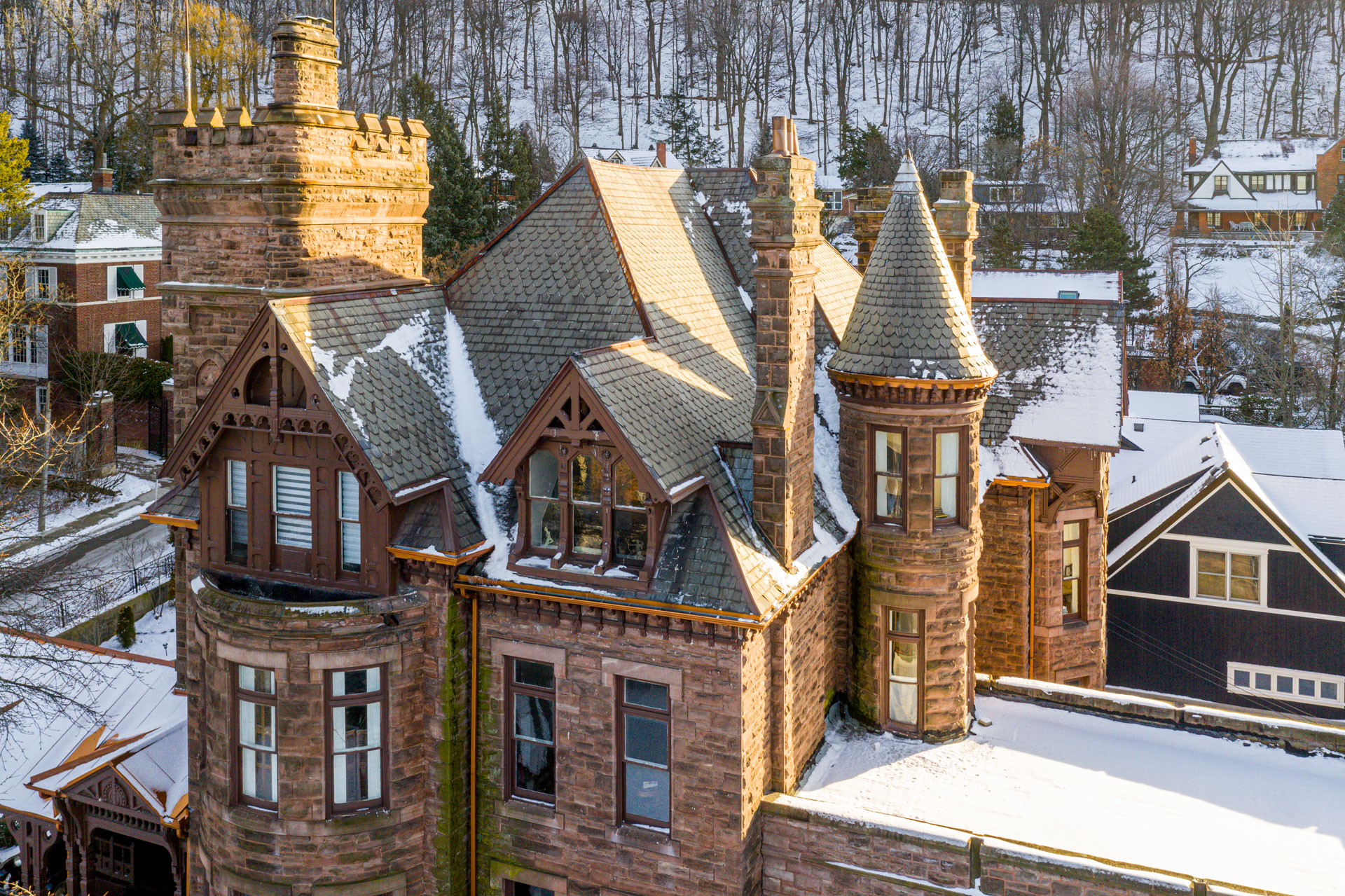 Many consider Ravenscliffe Castle to be one of Balfour’s greatest works as it epitomizes several of his trademark elements into a single glorious structure that’s truly one of a kind.

The 3-storey estate boasts 12 bedrooms, 8 bathrooms, 8 fireplaces and over 12,000 square feet of space. There’s even a five-storey tower known as a ‘castle keep’: a structure which is traditionally used as a fortified refuge during battle, but in the case of Ravenscliffe Castle, was designed as a mark of notoriety. 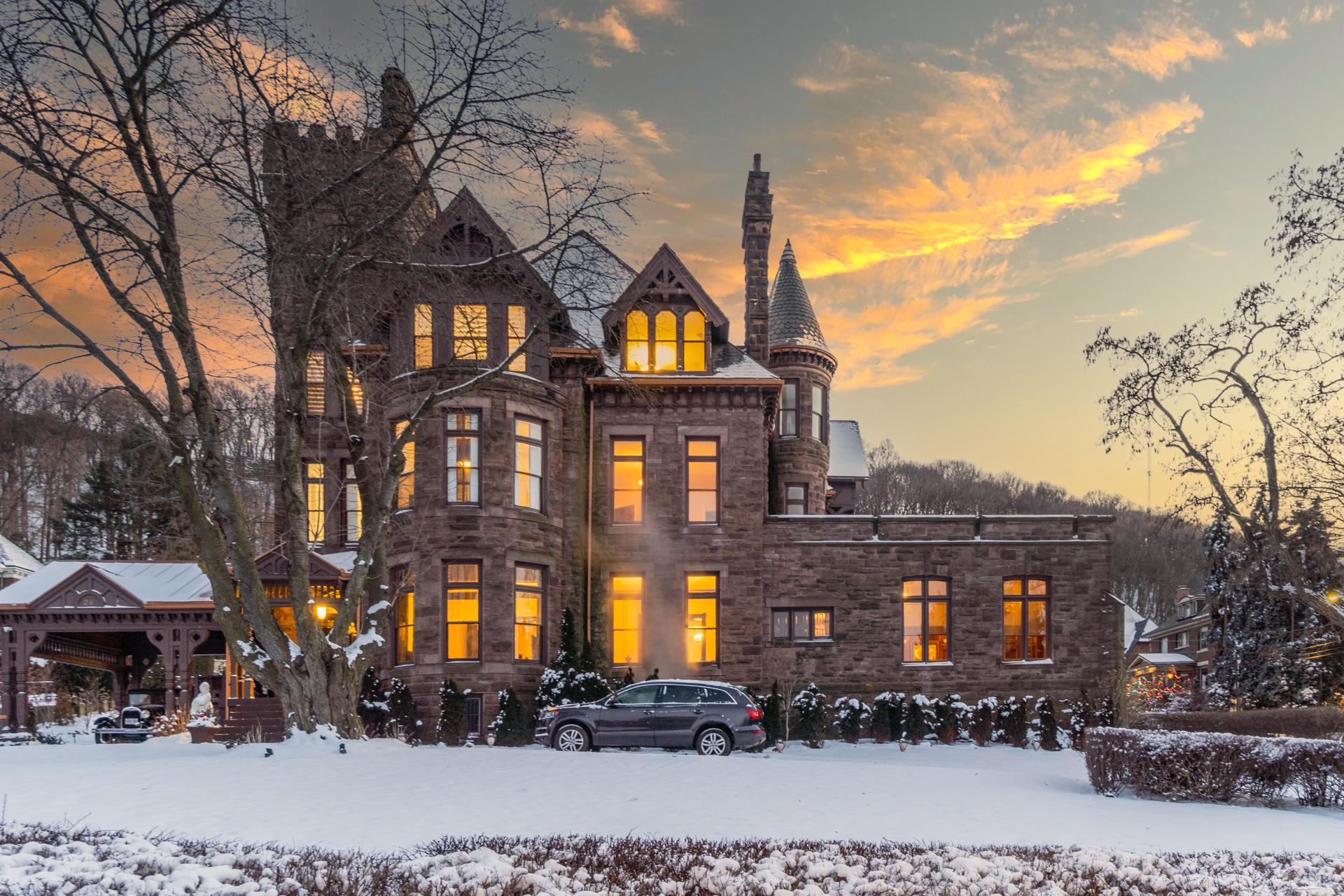 Now let’s take a look inside.

Starting with the grand foyer on the main level, beautiful carved woodwork, beams, doors, and intricate mouldings greet you throughout every area of the home. 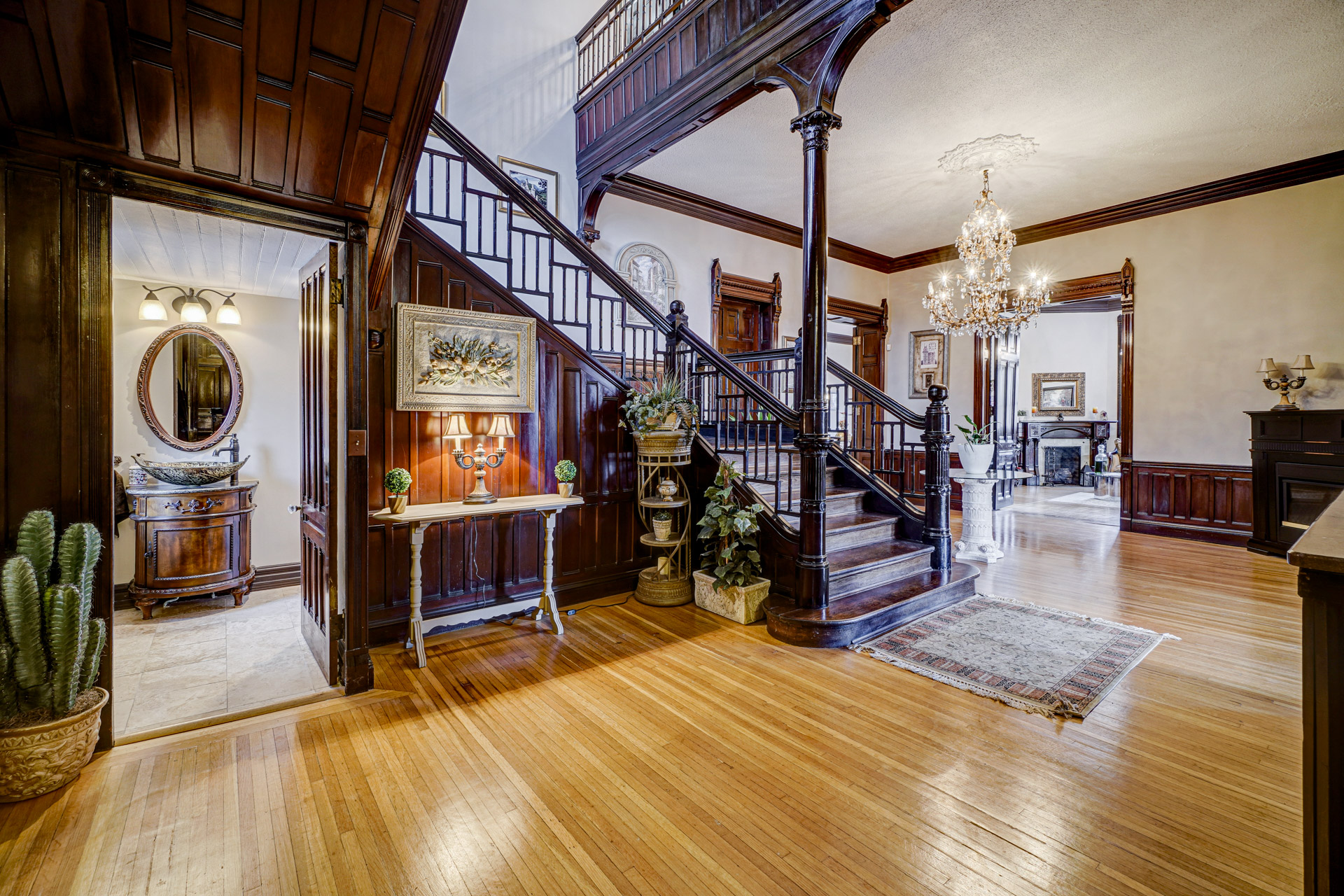 The living room, facing the front of the property, has a level of opulence fit for a ballroom. 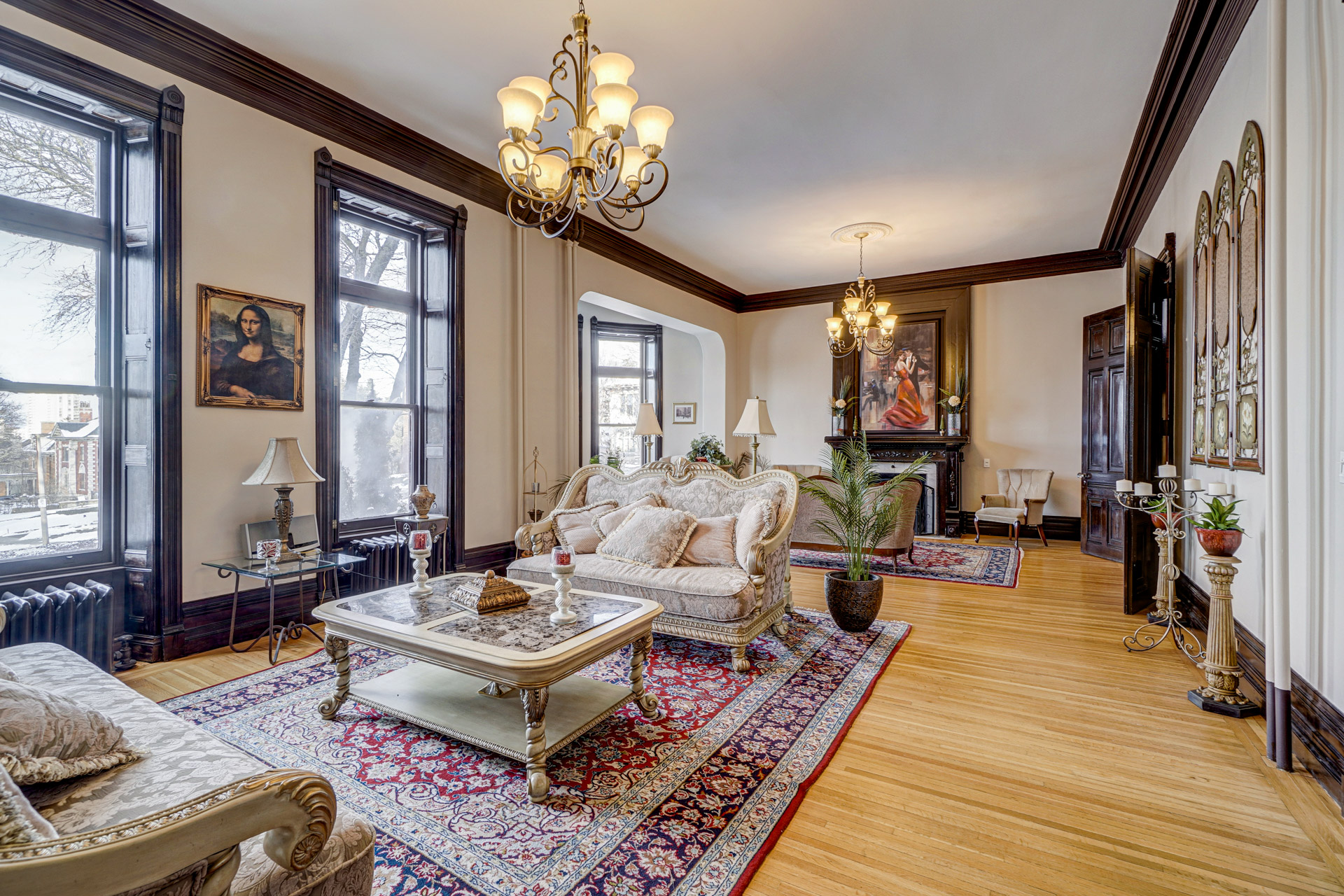 Off of this room is the former library, which currently houses a billiards table under two chandeliers attached to stunning gilded ceiling medallions. 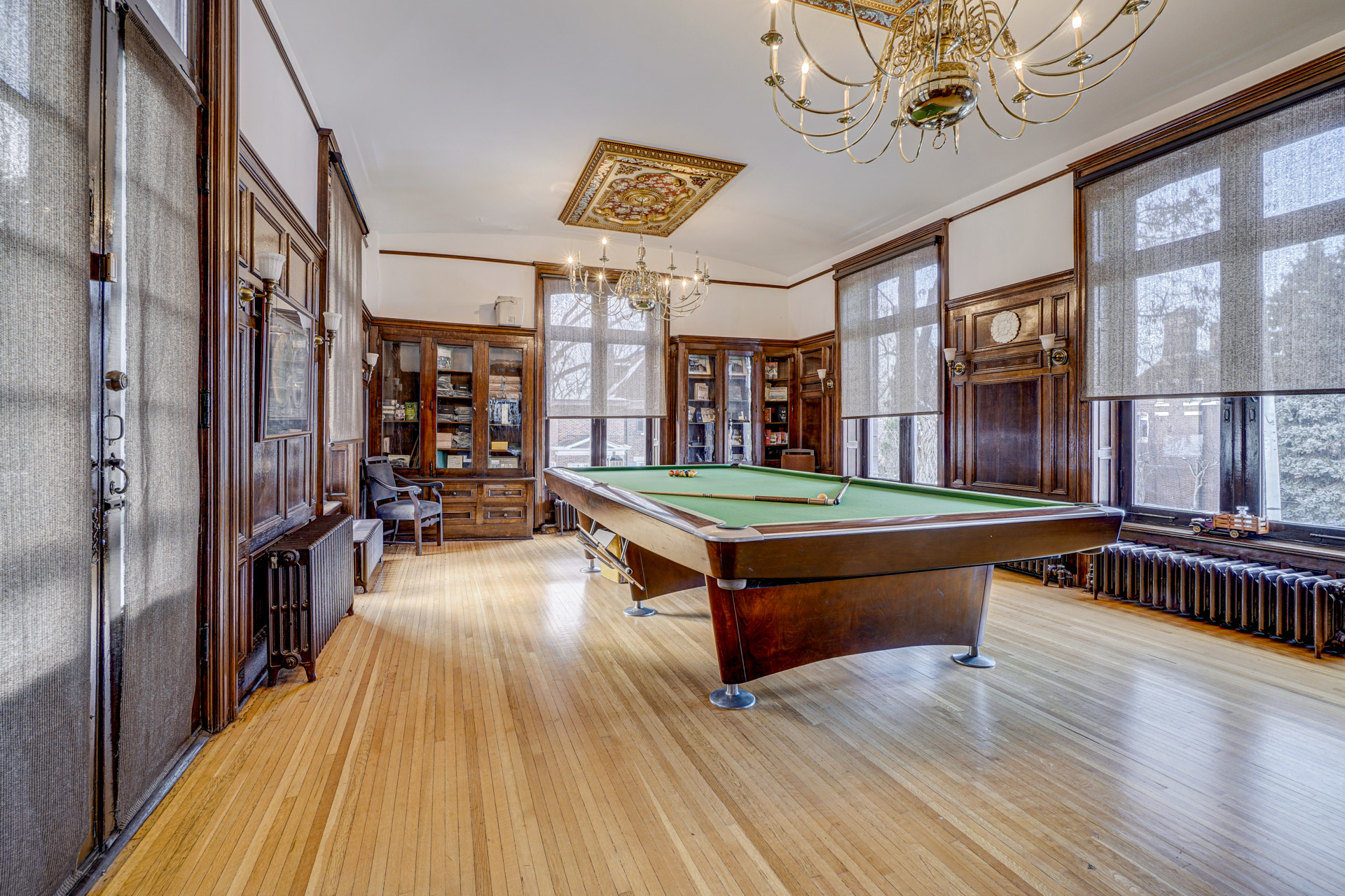 From this room (also accessible through the living room) is a gathering area, likely used by the women and their guests when the men gathered in the living room or library. 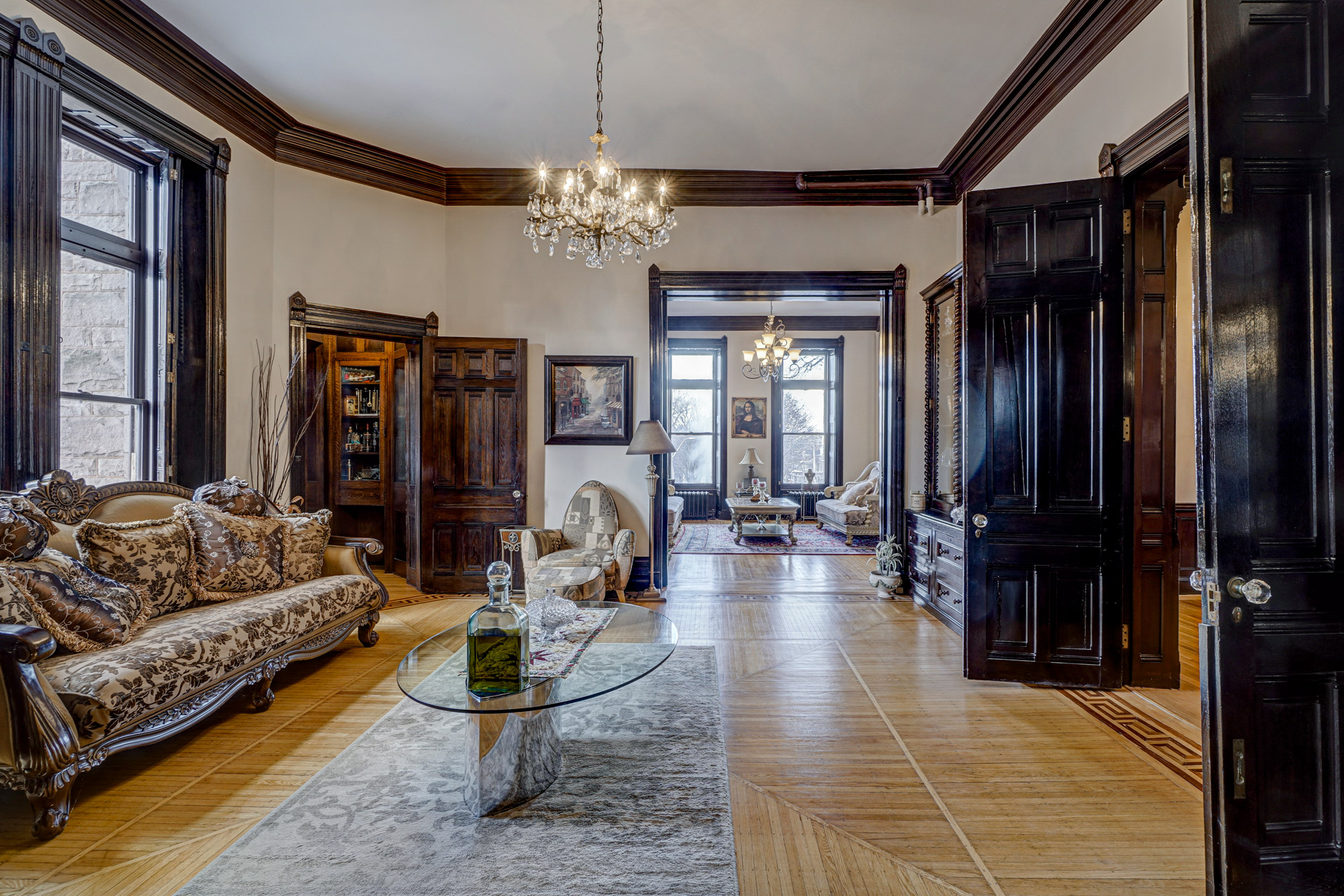 The dining room table – large enough to seat 12 people – is separated from the gathering spaces through multiple sets of pocket doors. 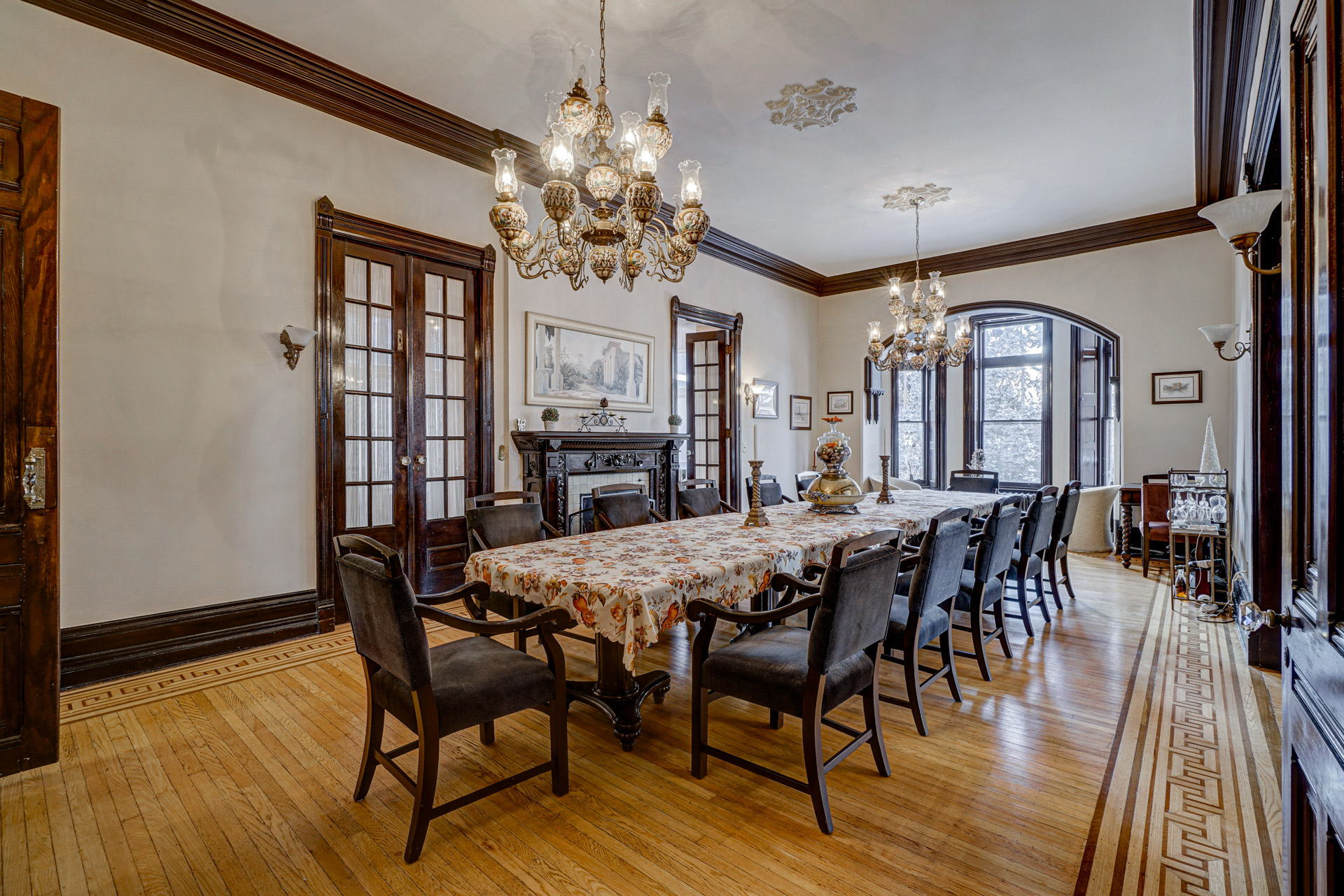 The kitchen is a true showstopper. It has been completely redone in a tasteful manner that matches the elegance of the property including granite countertops, oak cabinetry, and stainless steel appliances. 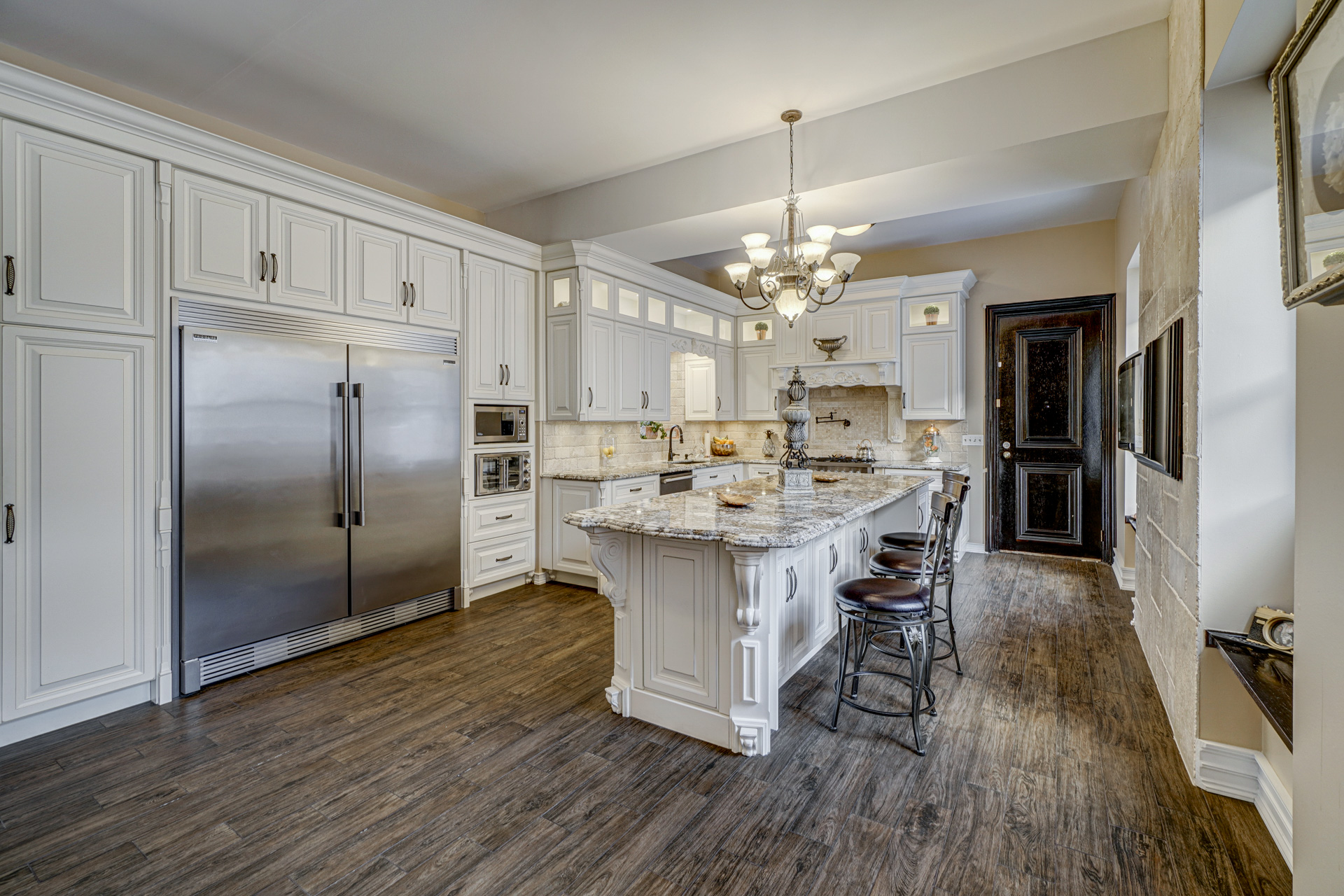 The current owners spared no expense to include several upgrades like pot lights in the glass upper cabinets as well as a pot filler over the gas oven. 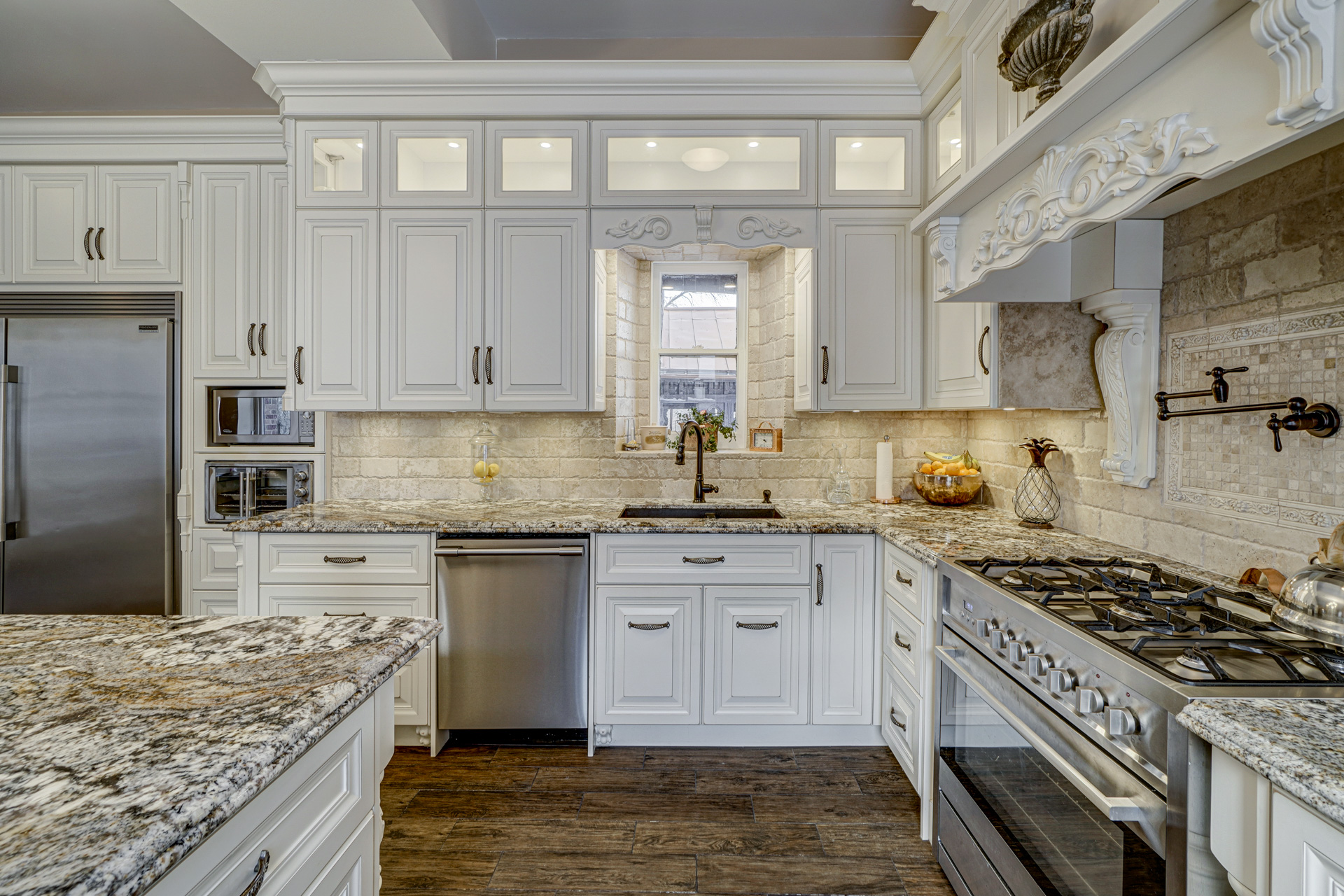 Gorgeous wainscoting adorns the foyer and as you ascend the grand main-level staircase, you will be greeted by a stunning landing with a chandelier on the second storey before heading to the first of 12 bedrooms. 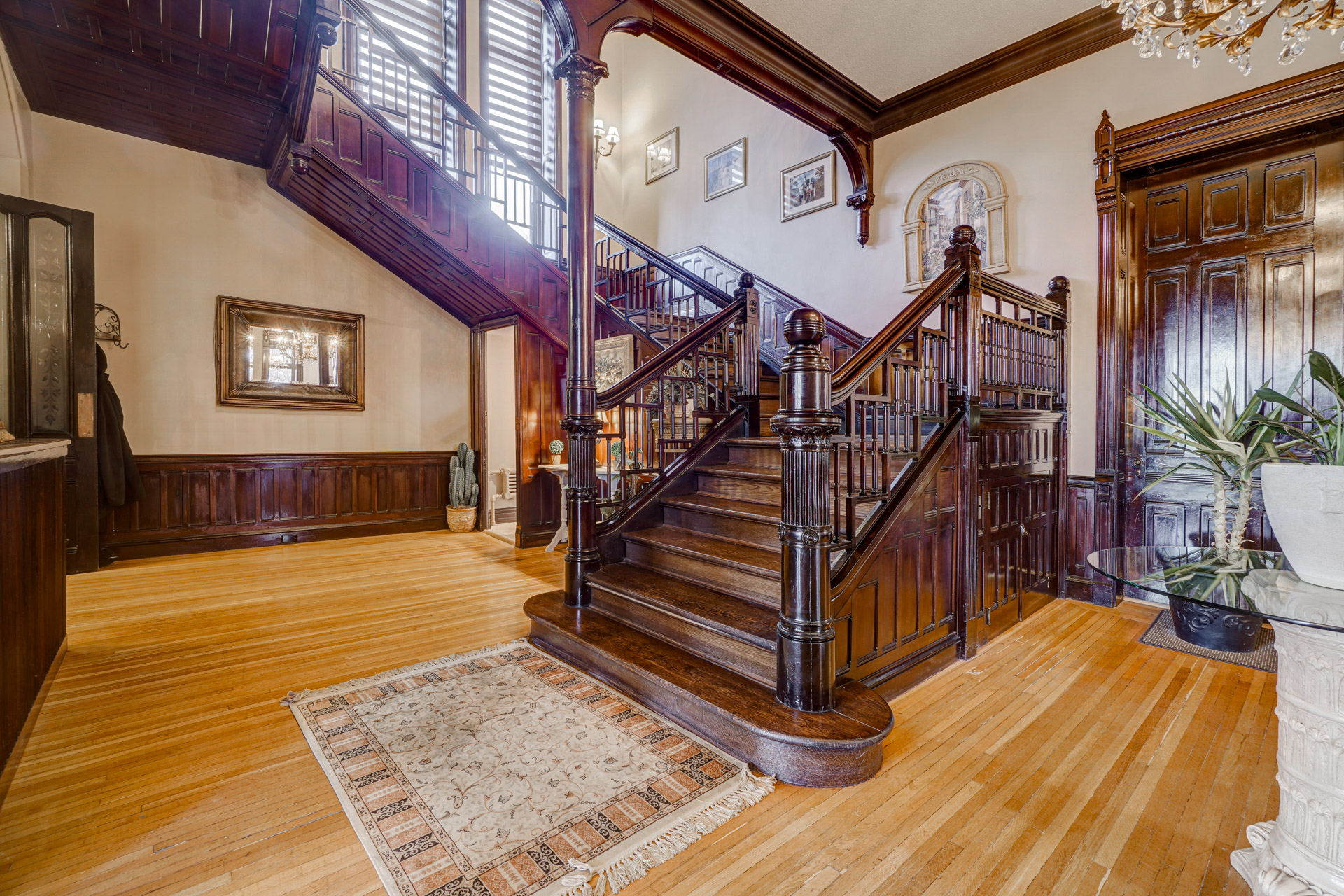 The master bedroom is nothing short of astounding, with a private space so large it has its own living room and sunroom. 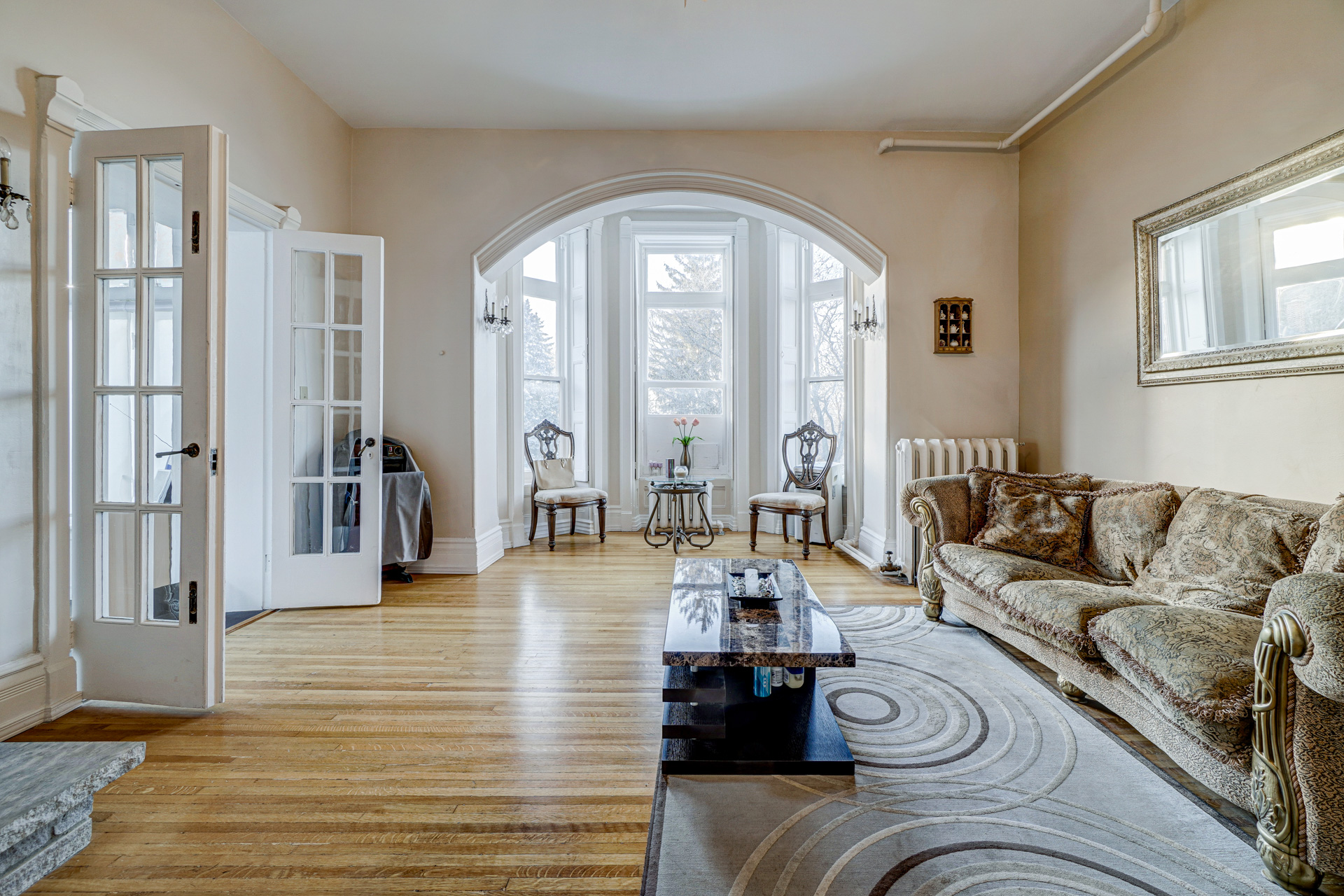 It also has an absolutely phenomenal master bathroom. 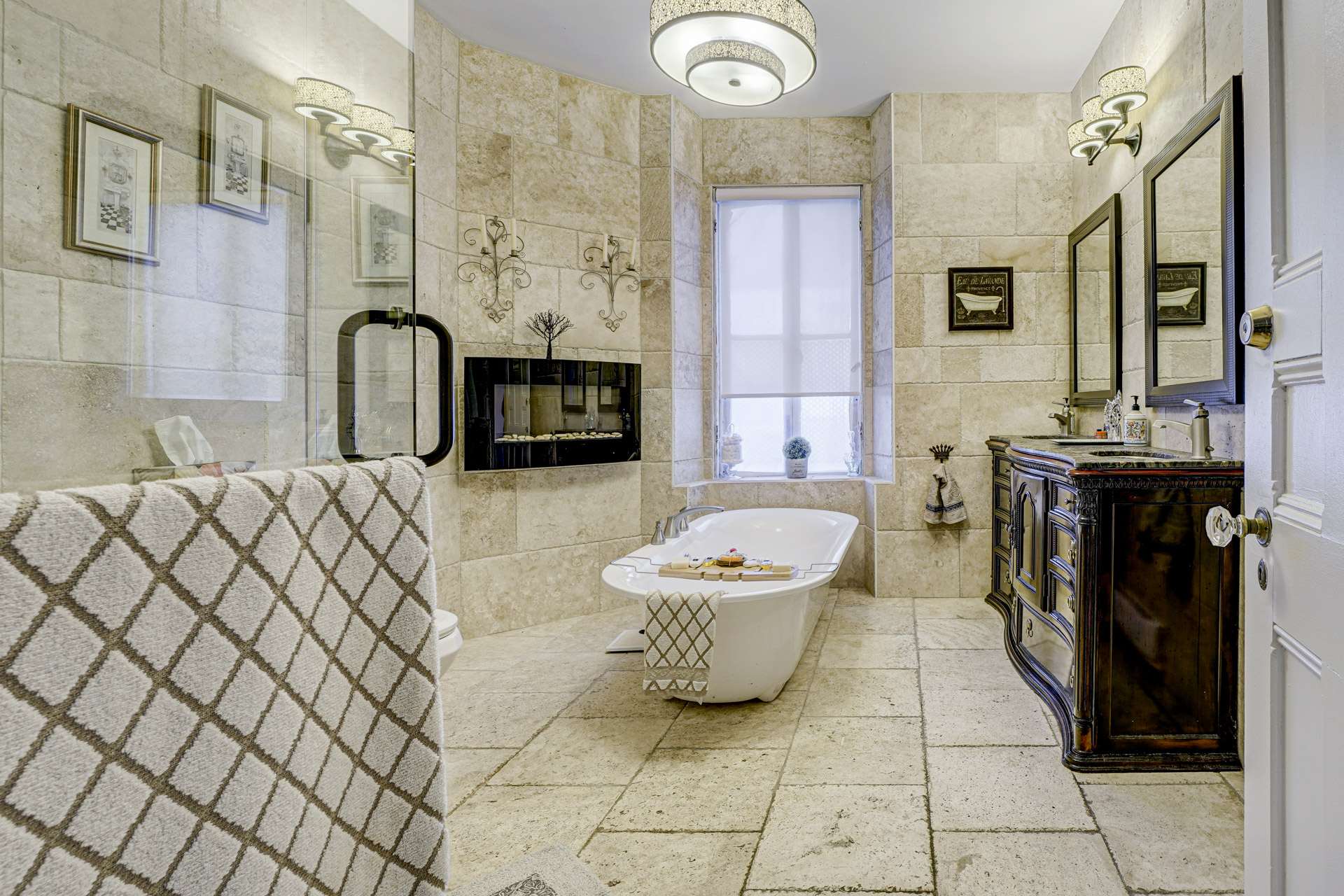 Other bedrooms on the second level include ensuite bathrooms too, which – fun fact – used to originally be dressing rooms. Yes, rooms dedicated just to putting your clothes on. For obvious reasons, these rooms were converted to gorgeous bathrooms instead. 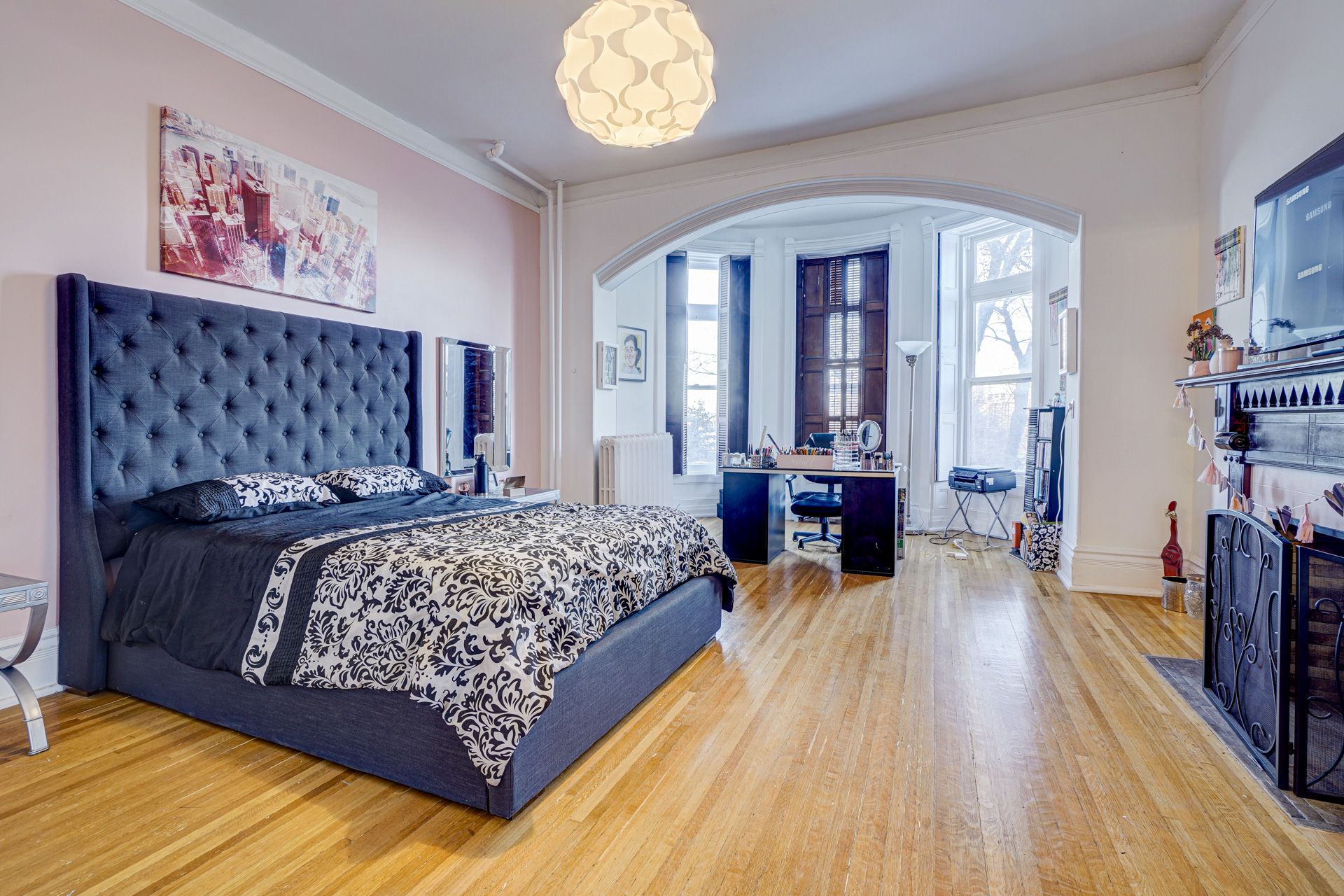 Also on the second storey is what most would refer to as a butler’s quarters. Except, in digging through the 1891 Census Report, it was discovered that these were most likely the quarters of the family’s cook. 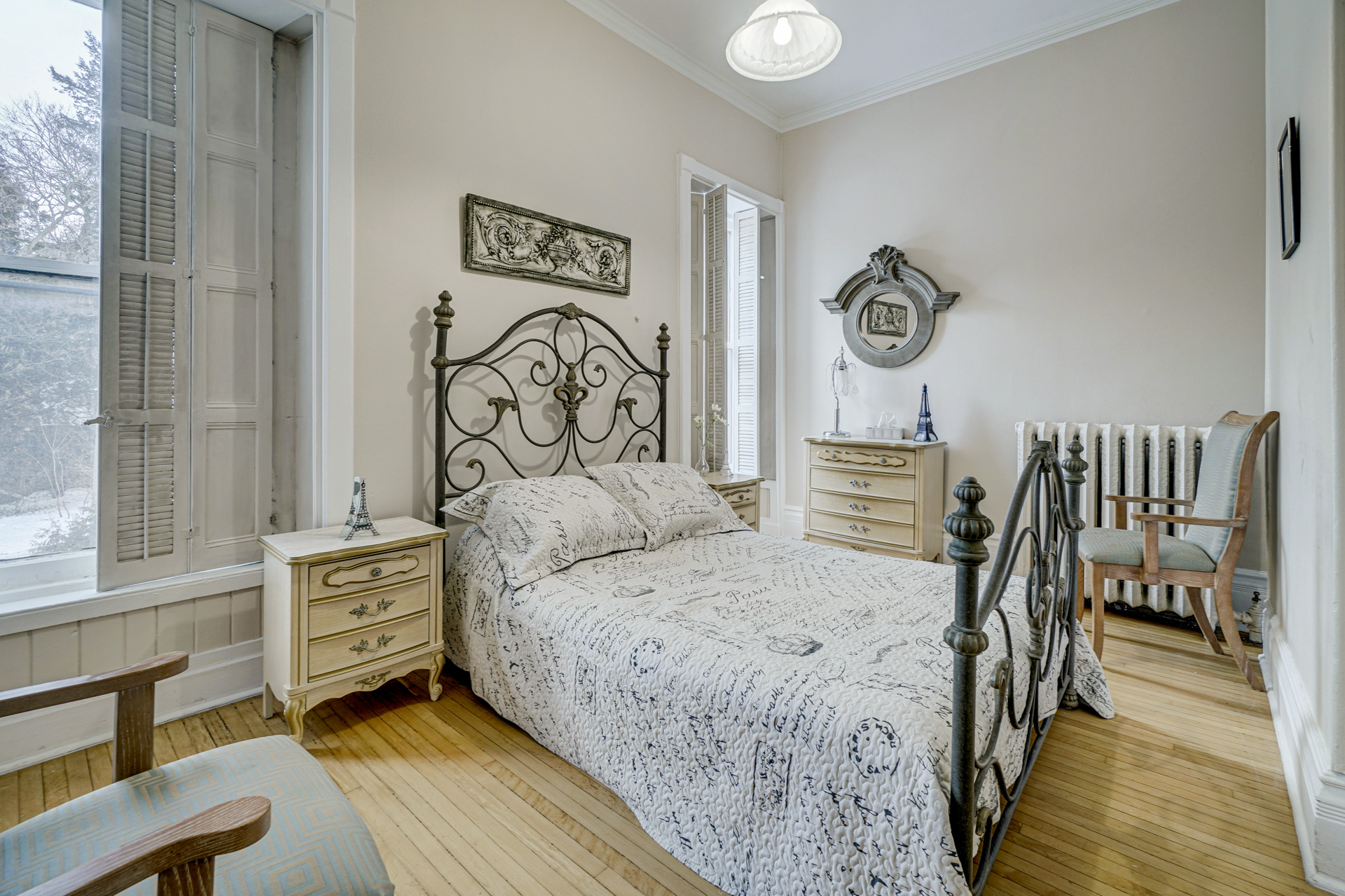 On that note, let’s talk about the people who lived in Ravenscliffe Castle.

The original owner of the property was William J. Copp of Copp Brothers, which was a successful local foundry.

The property was sold to Lieutenant Governor of Ontario and former 13th Battalion Commanding Officer Sir John Morrison Gibson. Gibson lived inside Ravenscliffe Castle with his wife, 6 children, and 4 servants.

That isn’t to say that the other servants didn’t live lavishly, however. 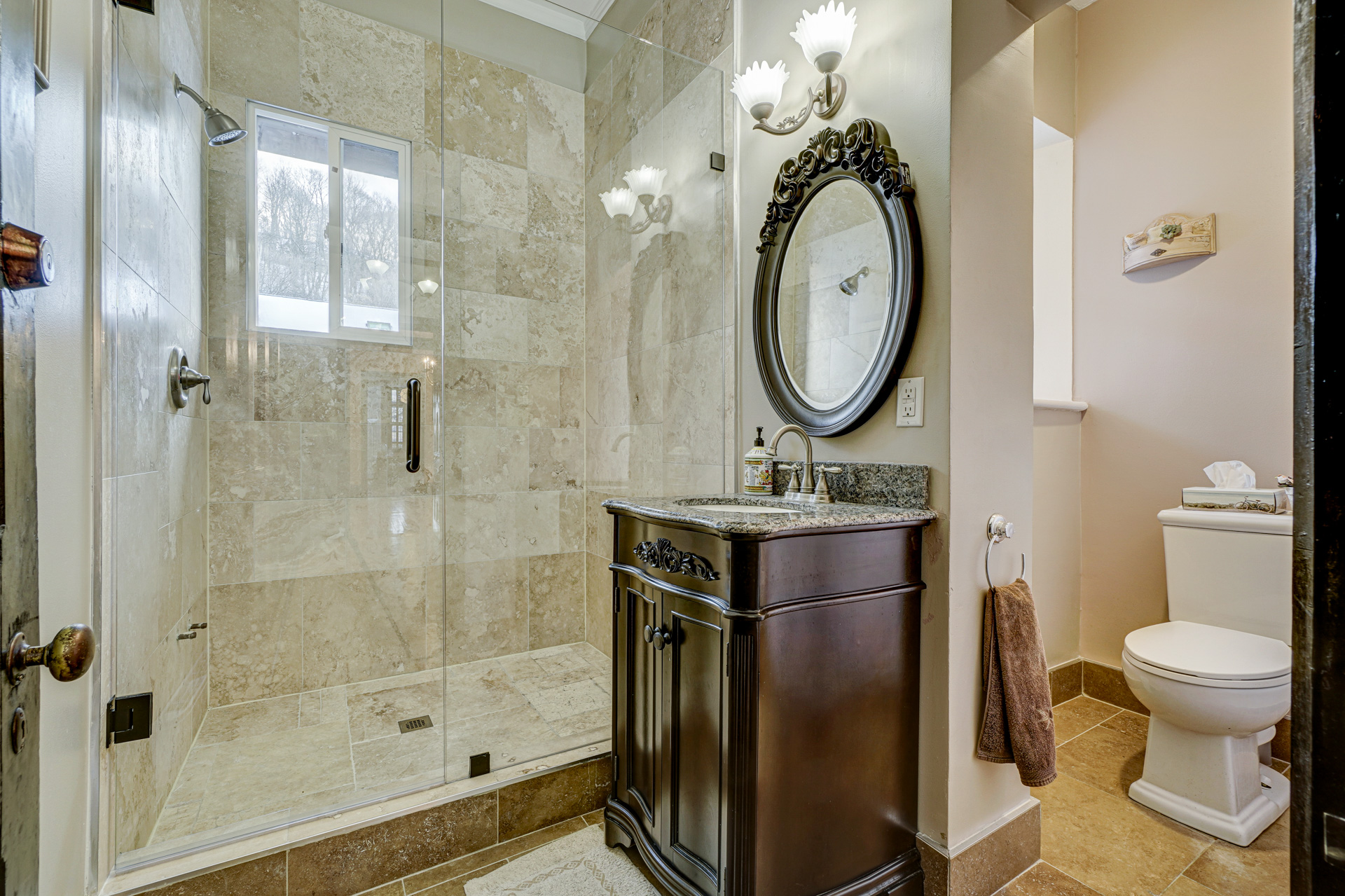 On the third floor is where the remainder of the bedrooms are located and these rooms are both bright & large in comparison to typical servant rooms at the time. 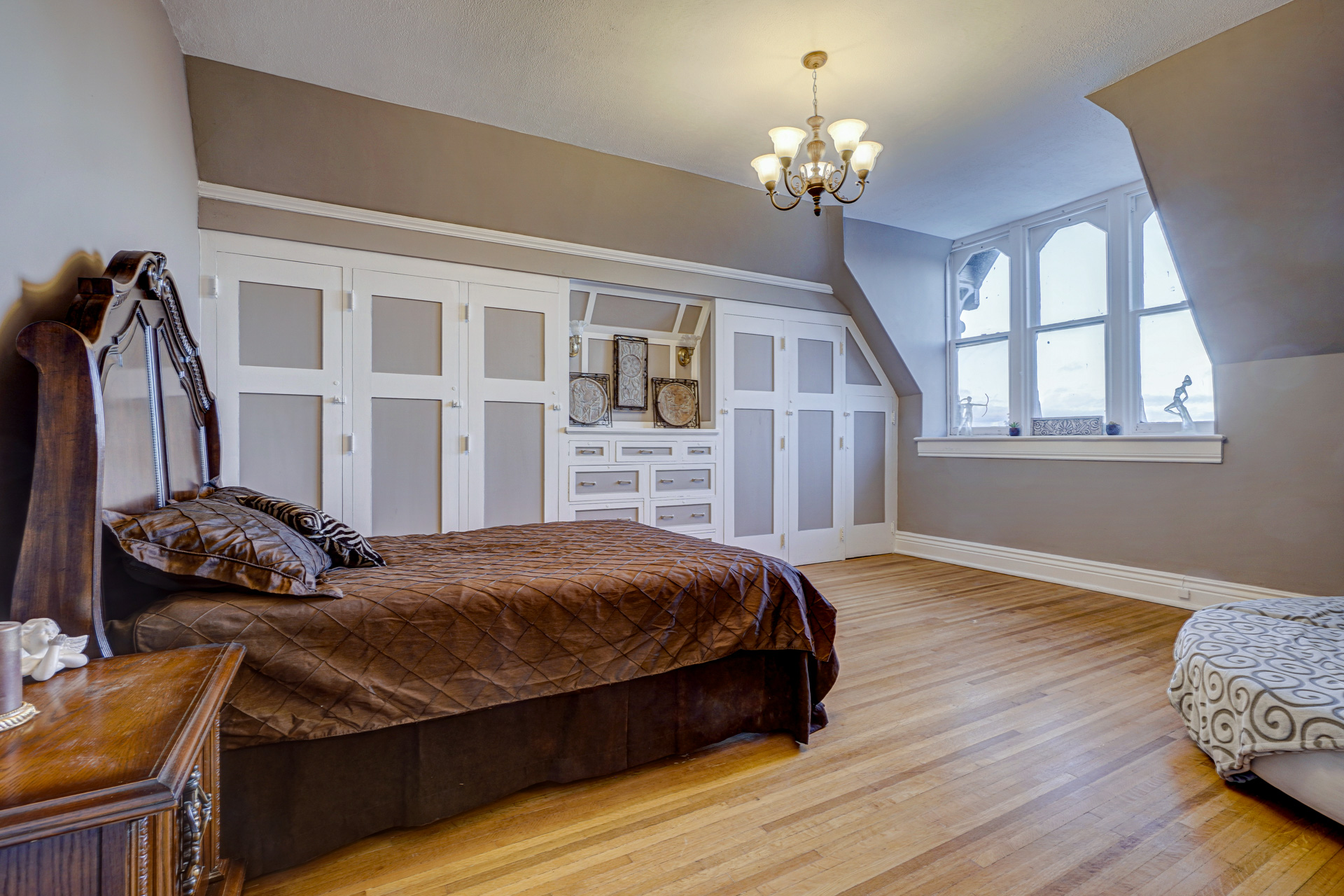 Some of the rooms were used as a nursery, while others were general gathering areas. A few of the rooms have been converted to very spacious bathrooms. 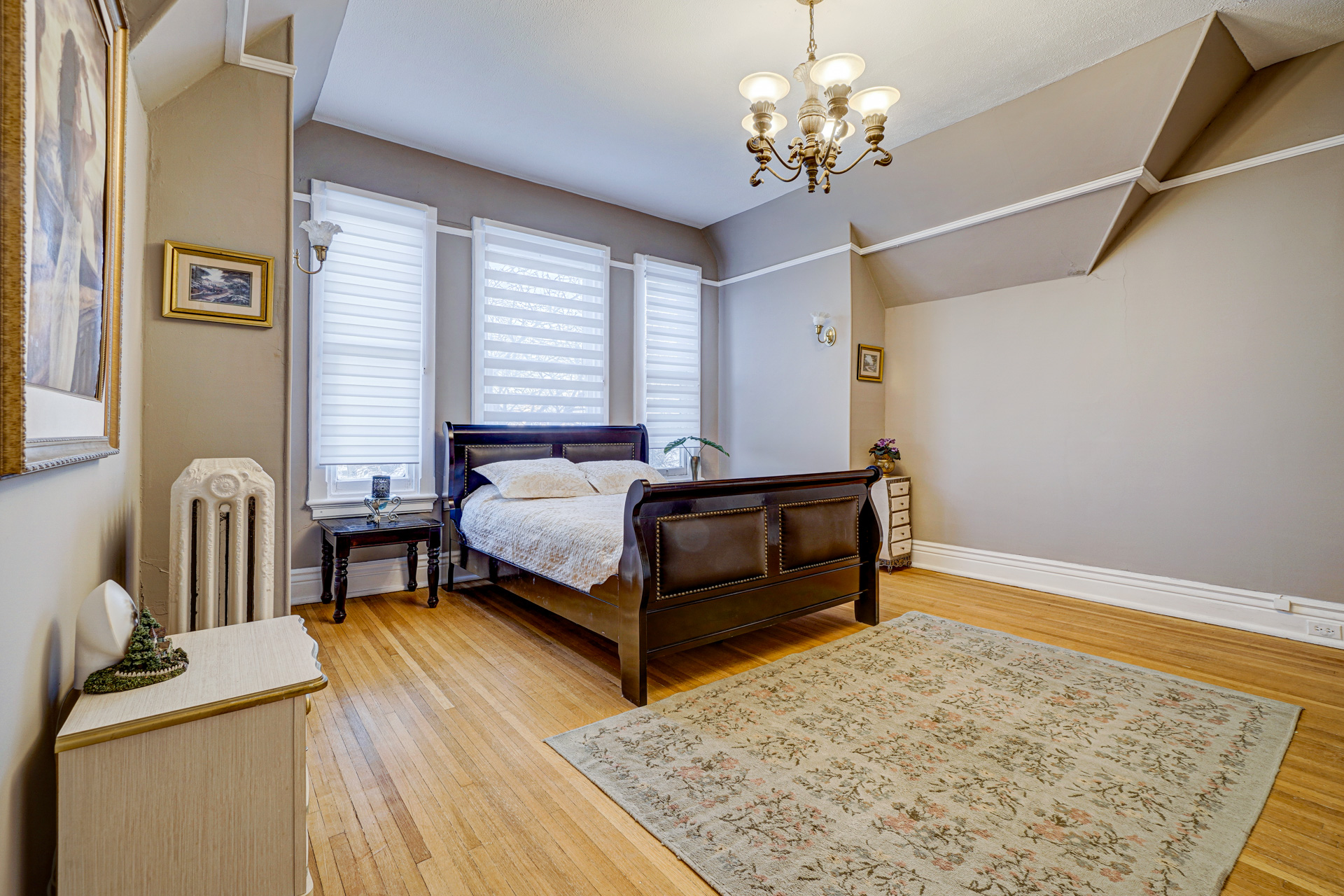 From the third storey is a staircase that winds another two levels up to the top of the castle keep. From here, you will experience some of the best views Hamilton has to offer, including waterfront, escarpment, and the city skyline. 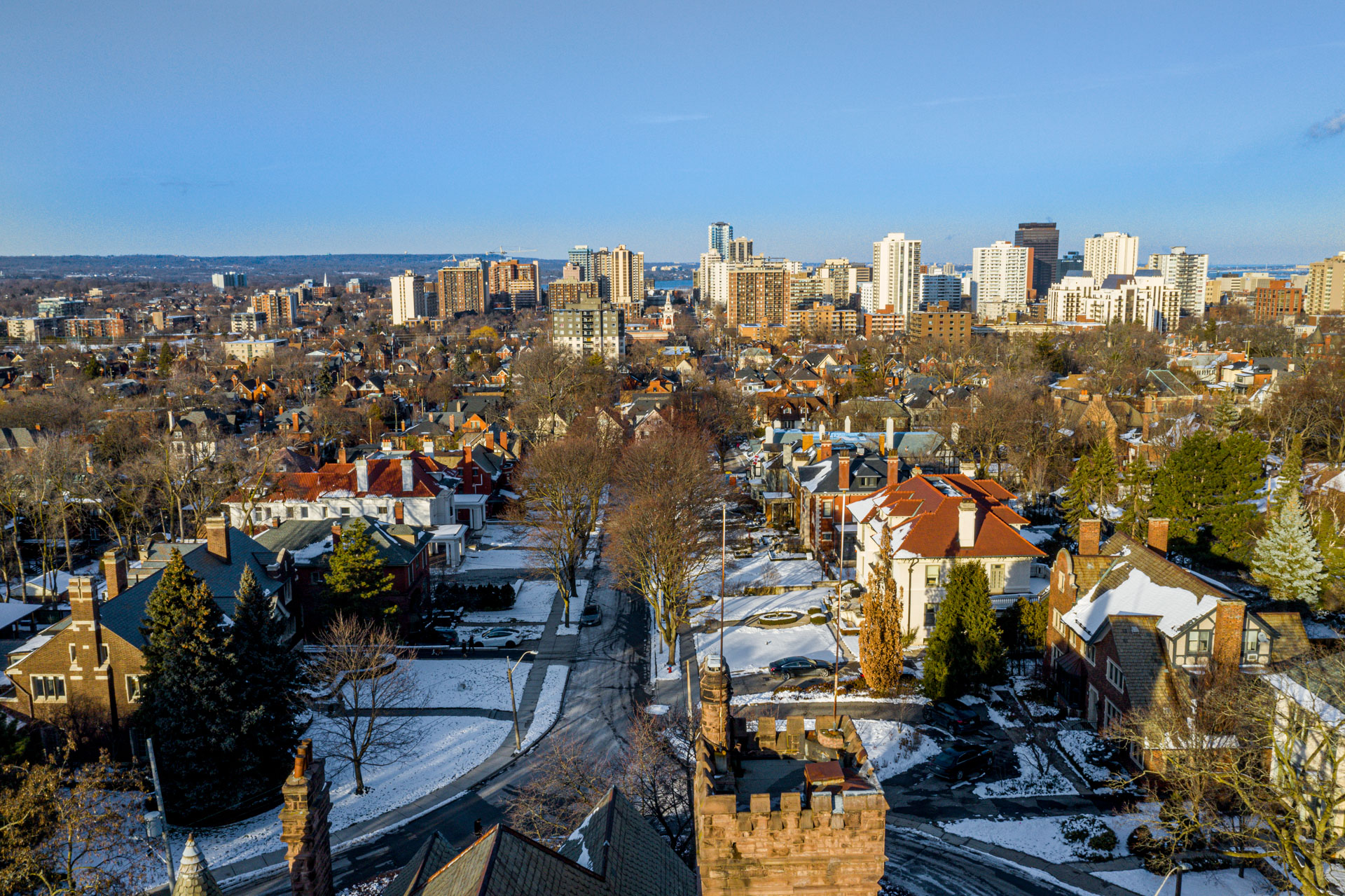 Itching to see more of Ravenscliffe Castle? Get behind-the-scenes footage and daily history videos of the property by following the @ravenscliffecastle social media accounts on Facebook, Instagram, TikTok, and Twitter.

You can also visit ravenscliffecastle.com for more information on the listing itself.

All photos are courtesy of Property Vision.

If you’re considering selling your home, please contact robertcekan@ambitiousrealty.ca to discuss how Urbanicity can list your property for 2% in an immersive media experience including article write-ups like this one!