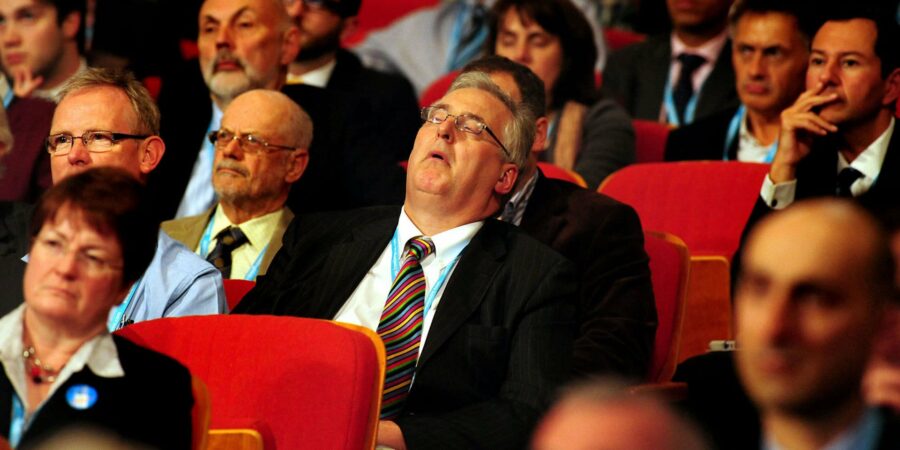 Is Anyone Else Underwhelmed?

It’s election time, it’s down to the wire, nose to the grindstone, roll-up-your-sleeves, kiss babies, make bold claims of “experience that matters” or “change that counts,” get the vote time.

So why does it seem so sleepy?

Even 2014’s election period, political energy seemed in abundance. Granted, there may be an involvement bias in that I was personally shoulder-deep on a mayoral campaign team. Nevertheless, discourse in the city, whether at the mayoral or councilor candidate level, offline, online, and across the city’s mainstream media seemed to be buzzing. Why not now?

Back in the winter, I wrote a piece about the need for new faces in our municipal political scene, and the complacency, if not complete stagnation that occurs under the governance of the “long-term 10.” That is, the 10/15 councillors who have been in office each for more than two terms (see list at the end of this piece). Of those 10, nine are officially seeking re-election.

So, perhaps it feels so sleepy because here we are, four more low effort years later, with the same election issues as the last four election cycles. Four more years of “experience” under the belt of those who claim it matters, but under whose governance key decisions and discourse in our city have stagnated.

It’s sleepy because every four years our standards and expectations for political representation in Hamilton are set increasingly lower.

These nine will still make up the majority of council. This means that if all electoral standards remain by the next election, the stats listed in that piece will be updated to reflect a majority city council that will have been in office for a minimum of 12 years, a maximum of a mind-blowing 34 years (two less than Hazel McCallion’s famed, long – and comparatively productive – tenure as Mayor of Mississauga), and a face-palming average of 19 years. That’s a long time for a city to bear the same collective political vision – or in many cases, lack thereof.

And that’s to say nothing of the chilling effect that long-term incumbency has on fresh leadership stepping forward to challenge. Of those wards running without an incumbent, the average number of candidates is an exciting 11. Of those wards with one of the “Long-term 9” incumbents running, the average number is a sad four. And even that is only as high as it is because of a happily unexpected number of challenges facing three of the “Long-term 9,” otherwise the mean is a dismal two. This chilling effect doesn’t just discourage fresh leadership, it actively discourages political involvement, conversation, and vision among people in that ward.

Considering the varying levels of experience that many of the “Long-term 9” brought to the table when they first ran, varying levels of apathy and entitlement in the role since, and the absolute inertia on so many key decisions that have now persisted across decades (i.e. LRT), a productive political future with them is grim.

Clearly, “experience that matters,” doesn’t matter. Between the lack of resolution or absence of direction on certain files and the inertia on others, the only experience that seems to matter to them is the knowledge of how to easily get re-elected to discuss the same old issues, ad nauseam. They can continuously kick these key decisions down the road, rather than resolve them, because they know they’ll get re-elected, all at our city’s expense – literally and figuratively.

However, where this election period is not sleepy is in the energy and enthusiasm put forth by fresh faces in the non-incumbent wards. Whether it’s those who boldly came out regardless of what they were up against on day one, like Dan MacIntyre (ward 7) and Sophie Geffros (ward 1), or those who’ve entered since, adding unique experience and community involvement to their ward’s political discourse, like Nrinder Nann (ward 3) or Maureen Wilson (also ward 1). Note: not specifically endorsing, just stating.

Here we see fresh energy, outreach, and significant involvement by citizens of these wards, not simply going through the formulaic, and often populous motions necessary to get re-elected. The greatest hits of the “Long-term 9” includes community newsletters that are conveniently distributed for the first time during the entire term (a mere few months) before the election. Featuring a laundry list of accomplishments across their extended tenure, desperately detailing everything including what shampoo was used that morning and accompanied by vague, passive phrases like “worked to…” and “pushed for… .” As well as the smallest flurry of social media activity, save for at least the one councilor who doesn’t seem to stop courting twitter controversy.

At this very moment, I can click to update my Facebook profile photo and be given the option to add a filter proclaiming my support for Calgary’s Naheed Nenshi. Vigorous online outreach by non-incumbents aside, online communication from any of the “Long-term 9,” beyond defensiveness or hilariously contradictory photos proclaiming, “great turnout at X event,” is scant. Where is Hamilton on a political digital map?

Simply put, this isn’t 21st-century political governance in Canada’s 9th largest city, this isn’t active and engaging political discourse, this isn’t progressive leadership in one of Canada’s most diverse and growing economies. These are defensive, dusty career politicians verging on parody, governing from the Andy Griffith Show’s Mayberry.

If they want to treat these transformative, aspirational, political leadership opportunities as careers, then we can act as the employers that we indeed are and fire them by voting for fresh faces, voices and experience that this city sorely needs.
Consider voting new, at this point, their “experience that matters” of the “Long-term 9” is the experience that holds us back from the Hamilton we deserve.