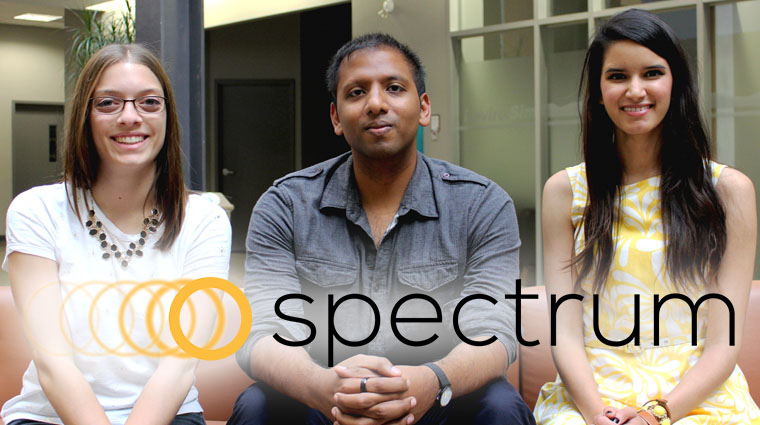 It pays to be a student entrepreneur in Hamilton

Starting up your own company is a daunting task. It’s similar to jumping into choppy water with the understanding that there are only two possible outcomes: you either sink, or you swim. The uncertainty is what keeps many potential entrepreneurs from taking the plunge. But, in September, McMaster University is backing a program that plans to give weary venturers the peace of mind they need to navigate the murky waters of business start-ups.

Spectrum is a new program coming out of the University that focuses on providing ambitious students with the recourses necessary to launch their own start-ups. The introduction of the program is, no doubt, indicative of Hamilton’s bourgeoning economic development, with McMaster continuing to play an influential role. Opening night on September 10 is the first of six segments for the Spectrum Alumni Speaker Series, which will run at the start of each month from September to November, and from January to March. The two hour workshop is open to the public and will be hosted at Twelve Eighty Bar & Grill—a bar on campus—at 5pm.

“There’s always this focus with creating new jobs. Our generation, Generation Y, is always trying to find jobs, and there’s always a complaint that there are no jobs. So we want to help support these people to create a career out of their passion” said Justin Policarpio, Manager of Student Entrepreneurship at McMaster University.

The first speaker will be Matthew Gardner, Co-Founder of Videostream— a free app that works in correlation with Chromecast to allow users to stream videos on their computer to their TVs. Gardner started work on his company while still attempting to complete his undergrad in Engineering. After winning an award at Startup Weekend in Toronto last year and being accepted into the Hyperdrive business acceleration program, Gardner was able to grow his business to five employees and over 400,000 users.

Aside from telling his story about how he grew a company while coping with the demands of life at school, the newly titled entrepreneur also wants to share advice to hopeful business owners looking to drive their company to the next level—working around the challenges of which, he says, he’s all too familiar.

“We started working, basically, out of our parent’s basement, thinking, ‘yeah, let’s run a start-up.’ We had no idea what that really entailed. We had no idea about where you get money and how you get hardware into stores. So…going to events like this is where you get to meet people who can help you. The fastest way to learn is by speaking to people who have done it… People that can say, ‘there’s a definite answer to this.’”

Spectrum will also be hosting workshop events open to McMaster students throughout the year, including a student startup competition in March with $50,000 in prizes.