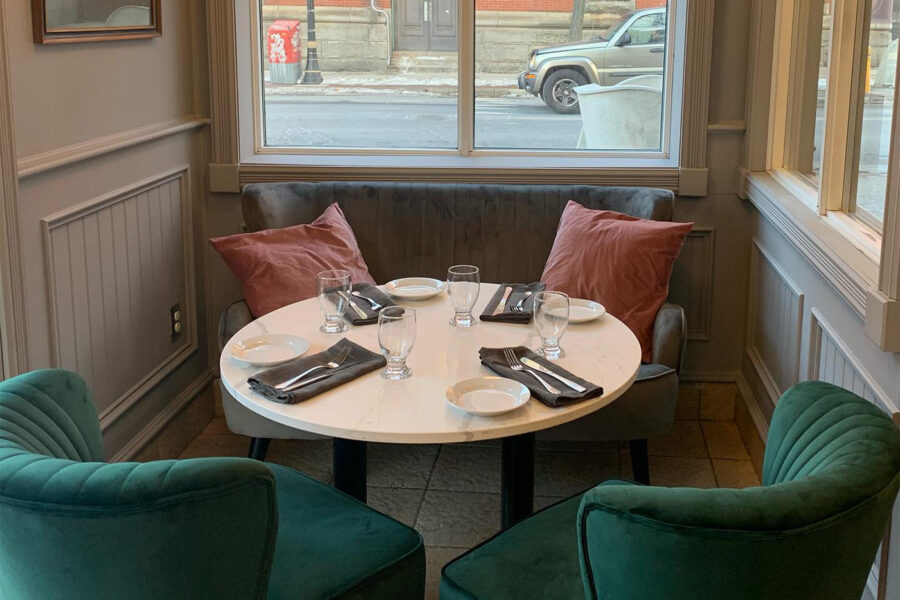 One of Hamilton’s top-rated Italian restaurants is making an exciting comeback after years of closure.

Claudio’s Ristorante was a well-loved gem for traditional Italian cuisine for roughly a decade in its original, tucked away spot at 92 Jackson Street East, now home to Sankofa Dining.

Then, the restaurant closed its Jackson Street space in summer of 2020, setting their sights on a newer, more prominent location along the James North strip.

After years of anticipation, Claudio’s is now officially ready to open the doors of its reimagined restaurant at the corner of James North and Mulberry Street, directly across the street from Mulberry Coffeehouse in the former home of Acclamation Bar & Grill.

With a new look and refreshingly modern feel, the new Claudio’s officially opens to the public today, Friday March 4, with a stacked menu of high end Italian dishes from antipasti to homemade pasta to pizza and more.

Some dishes that can be expected include the Spaghettini Carbonara with pancetta and Vidalia onions; the Tagliatelle All’Agnello with slow braised lamb and peroni tomato sauce; and the Piccola Gallina, which sees deboned Cornish hen herb-roasted with a pancetta & kale mash and fig glaze.

If you’re looking for an Italian fix a few notches above your standard spaghetti & meatballs, the rebirth of Claudio’s on James North is certain to be right up your alley.