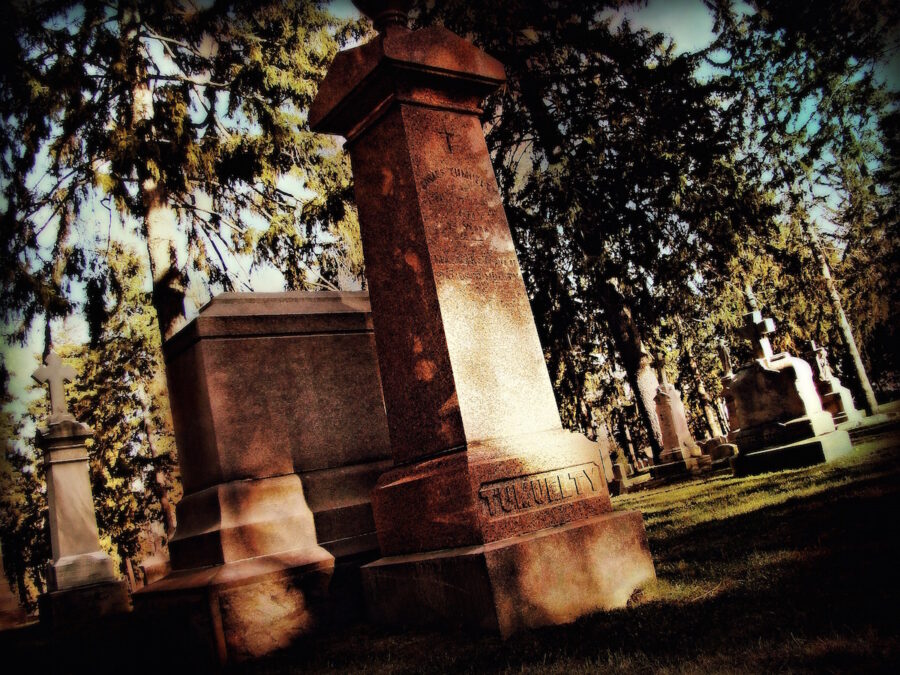 Hues of amber glow through a thick, hazy fog that swirls down the dark, lamp lit streets of a sleeping city. Slick brick walls contour narrow passageways while shadows resonate with faint echoes of water droplets rhythmically splashing in the puddles on the damp, cobblestone ground.

It’s the perfect setting for a series of horrific crimes that gave birth to one of the world’s first and most notorious serial killers, Jack the Ripper. What you don’t know is that the scene I have just described wasn’t actually the Whitechapel district in Victorian London, but rather, the underbelly alleyways of Hamilton, Ontario, a city on the verge of an industrial transformation in the latter half of the 19th century. What most Hamiltonians didn’t know is that the elusive man known as Jack the Ripper may have very well practiced (and killed!) right here in Hamilton during that time!

“Jack the Quack”
The year was 1856 and a man named Doctor Francis Tumblety strolled into town with elixirs to sell and potions to peddle. Hamilton was going through many changes during that time, and the self-appointed “doctor” took full advantage of it. In his time, Tumblety was labeled a “quack” of all sorts and Hamilton was one of the first places the Indian Herb Doctor stopped to set up shop. He was very clever and liked to use the media for attention. Ads for “Dr. Tumblety’s Pimple Banisher” cream, which sold for $1 per bottle, started appearing in the local newspapers. You can still see original copies of these in the archives on the 3rd floor of the Central Public Library.

With a sorted history of odd encounters and criminal behaviour, his preceding reputation as a wacky, travelling salesman quickly turned into a household name and topic of discussion, even before the Ripper murders began.

“A shameless, arrogant self-promoter; a man who found himself incapable of staying on the right side of the law; a doctor with no qualifications who fled from country to country, selling worthless herbal remedies that were little more than coloured water (if you were lucky); and a man for whom everyday was a fancy dress party.”
– Charlies Revelle-Smith, “Francis Tumblety: A Man on the Run”

Who Was Francis Tumblety?
It’s very hard to trace his early life, but according to an 1850 U.S. census, Francis Tumblety was born sometime in 1833 in Ireland to his parents, James and Margaret Tumuelty (how it is spelled on the family grave), and was the youngest of 11 children. Even at the early age of 17, he was getting into mischief by selling unsavoury literature to longshoremen along the Erie Canal around Rochester, NY.

In 1853, Tumblety left America and surfaced in London, Ontario where he spent a few years until finally coming to Hamilton in the spring of 1856. He stayed in Hamilton for several months and then decided to move to Toronto to set up practice until 1859.

Certain circumstances caused him to flee back to the U.S. and spend time in New York, Jersey City, Boston, Pittsburgh and San Francisco before finally settling in St. Louis, Missouri for another couple of years.

On May 5, 1865, Francis Tumblety was arrested in Missouri and taken to Washington on orders of suspicious involvement in the assassination of Abraham Lincoln. Tumblety was said to have been an acquaintance of David Herold, the conspirator who was captured as an accomplice with John Wilkes Booth. The end result for Tumblety’s arrest in the matter was simply a case of mistaken identity. One of his false, alter-ego names that he had used during his time in New York was “Dr. J. H. Blackburn”. Authorities were on the lookout for a “Dr. Luke P. Blackburn”.

Tumblety wanted the entire world to believe he simply suffered from a habit of “being in the wrong place at the wrong time” and nothing more. He was upset by the thought of his reputation being tarnished (yet again!), but he also saw it as a useful marketing campaign and decided to self-publish his own promotional pamphlet with a goal to redeem himself in the public eye. He called it the “Kidnapping of Dr. Tumblety: A Few Passages in the Life of Dr. Francis Tumblety, The Indian Herb Doctor.” You can read this original document in its entirety in e-book form, free online at archive.org.

A True Hatred for Women
Francis Tumblety’s attitude towards women was nothing short of extreme bitterness, and he didn’t make an effort to hide his feelings either. Most researchers chalk this up to the fact that he discovered his own wife had been working as a prostitute behind his back.

Perhaps one of the most disturbing recollections of an evening spent with Dr. Tumblety comes from a man named C. A. Dunham, a New Jersey lawyer who had spent some time with Francis in Washington. He described what seemed to be the perfect candidate for such a mind capable of carrying out the grotesque acts on those cold autumn nights in 1888, Whitechapel.

While at a party hosted by Tumblety at his home, Dunham noticed that no women had been invited to the party and had asked the Doctor why.

“I don’t know any such cattle, and if I did I would, as your friend, sooner give you a dose of quick poison than take you into such sin”, said Tumblety.

It is said that the Doctor then launched into a tirade and “fiercely denounced all women, and especially fallen women”. He then led the lawyer, along with other party guests, into a room filled with wardrobes and cabinets that opened up to reveal a collection of glass jars in all different sizes, filled with anatomical specimens from “every class of woman.”

“He is not a doctor. A more arrant charlatan and quack never fastened on the hopes and fears of afflicted humanity / When, to my knowledge of the man’s history, his idiosyncrasies, his revolting practices, his antipathy to women, and especially to fallen women, his anatomical museum, containing many specimens like those carved from the Whitechapel victims—when, to my knowledge on these subjects, there is added the fact of his arrest on suspicion of being the murderer, there appears to me nothing improbable in the suggestion that Tumblety is the culprit.”
– Col. C.A. Dunham, Special Interview to the New York World, December 1888

Reasons Tumblety Could Have Been Jack the Ripper
Many authors, researchers and criminal profilers have come forward in the past 10 years with their own takes on who Jack the Ripper was. Some theories have been thought provoking, yet highly implausible. One that comes to mind just recently went viral on Facebook claiming that Polish immigrant Aaron Kosminski was the Ripper. Other claims have been outright laughable (Walter Sickert, the 19th century British painter… really??)

There is a case list that runs pages long with reasons why Dr. Francis Tumblety could very well have been Jack the Ripper. I have made no secret in the fact that I firmly believe he was the Whitechapel Murderer. Too much evidence points his way, more so than any other suspect in the Ripper case. He was high on Scotland Yard’s list for a reason. Most notably, because he was right there in that one-square mile radius called Whitechapel at the exact time of the killings, taking up lodging at No. 22 Batty Street in the fall of 1888.

One final piece of evidence came to light after Francis Tumblety died from heart disease at St. John’s Hospital in St. Louis, Missouri on May 28, 1903.

Upon his death, an inventory of his personal items was taken. It was revealed that his usual jewellery and large amounts of cash that he was known to carry at all times, was in his possession. But there was something else that was found… two distinct and inexpensive brass rings! Why would Tumblety carry around these pieces of jewellery that to his respective character, would have been considered junk? Sentimental reasons perhaps? Or was it something more? It was soon realized that the Ripper’s second victim Annie Chapman had two exact same cheap brass rings stolen off her body by the killer the night that she was murdered.

Take all of this as you will, but remember, one of the top five suspects in the world’s most talked about murder case, did in fact spend some time practicing right here in Hamilton! Sleep well and from all of us here at Haunted Hamilton, we wish you a Happy Halloween! Hope to see you at my Costume Ball on Halloween Night in the Grand Ballroom at the Scottish Rite of Freemasonry! It’s bound to be a spooktacular time!
Boo!!!