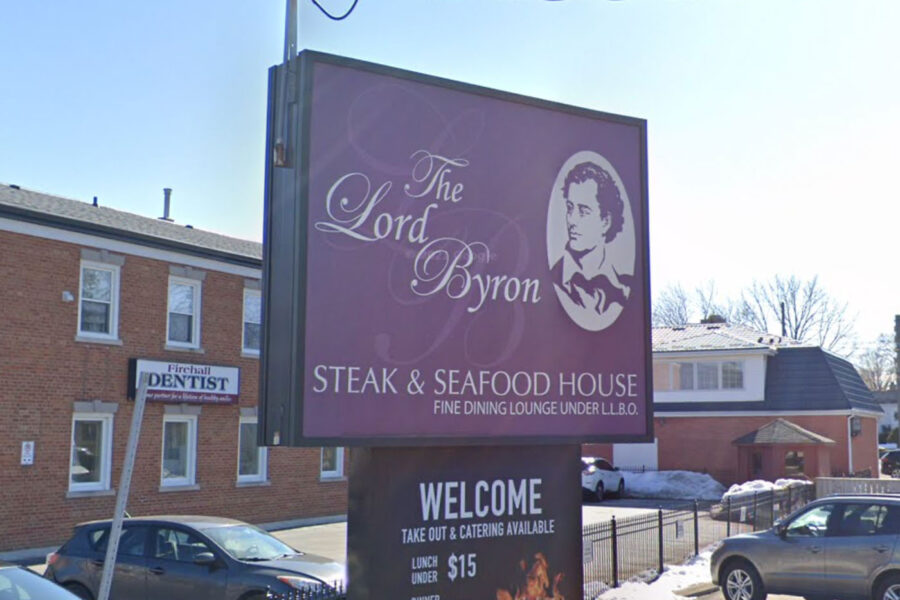 One of the Hamilton area’s longest standing steakhouses has permanently closed its doors.

Lord Byron Steak & Seafood House has seared its final filet, closing up shop in early November due to what the owners cite as personal matters and staffing shortages.

The fine dining restaurant, which was open for nearly half a century, was known for its old school charm and its menu of steak, seafood dishes, and other comforting fare served in a cozy yet sophisticated setting.

Attempts to Google the restaurant now come up short, and their website has been deactivated, indicating that this really is the permanent end for Lord Byron.

The Hamilton area still has a variety of old-world and new-world steakhouses that remain standing, including Shakespeare’s, The Lord Nelson, Victoria’s, and The Purple Pear.

That said, Lord Byron undoubtedly built a robust, loyal customer base in its decades of operation who will surely miss this Waterdown icon.