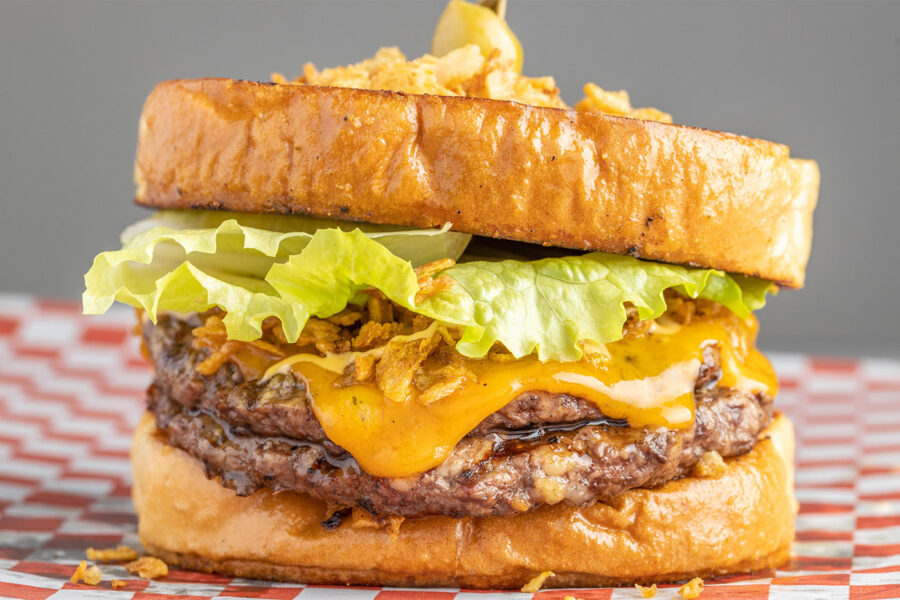 Before Hamilton resident Dawood Al-Shaikhli first arrived in Canada, he had split his professional time between a career as a trained pharmacist and working in the food and hospitality industry.

Today, he is one of the faces behind Mountain Burger, Hamilton’s newest family-owned spot for handmade gourmet burgers, fries, and other comfort foods that’s already attracting attention among locals.

The Iraq-born entrepreneur co-owns the Hamilton Mountain restaurant at 3-969 Upper Ottawa Street with his cousin Abdulah Almesri and uncle Mohmedsalh Almesri, all of whom decided to pursue this business venture together due in part to a shared love of food. 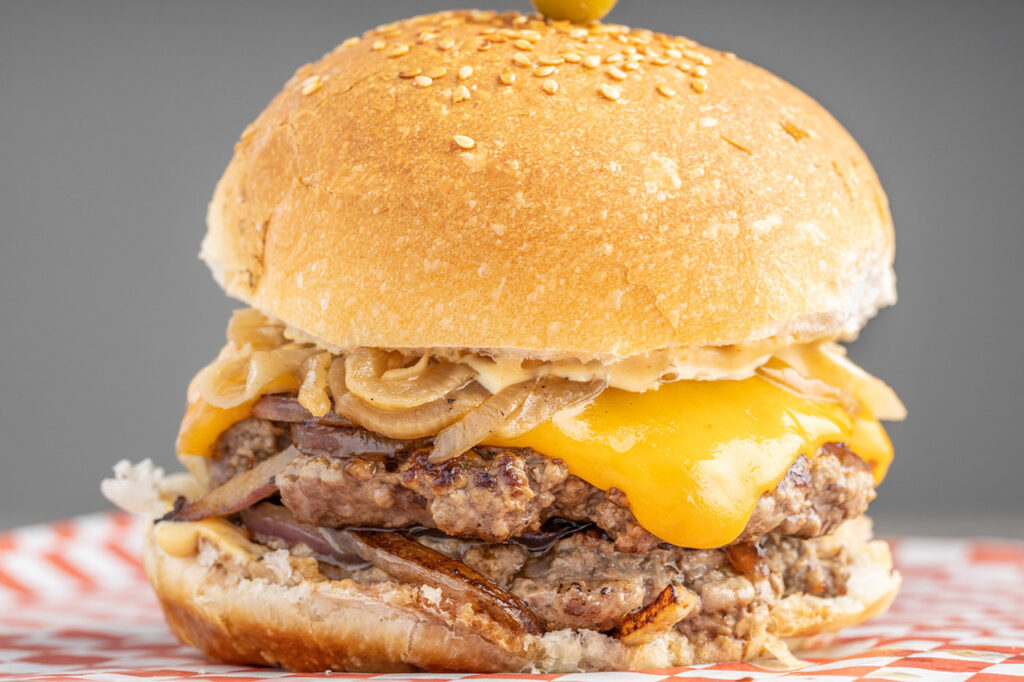 “My cousin and I are both pharmacists from back home,” says Al-Shaikhli, who later moved to the United States and got his first taste of working in the food industry while living in Charlotte, North Carolina.

Al-Shaikhli moved to Canada just two years ago, working in a burger restaurant and getting his certification to be a practising pharmacist in Canada. When his cousin Abdulah Almesri made the move to Canada from Jordan shortly after, the two began talking and decided to pursue their passion for cooking and make the leap from working as pharmacists to opening their own small business together.

Joined in business by Abdulah’s father – Al-Shaikhli’s uncle – the plans to open Mountain Burger readily got underway, with the goal of bringing a new spot for quality burgers and more to the often-underserved Hamilton Mountain community.

The restaurant officially opened to the public in December 2021, with a focus on serving handmade burgers crafted with a specialty blend of Canadian AAA beef that’s ground fresh in-house every single day and served up on freshly baked buns sourced locally. You won’t find a flabby, frozen fast food burger at this place; Al-Shaikhli makes it clear that Mountain Burger is all about putting quality first, and his goal is to craft Hamilton’s best burger.

A thoughtful menu of pre-built burger creations has a solid mix of flavour profiles with a couple of nods to regional influences, from the rich LA Smash Burger topped with cheese, onions, and house-made Mountain Sauce to the Hawaiian Burger, which imparts a fruity sweetness to the burger’s other savoury toppings with the addition of fresh pineapple. 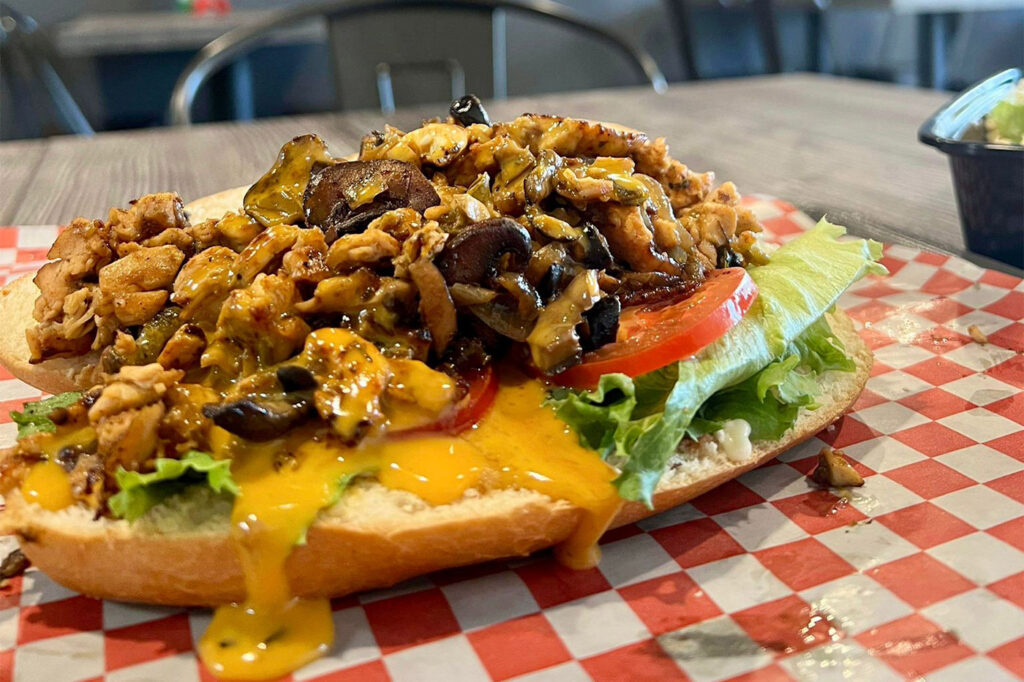 If all of that wasn’t enough, Mountain Burger also ensures it has as many inclusive food options on hand as possible, so anyone from vegan to carnivore has something they can sink their teeth into.

Al-Shaikhli says the restaurant has got some delicious vegetarian burgers on hand, with choice of a beet or spicy black bean patty and the option for fully plant-based toppings if visitors want to make their order fully vegan. They’ve also made sure to include gluten-free burger and keto burger options to help make their menu as accessible as possible.

“The most important thing is that we provide a place that the entire family can eat from,” he adds.

Since opening just over a month ago, Mountain Burger has already hit the ground running and earned a strong reputation among locals. They’ve amassed over a hundred 5-star reviews on Google, with customers raving about the quality of the food; the exceptional service; and the freshly-ground, juicy burger patties.

As time goes on, Al-Shaikhli is determined to continue building Mountain Burger’s reputation in the city and amass a dedicated customer base – something he says will “continue to push me to do my best.”

With that ongoing growth, Al-Shaikhli is hopeful he can use Mountain Burger to create local job opportunities and start making even more of the restaurant’s regular products, like the burger buns, fresh in-house rather than outsourcing them.

It’s clear that the daily grind at Mountain Burger isn’t only limited to their fresh burgers; it’s also found in the passion and drive of three entrepreneurs working, and succeeding, to make this humble new restaurant a bona fide local favourite. 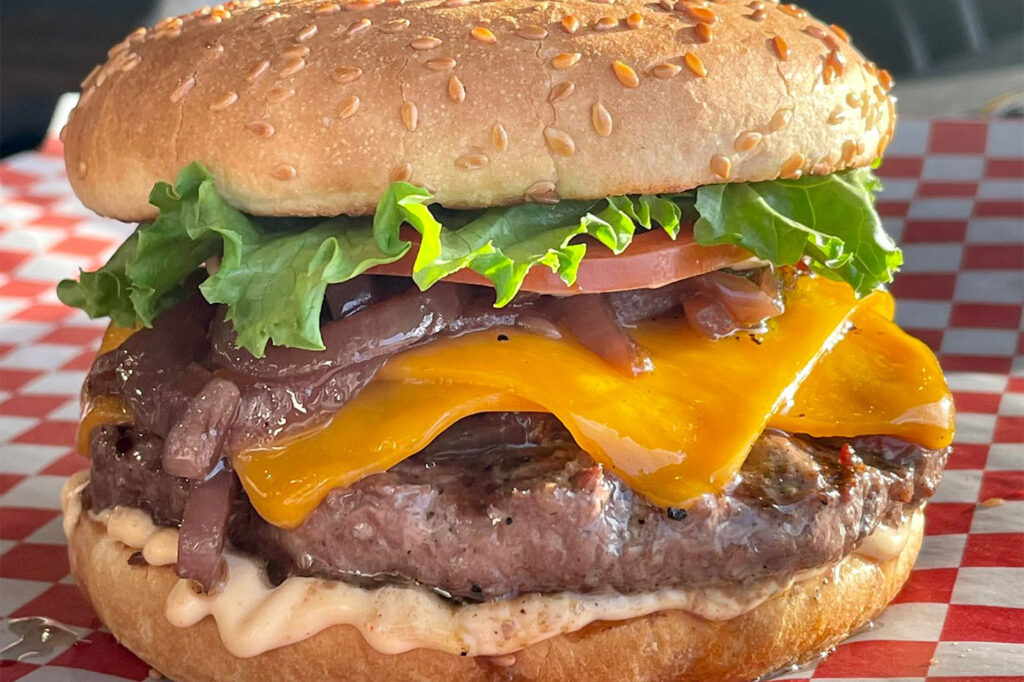