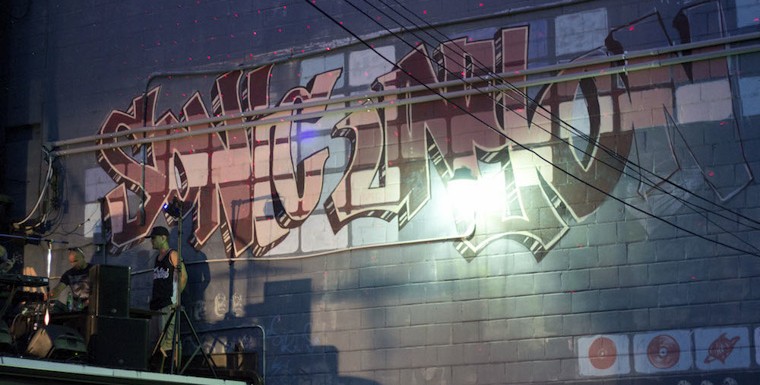 Music Creators have…
Music is not created in a vacuum. Music creators have personal artistic goals that operate within a specific city in a particular technological context. The record label Sonic Unyon, which is based in Hamilton, is a great case study of this. Like the beginning of many independent record labels, it started when a group of musicians wanted to put out records and thought that they could do it themselves. Tim Potocic was the drummer in this group at the time, and he’s been helping shape Sonic Unyon since it’s official formation in 1993. Over the past 21 years, Tim has worked in the context of a significant transition in the music industry. What worked in 1993 no longer does, and what will work in the future is uncertain. Despite this uncertainty, Tim and his business partners continue to create culture by taking into consideration their personal artistic goals, their location in Hamilton, and the changing technology around them.

…personal artistic goals…
Artistic goals are often ignored when discussing the music industries at large because the power of technology, or the demands of the music listeners seem more important. However, the creativity and desire found within the creators themselves can’t be underestimated. Tim explains that Sonic Unyon formed from an eclectic group of musicians trying to make music that they loved while respecting each other’s passions. They realized that they had to play these songs over and over so they pushed themselves to play songs that were a challenge. Tim thinks these challenging artistic goals translated well into the Sonic Unyon label and their roster of an eclectic mix of artists who are constantly trying to raise the bar in the community. Recently, this boundary-pushing ethos has found it’s way into their live music events such as Supercrawl where local bands are promoted with larger bands. Inevitably some of these bar-raising attempts will fail, but the artistic goals of Tim and the others at Sonic Unyon can’t be faulted as conservative.

…that operate within a specific city…
For the past 21 years, Sonic Unyon has been located on Wilson Street near James North, nestled between Dr. Disc and The Living Rock Ministries. Tim explains that: ”We learned from touring that the heart of every city is the downtown. If you have a weak downtown, you probably have a weak city.” Though they operate their business from the core of the city, much of their work occurs globally, allowing Sonic Unyon to understand how Hamilton compares to many other cities. Though there are still many weaknesses in the city of Hamilton, it became apparent to Tim that its culture business is at the top of the game despite being in the shadow of Toronto. Tim credits this to a collaborative spirit among local artists which developed earlier and stronger than in many other larger cities. As Tim says, this willingness to “help your friends succeed” keeps helping to push the community forward.

The cultural atmosphere of Hamilton has allowed Sonic Unyon to incubate several festivals and live music events in recent years, and more are still being planned. These include Supercrawl, Because Beer Festival, Hamilton Blues and Roots Festival, Seven Sundays in Gage Park, as well as the upcoming Juno Fest and the Pan Am Games Cultural Festival.

Yet the growing demand for live music festivals is not the only reason Sonic Unyon is getting involved with these events. Shrinking revenues from recorded music has forced them to look elsewhere for ways to support their business and the musicians within it. “We are building an event business. That’s how we dealt with the changing music [industries]. Live event profits help us fund the label.” Sonic Unyon is now taking money from live events and investing it into artists on the label. When the label started in 1993, record labels were doing the exact opposite by subsidizing live music on tours in the hope that more records would be sold as a result. Concerts helped sell records. Now records hopefully help convince music listeners to see a performer live. One of the largest reasons for this monstrous shift is developing technologies and the companies surrounding them.

…in a particular technological context.
Shifts in the technology of recorded music format from LP, to CD, to MP3, to music-streaming are apparent to most music listeners but it is important to explore the role that technology companies have within these changes. Simply, many technology companies are in the business of distributing massive amounts of digital information. They (Google, Facebook, YouTube, telecommunications companies, internet service providers) control the distribution of this music content and sell access to it through advertisements and monthly subscription fees. They are not in the business of creating the digital information (content) so companies like Sonic Unyon are needed to create it. Through various laws and technological innovations, they’ve figured out a way to push content creators into selling their products at drastically reduced prices or giving it away for free.

Tim feels this loss of control acutely. He says: “Technology is frightening. It’s completely changed the music business. It has taken the power out of the hands of the [content] producers and put it in the hands of the consumers.” While it is true that a music consumer now appears to have all the control as they can listen to music without purchasing it through either digital downloading or streaming, in the background a group of technology companies are distributing this music at a fee to the consumer without paying the music creator.

If Tim is correct in that the consumer has gained much more control over music creation, the question becomes how do music listeners responsibly move forward with this new freedom and power?

Moving forward responsibly:
It would be naïve to believe that listeners and technology companies can sustainably use the recorded music without some responsibility of rewarding those who created it. Without a shared responsibility, labels like Sonic Unyon would have to stop investing in the development of the next generation of music creators and the cultural landscape in Hamilton would be the worse for it.

The battle to convince technology companies to their share of responsibility will most likely have to be fought by those with legislative and judicial power. So since most citizens are not politicians or judges, the burning question is:

How can music listeners take some responsibility to support music creators so that excellent recorded music continues to be made? 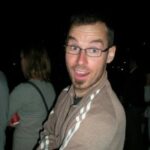 Micah van Dijk recently completed a Masters of Popular Music Studies at the University of Glasgow with a Music Industries Focus. His dissertation explored the motivations musicians have towards performing live. He is currently working at Redeemer University College as the Community Service-Learning and Orientation Coordinator.