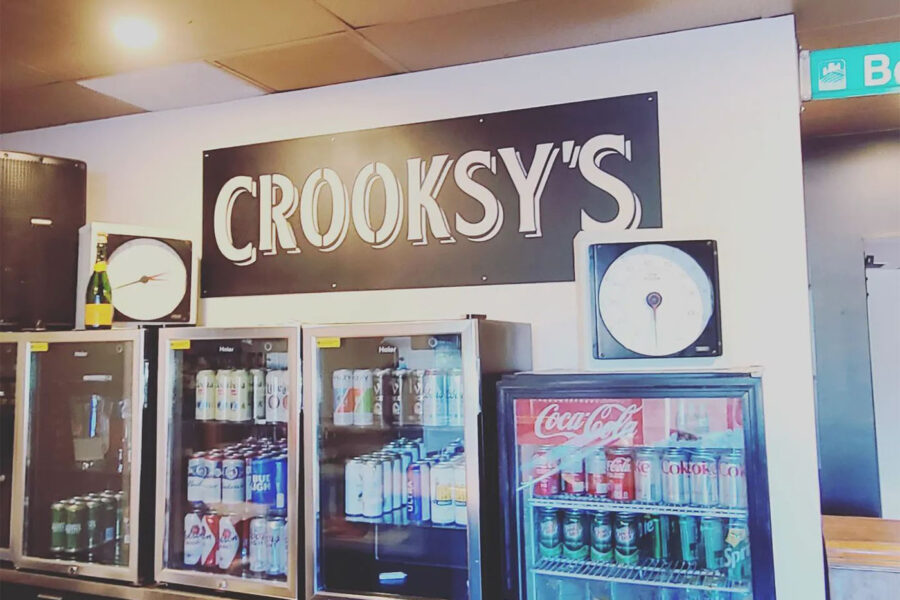 A homey new pub and speakeasy recently opened its doors along Hamilton Beach.

The drink menu has a few simple cocktails on hand like Caesars and Cosmopolitans, and the beer lineup includes domestic, imported, and craft options.

It’s pretty clear from straightforward menu and approachable dining area that Crooksy’s wants to keep things simple; in fact, it’s something they hold as a point of pride.

“Crooksy’s is our local speakeasy and kitchen. We’re for the community, by the community. Nothing fancy, just good food, affordable drinks, and great company,” reads a message on the pub’s website.