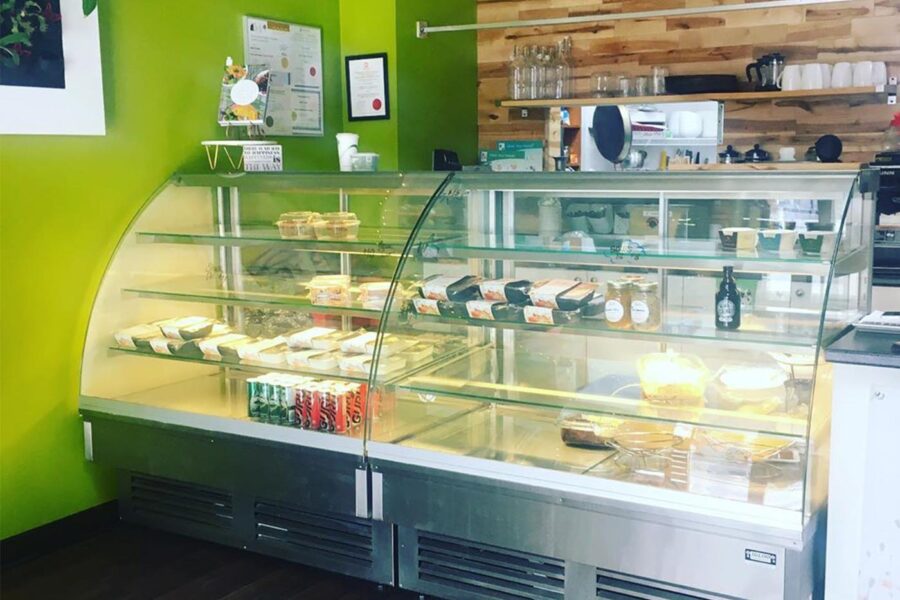 If you can’t get enough of the vegan places popping up all over the city, you’re going to have another new one to get excited about.

Bistro Vie, a takeaway spot for plant-based comfort food, has opened its doors in the heart of Downtown Dundas.

Originally established in Brantford, Bistro Vie has freshly relocated its kitchen and operations to Dundas in the cozy storefront at 103 King Street West. The new eatery takes over the space that, up until the end of October, was occupied by the similarly veganized Earth Shake; an ethical eatery that was a years-long staple of the Dundas community and a former go-to for healthy salads, sandwiches, smoothies, and fresh juices.

While Bistro Vie picks up where Earth Shake left off in terms of continuing to offer vegan bites to the Dundas area, the takeaway kitchen seems to have a decidedly different menu approach on its mind.

With fresh and frozen readymade meals to take home that include vegan takes on shepherd’s pie, lasagna, curry bowls, and chili, Bistro Vie is very much leaning into the satisfying comfort food side of conscious eating. The goal, they say, is to help make the transition to vegan food more approachable.

Opening with a menu that also includes lunch options, baked goods, and ever-changing daily specials, it looks like there’s pretty much something for everyone at Bistro Vie. Go check it out and dig into some seriously satisfying plant-based deliciousness!

Bistro Vie has soft-opened its doors at 103 King Street West in Downtown Dundas. For more information, check them out on Instagram.