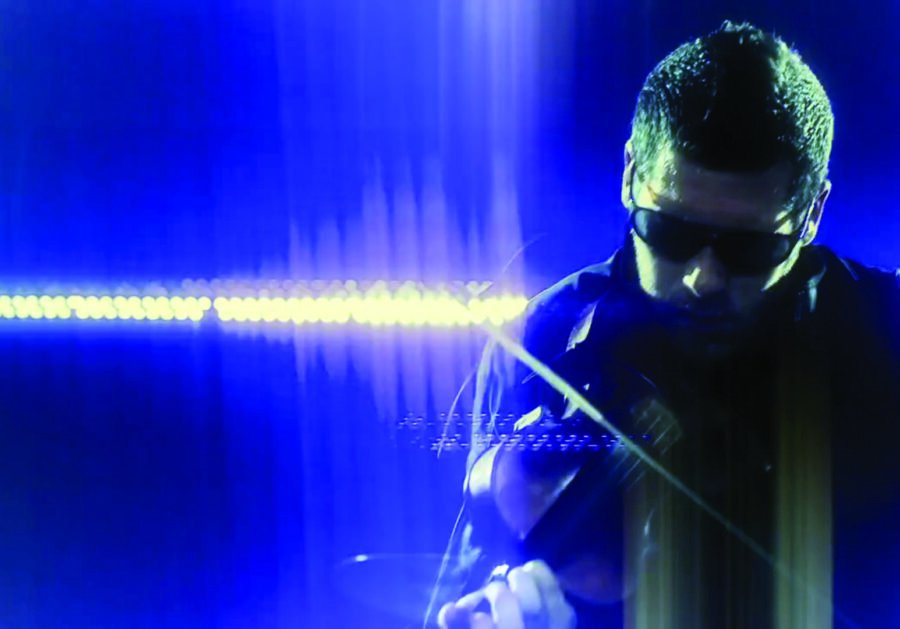 One Artist At A Time: Ashley MacIsaac

Fiddle phenom Ashley MacIsaac has a show coming up at ArtsFest in Waterdown later this month, but he found some time for a quick chat. I loved him and how awesome his whole fiddling gig was when I was a teen. Interesting guy. We didn’t get to do all of my usual questions, but it was cool to hear his perspective on things. There were more questions but…he had to go.

What have you been up to lately?
I’ve been doing the same thing for years. I play here and there, and wherever there’s an opportunity. Over the last few years some of the notable shows I’ve done have included a couple at Carnegie Hall. A big moment for me in the last decade was playing the Olympics in Vancouver. I manage to go out and do my standard Canadian summer festival and a few theatres, and wherever else in the world that calls that I decide I want to go.

How has your approach to making music changed over your career?
I learned a lot from the ages of 19 to 25, touring with a nationally released product that was basically an ensemble of ideas that I had to want to make something cool, but didn’t have the background of being in a pop-rock band. That taught me a lot about the scope and the size of the music business, and how much there is that one can do if they really want to and have the luck to. And, now I’m 41. So between now and when I was 25, some years I’d do 100 shows, some years 15, some years 35. I take the idea that as a musician I’ve learned how to think of the long-term. When I left Cape Breton as a fiddle player, it was that question of “how can I make a living playing this piece of wood and four strings?” Since I was a kid, when I started making money at this, I’d go “okay, how much money can I really make?” For that reason I’ve been able to stay in a business that’s changed as far as production and costs for making albums.

The come down after a show like that is much different than it was 15 years ago. I used to be able to settle down in 10 minutes, go to a hotel room, think about UFOs and smoke pot. Now it might take me an hour to really have the body come down. It’s physically different. Being older and not constantly touring, physically I still have to give 110 per cent but the come down is much different. When I was 19 a half hour after a show I might have ordered a pizza and smoked a joint, now it’s more like “okay legs, stop swelling”. I’m 41. I don’t expect it to not continue.

What are you listening to these days?
I think anything that’s been hip in the last few years I’ve only heard because I’m married to a young man and she’s listening to Katy Perry or whoever’s on the radio. I haven’t been really listening to other music because I’ve been focusing on finishing an album.

Do you feel like you still have something to learn, musically?
Oh god, yes. I only play the fiddle, first off. I can play the piano well, but I’ve never played the harp or picked up a set of bagpipes for more than two seconds. Age brings some type of temperance in how one plays a violin, and I just know that from watching masters or classical music and heroes of mine who are fiddle players.

I can’t imagine that I can’t learn way, way more in the next 20 years if I wasn’t focused on making records and making a living. There’s so much musical skill and cultural microcosms just where I come from, never mind across the world.

Who’s your favourite musician you’ve played with?
I look at the ones that are big names and think “maybe it should be them”, but they were just moments that were important and relevant. If I was to pick one — and I never really became a fan until I moved to southern Ontario — I was on stage once with Geddy Lee and that bunch, and I remember thinking, “yeah, this is something you don’t typically do, Ashley. This is rock and roll. This is Rush. Holy shit.”

I’ve got to play with some great musicians and great guitar players — Jack White, Paul Simon. I don’t know what my best and most exciting thing is. As a fiddle player, I was trained to be a soloist. That’s what we did in Cape Breton. We didn’t do what you do in Hamilton and the rest of North America at your Irish bar. We don’t jam. It was always about individual soloing, playing a song or playing a whole night of music just solo. So, to me, when I remember the gigs that have been important they’ve been times where I’ve gone out and I’ve played what I thought was as good as anything else that night I got just as big applause. And that’s when I think, “Cape Breton music is standing up on its own right now in a place where it never did before.” Those are the ones that stand out.

How well does Canada do at exporting music around the world?
Sometimes you zig, sometimes you zag. Sometimes you import, but it’s always better to export. I look at music as the most important thing that Canada has, culturally. They talk about the Group of Seven, but we’ve got Celine Dion, and we’ve got three of the best in the world right now with Justin Bieber, Drake and The Weekend. We’ve got Shania Twain, Bryan Adams, Corey Hart. I can’t imagine that in the eyes of other countries Canada isn’t seen as lucky, and incredibly motivated thanks to its close proximity to the border.

Exporting and taking money away from other people is always the best thing you can do for your country — that’s why Trump’s going to win. It won’t come down to all this craziness. It’ll come down to people being convinced that he’s going to help them with exports.

What’s your favourite Canadian city?
The one I live in at the moment, Windsor, is probably one of my favourites and always has been since I came to play here as a kid. It’s warm, it’s sunny, you can have tropical plants outside most of the year, and palm trees that will only grow here but won’t grow north of Chatham or London. It’s a hot, sticky place in Canada, and to me that’s the equivalent of being in Atlanta and there’s nowhere I’d rather be than the hot, humid days in Georgia. This is as close as I can get.

I love Toronto, and spent many years there. In Hamilton I’ve had some strange nights that seemed longer than they probably were and I’ve enjoyed it

If I think about it, I chose to live in Windsor the last number of years because it’s a nice place, it’s easy to live, and it’s blue collar like Hamilton. Being a Canadian fiddle player who stomps around in a dress and talks about his boyfriends, to be in the community feels comfortable because that’s the type of comfort I’ve felt across the country for 20 years among people of all stripes. “Yeah, we like you for fiddle playing, Ashley. Everything else, you do whatever.”