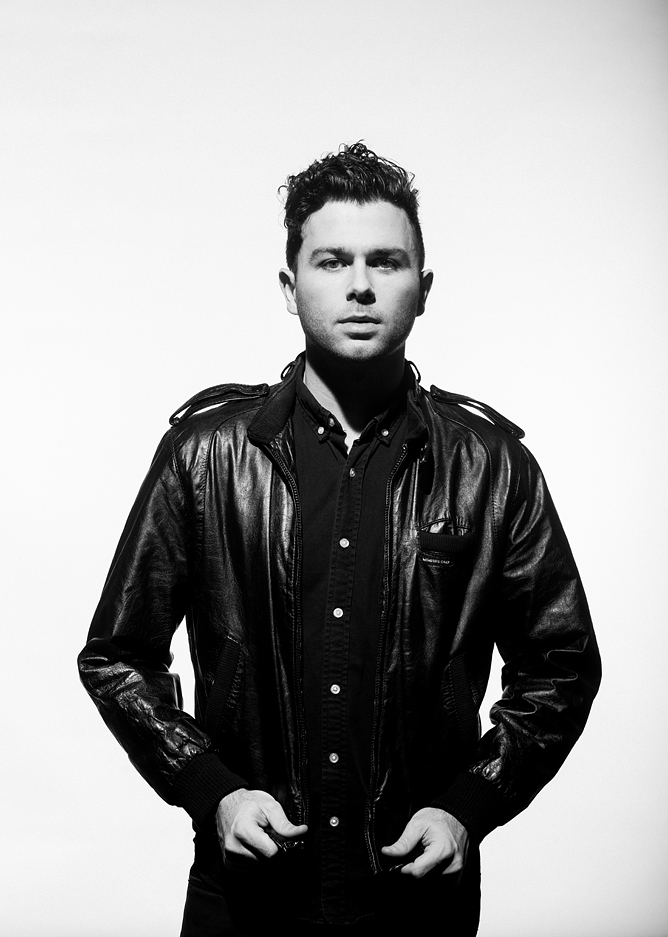 One Artist at a time | Max Kerman

What’s the most exciting thing happening in Hamilton right now? (You can’t say “you”.)
I’m not just pandering to you — I like all the new restaurants and places to hang out. When I first moved here there was a real shortage of cool coffee shops and restaurants and pubs, but now there’s a lot of choice. Today for lunch I went to Brux House, which was killer, there’s Two Black Sheep and my friend opened The Ship five years ago. One of my first jobs out of university was at My Dog Joe, and those owners have since opened Mulberry Coffeehouse and Democracy. There’s just lots of small-business entrepreneurs that are doing interesting things, and it makes it a fun city to live in. Now I have a bunch of friends from Toronto moving to Hamilton with no Hamilton roots, and I can proudly refer them to ten places off the top of my head that are worth checking out.

Who’s your favourite musician of all time?
It changes regularly… Paul McCartney? I’m not really going out on a limb there.

Who’s your favourite musician that you don’t like to tell people about?
I don’t really believe in guilty pleasures — I’m kind of over that. If you like it, you like it. You should hear the pre- drinking playlist that would be on at a party I’m throwing, which is anything from One Direction to Mystikal. I do love — and I want to shout this from the rooftops — Bruno Mars. I think he’s amazing. He can literally do everything better than anyone. His songs are incredible, he co-wrote F*ck You, the CeeLo Green song. He can play every instrument better, he can dance better than everybody. He’s a great live singer. His new song Uptown Funk is incredible. We watched Saturday Night Live with him, and we all tried to get the backup dancers’ moves down. Unsuccessful, so far.

Lots of bands leave their “birthplace” when they become popular. Why have you stayed?
It’s where my friends are now — you want to live where your pals are. I came to Hamilton originally to go to McMaster University, and I always envisioned moving back to Toronto. It’s where I grew up and it’s an amazing place. We ended up originally staying in Hamilton after we graduated because it was cheaper. It was just kind of out of necessity. When you’re on tour a lot, paying Toronto rent would be a real motherf*cker. So, (we thought) in Hamilton at least I save a few hundred dollars a month in rent…I can stay here. As years went on, I realized that all my family is in Toronto but all my friends are here.

What’s your favourite Hamilton memory?
It’s hard to point to just one. I have so many good memories. I have a yearly tradition of going to the Casbah. The last few years I’ve played at the JR Digs Acoustic Christmas charity show, and then The Dirty Nil have their annual Christmas show, Young Rival has an annual Boxing Day show, so I wind up being at the Casbah a lot. I look forward to that time of year: Christmastime at the Casbah. The Supercrawls have been amazing. Two years ago I was a spectator, and last year we got to play which was amazing – there were so many people there.

Do you have a vice?
I steal candy from the Fortinos bulk section. Usually when I go grocery shopping I stuff my pockets and snack a little. Sometimes when I get to the checkout I declare it, and sometimes I just keep it in my pocket.

There’s a zombie apocalypse. Where do you go in Hamilton to survive?
I feel like it would be pretty stressful, so I’d probably just go to The Ship and relax a little bit. I know all the staff there so I feel like they’d take care of me. They’d get shit under control. Like ‘you guys take care of this, I’m just going to hang out in here.’

How would your best friend describe you?
I’m pretty upbeat and I like company. So, just sort of an upbeat, social dude.

How talented are you?
Not particularly. I’m not being falsely modest – I can do a bunch of things pretty well. But I don’t have the discipline or patience to be great at anything. I’m a pretty good basketball player, but I’m not a great basketball player. I wouldn’t even say I’m a pretty good guitar player – I’m an ok guitar player. Like, good enough to get in a band kinda thing.

If for some reason you could never be an artist again, what would your ideal backup be?
I’d probably want to be a journalist. I listen to a lot of podcasts — I almost listen to more podcasts than I do music these days — and I love storytelling and political journalism. I think there are a lot of human-interest stories out there.

I could take down any 10-year-old no problem… I think at least seven or eight; I’d try to sock them hard in the face. I’d really strategically plan, and knock them unconscious. Just really punch them. I could drop kick them… I feel like their hardest punch would kind of be annoying, but I’d be able to deal with it. I wouldn’t enjoy it though.

Find The Arkells online at www.arkells.ca and on Twitter at @arkellsmusic

This monthly column aims to introduce you to artists around Hamilton, their personalities, and their opinions on random stuff in the city. The arts scene in Hamilton has been a rapidly-growing movement and has, largely, been under-recognized by the general population. So, here’s your chance to get to know them in a more personal way.