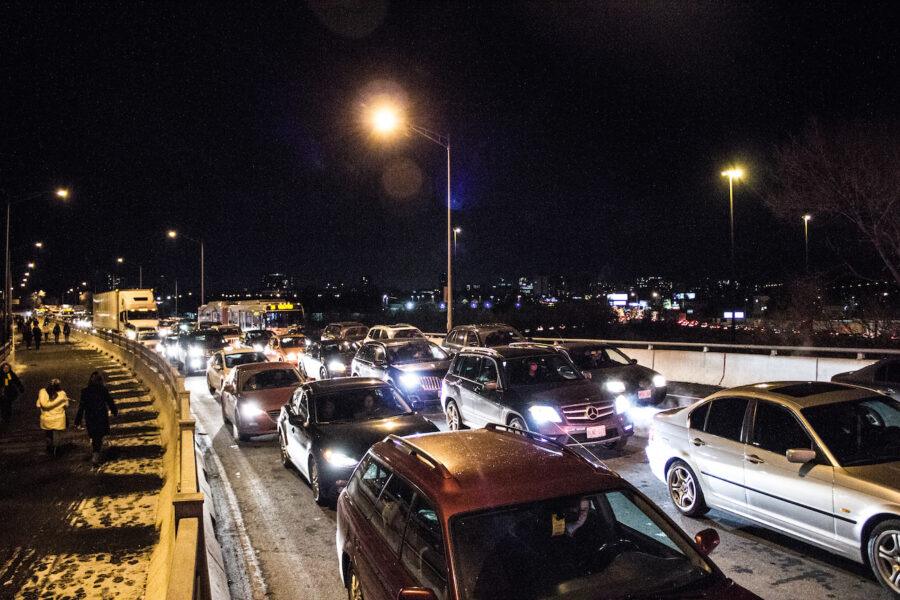 Photos of the traffic that made us all late last Friday

After a mudslide on Highway 403 near York Boulevard, Friday, the entire eastbound lane of the highway was closed from mid-morning until after 7:00 that night. Of course, this was very difficult for commuters trying to leave Hamilton Friday evening, causing major traffic congestion everywhere.

Drivers who couldn’t use the Eastbound 403 ramp on King Street were piled up trying to get across the bridge in order to head westbound on the 403, to the Linc, then Redhill; or they were trying to get on to Main Street and cut through the city to get to the Red Hill.

Either way, that amount of traffic going any direction caused the whole system to congest, and drivers had a very frustrating commute on Friday night.