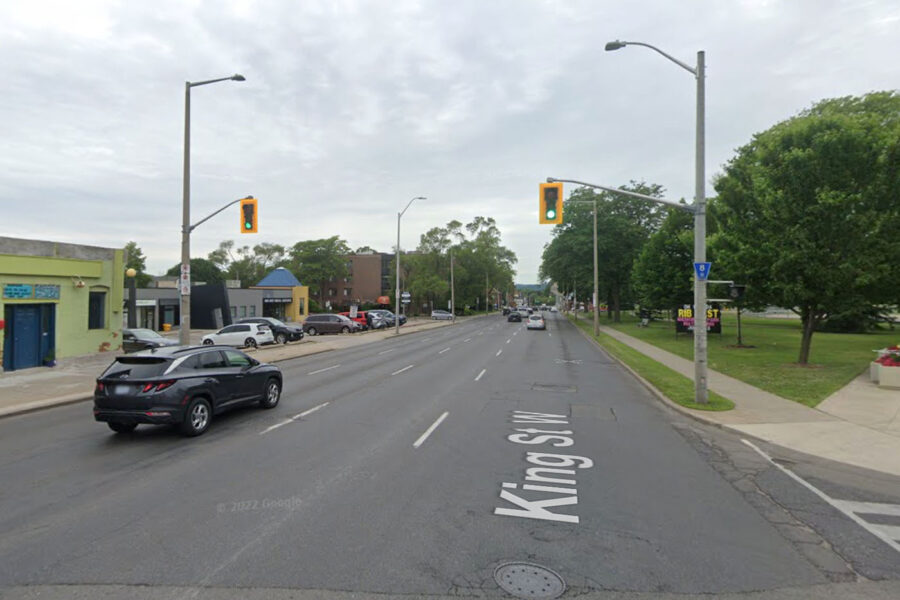 Mirroring the work recently done on Main Street, Hamilton’s King Street will see a bus-only lane added this coming weekend and the number of travel lanes will be reduced from five lanes to four.

The work on the bus-only lane begins Friday, October 21st and is expected to be completed by October 25th, weather permitting.

From there, using overnight hours on Thursday, October 27th, city crews will complete line painting to reduce the travel lanes on King Street between Locke Street and Dundurn Street from five lanes to four.

The 800-metre bus-only lane will serve as a protective buffer between sidewalk pedestrians and vehicular traffic, while allowing HSR buses to safely and efficiently pull over for passenger pickup and drop-off.

Vehicles are permitted to enter the red bus-only lane when making a right-hand turn onto Strathcona Avenue North, Locke Street North, Pearl Street North, or Ray Street North, but are not permitted for general travel, stopping, or parking.

During this lane reconfiguration work, the number of usable lanes for regular vehicles will reduce from four to three, with a fourth lane for buses only.

Local drivers are asked to be aware of the updated pavement markings and signage as this project is completed.