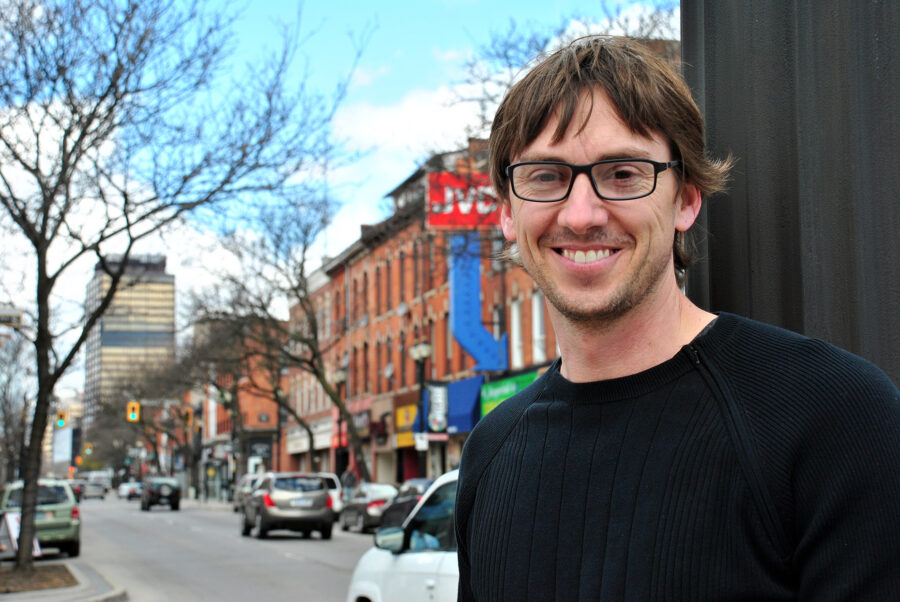 [vc_row][vc_column][vc_column_text]Following the retirement of long-time City Hall stalwart Tim McCabe, the City of Hamilton began the search for a new head of planning and economic development. The position is prestigious and powerful. It’s not easy to fill. Fortunately, the search saw the City hire Jason Thorne, a native Hamiltonian. Thorne has yet to crack 40, but his accomplishments and acumen make him something of a rock star in his field. We had a chance to sit down with Jason to learn a bit about him before he begins his work at the end of May. Introducing Jason Thorne…

You have an impressive resume! What’s an accomplishment that you’re particularly proud of?
I’ve been fortunate to work in some great organizations and with some great teams, which has benefited me in terms of exposure to a wide array of work. So I think I’m most proud of the diversity of planning work that I’ve been able to do so far in my career. I’ve worked on large regional planning initiatives like the Growth Plan and Metrolinx’s Big Move. I’ve worked on municipal scale land use and sustainability plans. I’ve worked on both greenfield and infill neighbourhood plans. And I’ve worked overseas on rural development plans in West Africa and squatter housing upgrades in South America. I think I have worked at just about every scale of planning, and in just about every conceivable planning context…which is going to come in handy working in a city as diverse as Hamilton!

What drew you to planning as a career choice?
I didn’t start out thinking I wanted to be a planner. I studied environmental science at university and worked for several years in Hamilton and Toronto with community environmental groups. But the more I delved into the issues that most concerned me, the more I began to appreciate how closely they were tied to the way we build and design our cities and communities. So from there, it was a natural progression to become a city planner.

What are you most looking forward to in your new job with the City of Hamilton?
I’m most looking forward to working with the incredible diversity of passionate and engaged citizens and community groups across the City – BIAs, neighbourhood associations, farmers, business associations, faith groups and so many more. Jane Jacobs said that “cities have the capability of providing something for everybody, only because, and only when, they are created by everybody.” That philosophy is central to how I think planning should happen. And there is no better place to practice that than in Hamilton. I am also fortunate to be joining a City with great leadership and great staff. Together I think we can move the City forward.[/vc_column_text][/vc_column][/vc_row][vc_row][vc_column width=”2/3″][vc_column_text]You’re originally a Hamiltonian, but you’ve worked around the world. What does Hamilton mean to you now?
It’s a rare and unique privilege to be able to come home and be part of planning and building the city where you grew up. For me, Hamilton is a collection of special and unique places. It’s the neighbourhoods on the mountain and in Ancaster where I lived, and where my friends and family lived (and still live). It’s the arenas where I played hockey. The schools I attended. The downtown record shops and stores where I hung out after school. The clubs where I went to see live music. The Niagara Escarpment and waterfront trails that I hiked. It’s a place that has a whole bunch of personal connections for me. And I’m looking forward to discovering new places, and making new connections, now that I’m back.

If you ever find a day off, what’s your favourite way to spend it?
With my two kids, usually playing games or going to the park. And as they get older they’re more-and-more starting to enjoy my favourite pastimes with me – sitting in a café and reading, chatting, listening to some live music, or just watching the world go by.[/vc_column_text][/vc_column][vc_column width=”1/3″][vc_column_text]LIGHTNING ROUND