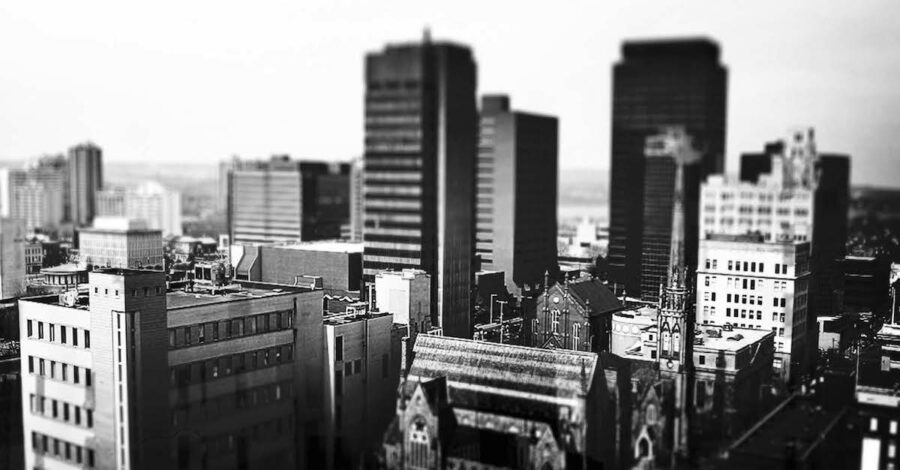 The situation in Hamilton is improving. That’s the good news.

The bad news is, it’s not improving fast enough. As a city we lack the sense of urgency, the ambition and the operational skill to compete at the national and international levels.

Unfortunately, we don’t have a choice: like it or not, that’s the level we’re competing in. The choice isn’t between playing and not playing, it’s between winning and losing.

Consider the bicycle. This mundane form of transportation is an increasingly important part of the world’s most successful and innovative cities.

The Copenhagenize Index, which ranks cities according to their efforts to establish the bicycle as a “feasible, accepted and practical form of transport”, recently ranked chilly Montreal as the eighth most bicycle-friendly city in the world, and the best in North America.

The other cities on the list are some of the world’s most desirable, including Amsterdam, Barcelona, Tokyo, Berlin, Paris, London and New York.

By establishing themselves as leaders in promoting cycling, these cities are not just attracting cyclists. They’re sending a clear message that they have an agenda for decreasing traffic congestion, improving air quality, promoting physical and mental health, ensuring the safety of their citizens, and combating climate change.

They’re declaring that they are leaders, not followers. Their message is heard loud and clear by highly mobile young people, high-tech companies, entrepreneurs and investors, who flock to these metropolises at impressive rates.

Here in Hamilton, progress has been excruciatingly slow.

In 1992, the Region of Hamilton-Wentworth released the Bicycle Network Study. The study focused on creating the basis for a bicycle network that could be implemented rapidly. The Region’s 1995 Official Plan endorsed the creation of a bicycle network, which included four main elements, including a “Lower City Spine route” from Dundas to Stoney Creek via King and Main.

Fast-forward sixteen years to the present day and there is still no integrated, continuous network of bicycle lanes in Hamilton. Neither King nor Main feature bicycle lanes, and both are forbiddingly dangerous for cyclists.

Then again, there is no plan for bicycle lanes on King and Main in the City’s most recent plan, Shifting Gears 2009, the Cycling Master Plan that was approved by Council in June 2009. That plan has bike lanes in the lower city on east-west arteries like Cannon Street and Burlington Street instead.

Those aren’t built either.

In fact, very few of the bike lanes in the plan, which includes the lower city, the mountain, and surrounding areas, have been built. That’s because the plan’s timetable is extraordinarily long: 20 to 40 years, which prompted Terry Cooke to lament, in a 2009 Spectator column, “They built the Great Pyramid in ancient Egypt in 20 years. But in Hamilton it’s going to take us 40 years to construct a network of bicycle paths.”

The plan’s stated vision is also depressingly devoid of ambition. It outlines two goals, one of which is that “fifteen percent of all daily trips would be made by foot or bicycle”. But a 2003 study on the health benefits of cycling that compared the rates of walking and cycling in various countries found that, six years before Shifting Gears 2009, 12% of daily trips in Canada were already made by pedestrians and cyclists.

This rate was contrasted to nations like The Netherlands (46%), Denmark (41%) and Germany (34%). Those are goals to aspire to. When we speak of vision, a goal of three percent more than the national average from six years previous doesn’t qualify.

Why not aim for 50% instead of 15%? In 2010, Montreal experienced a 35% to 40% increase in ridership over its 2008 rate. New York City grew ridership by 35% between 2007 and 2008. These increases are not random. They are the result of deliberate policy decisions and decisive, rapid implementation of ambitious plans.

Our sluggish progress towards the ultimate goal of creating a continuous, integrated bicycle network is just one example of a paralytic culture of inaction.

In October 1956, Hamilton converted its two-way downtown streets to one-way thoroughfares. Seven months later, the Transportation and Traffic Committee held a packed meeting where businesspeople complained of “decreasing business returns, the refusal of old customers to visit the stores, large numbers of heavy trucks passing through the downtown area, the alleged conversion of King Street into a highway”, according to a Spectator article dated May 1957.

Fifty-four years later, we’ve managed to convert just a handful of downtown streets back to two-way.

Why is it taking us so long to make substantial improvements in our state of affairs?

Most of us have little patience for people who,despite knowing what they must do, keep finding reasons not to just go and get it done. Are we satisfied with that as Hamilton’s reputation?

ADRIAN DUYZER is an entrepreneur, business owner, and Associate Editor of raisethehammer.org. He still believes that Hamilton can be the Ambitious City. Adrian lives in downtown Hamilton with his family.