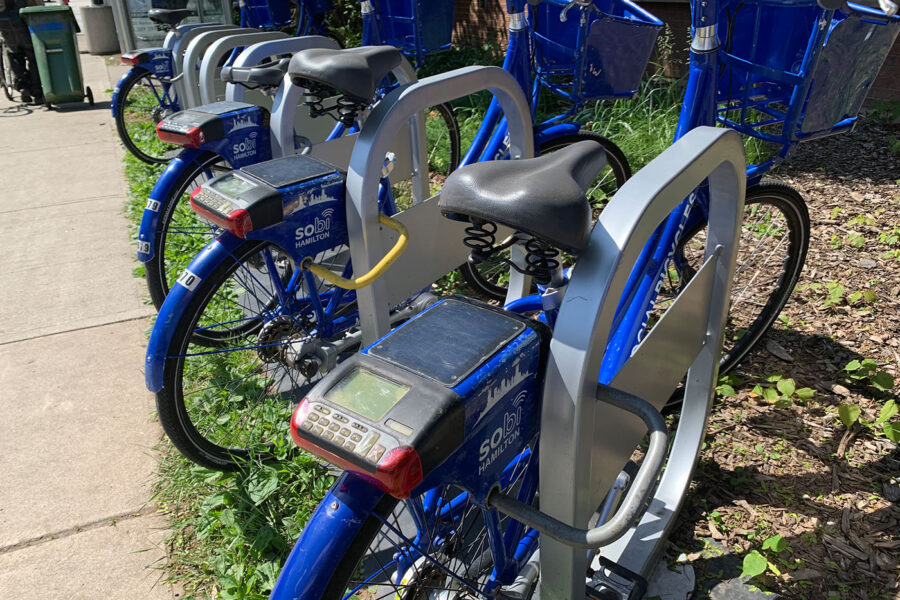 After a controversial city council vote seemed to leave Hamilton’s bike share service dead in the water, a last minute fundraising effort – coupled with vocal advocacy from city officials and community members – has swooped in to save SoBi in the city.

This week’s city council meeting saw councillors reconsidering the impact of the original vote and instead voted unanimously to maintain the popular bike share service in Hamilton.

The entire incident was kickstarted by the blindsiding notice to the city from Social Bicycles LLC and its owner, Uber Canada, that the service would be pulled from Hamilton effective June 1st; a move that would leave dead bikes and stations across Hamilton with no company operating and maintaining them.

Sobi saved. Unanimously. @SoBiHamilton and all your riders did it. Awesome!!

The cancellation of service would also leave 26,000 local users without a key mode of ecofriendly and cost-effective public transportation; one which some relied on as their primary means of local travel.

Some city councillors proposed using the capital budgets of three lower city wards to keep the bike service alive under the operations of the not-for-profit Hamilton Bike Share Inc.; however, eight of the sixteen council members were opposed to using tax dollars, which led to a tie vote that functioned against saving SoBi.

But just when it seemed like SoBi may have met its end in Hamilton, immense efforts to raise money that keeps bike share alive in Hamilton saw $100,000 donated by the McNally Charitable Foundation, $70,000 raised by an online crowdfunding campaign, and other monies donated by LiUNA, Effort Trust, the Royal Connaught, Roxborough Park Developments, Urbansolutions, and IBI Group.

Hamilton Bike Share Inc. reported that they would need $400,050 in funding to keep the bike share program operational until Feburary 2021.

The funds raised will keep SoBi alive until at least next February, and the city will continue to look for potential third-party operators in the interim.