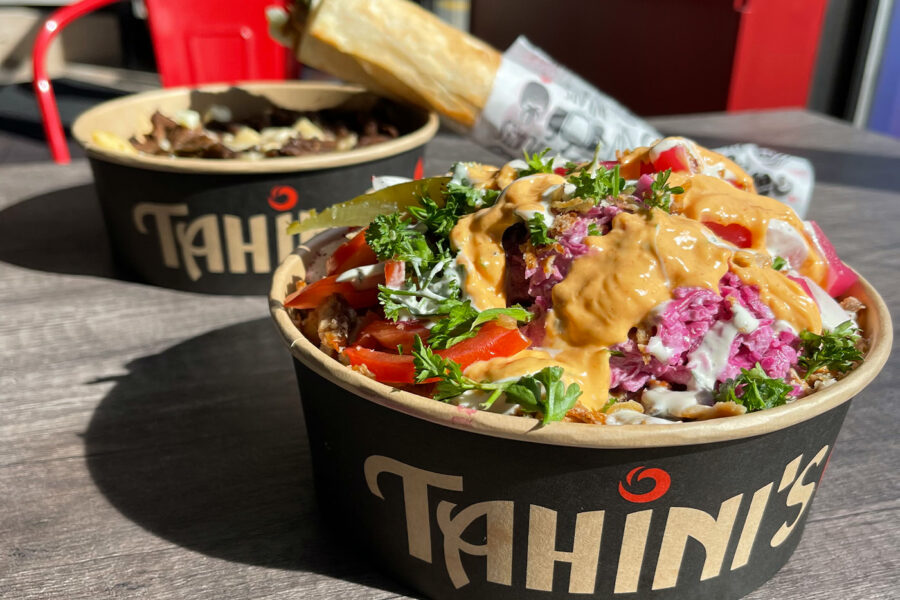 Aly and Omar Hamam’s Tahinis is a true Canadian success story that has endured through not one, but two of the most challenging eras the world has known in recent history.

The founders of the London, Ontario-based Tahinis Restaurant, which recently opened a new location in Hamilton at 1554 Main Street West, have worked tremendously hard to bring their vision of Levantine-style Middle Eastern food to Ontario diners, and have adopted some unique practices that have allowed them to expand dramatically during the pandemic.

“We knew Hamilton was a big student city just like London,” says Aly, “and that there was much the same feel in terms of diversity of people. We knew it would be a good fit, so it was just a matter of waiting for the right location. We had the franchisees lined up for a long time, and when the location opened up (the old Tim Horton’s), we were ready to move in right away.” 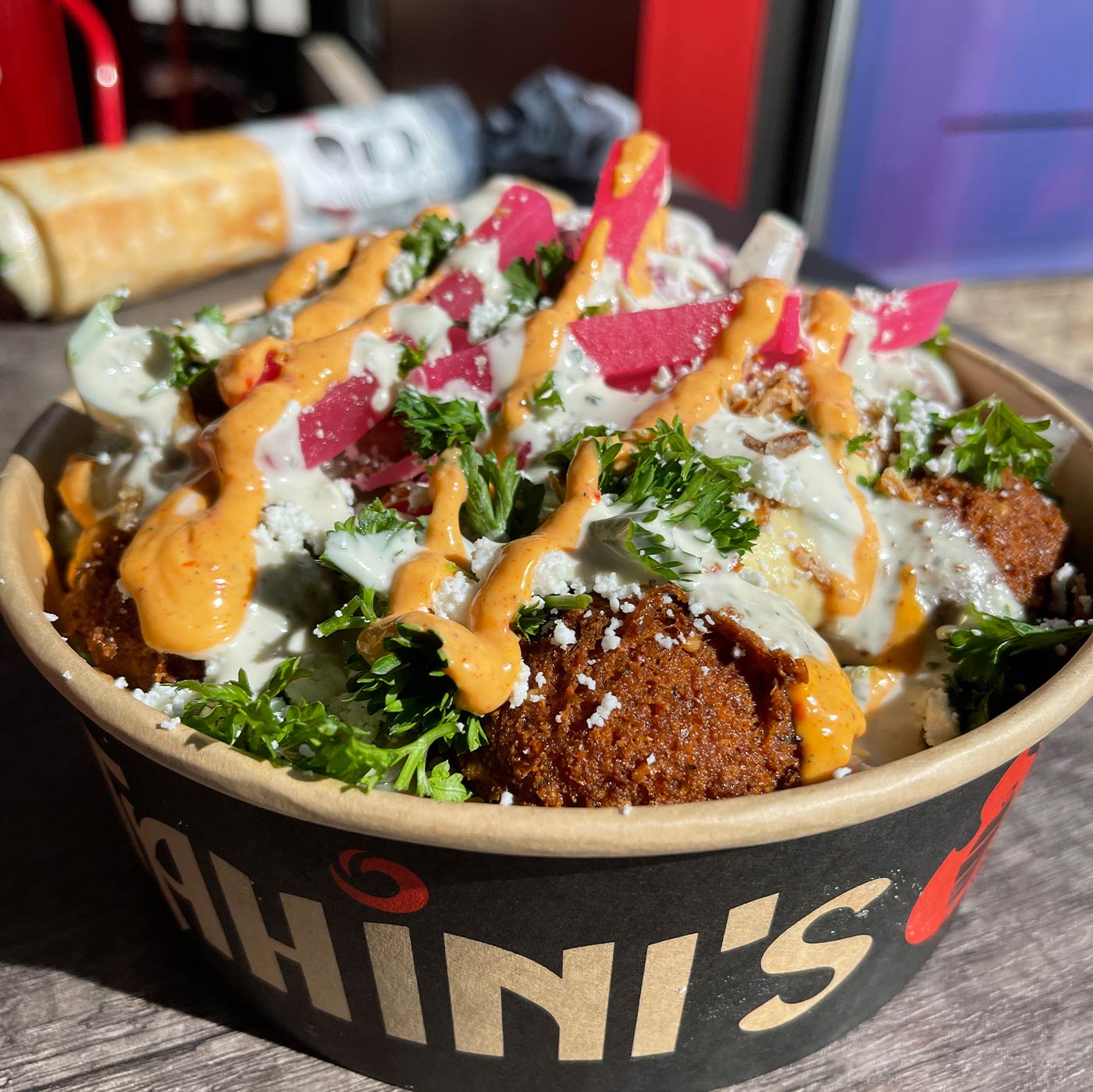 Like so many other Canadian restaurant owners, the Hamams came to Canada as the result of upheaval in their home country. “We came to London in 2012 just after the Arab Spring,” says Aly. “We lived in Egypt before then. I had just graduated from university and my brother Omar ran a business selling his version of Slushies to locals.” When the Revolution happened, Aly and Omar were faced with the choice: stay or go.

“I didn’t want to start my career in that environment and Omar didn’t want to stay.” The Hamams already had family living in London, Ontario, so they decided to make the big move and leave Egypt for Canada. “It was mostly fate that we ended up here, something that neither of us predicted would ever happen.”

Shortly after arriving in London, the Hamams decided to open a restaurant together, and were able to acquire an existing Middle Eastern restaurant (Barakat) to serve as their venue. Following a rebrand to “Tahinis”, the store was a great success with Londoners and enabled the Hamams to open up three more locations in Whitby, Barrie, and Etobicoke. As of this writing, Tahinis has eight locations, of which Hamilton is the latest, making them a notable homegrown franchising success story. 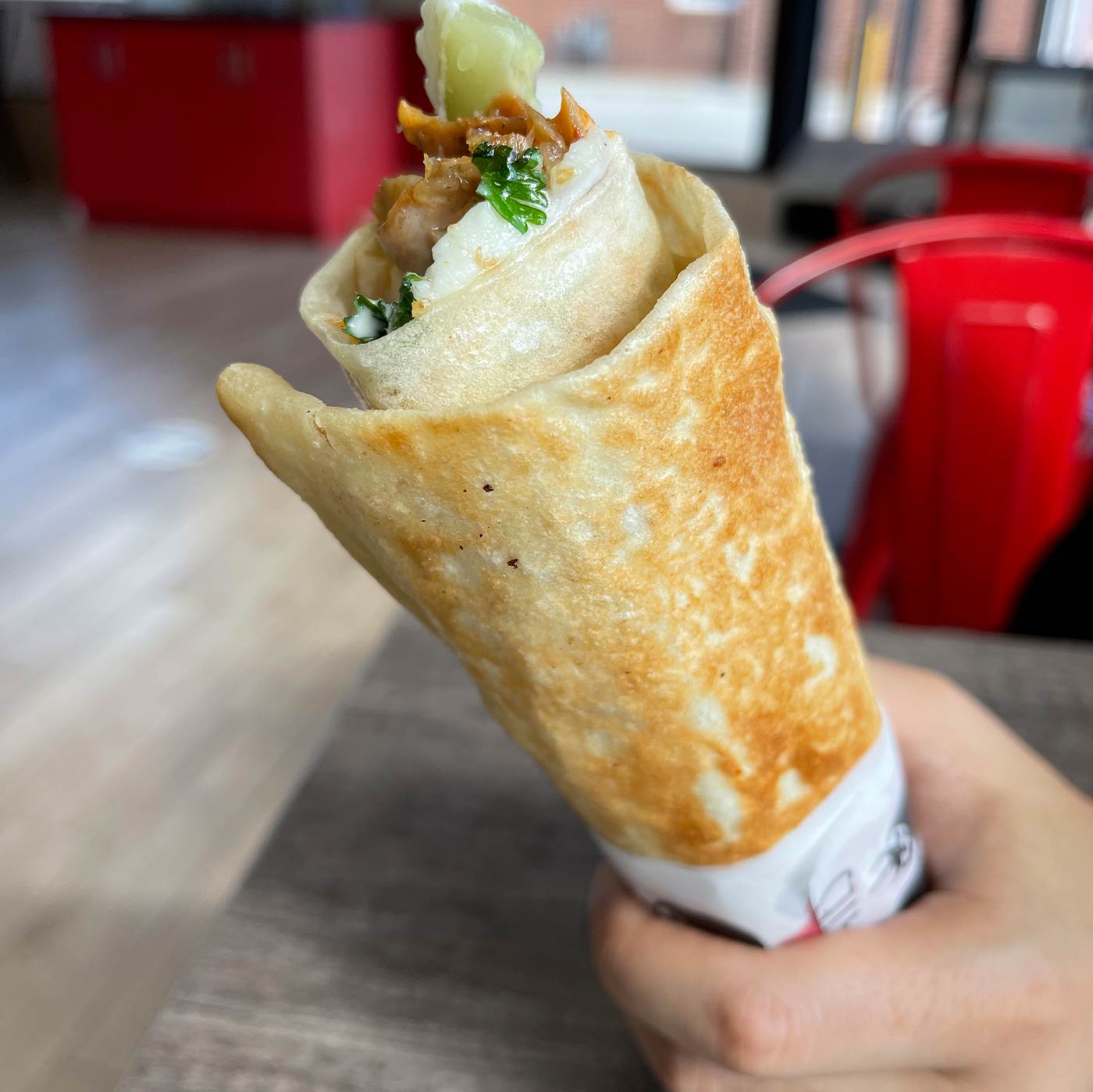 “The first month of the pandemic was really difficult for us, very scary,” says Aly. “If you remember March and April of 2020, it was chaos. Our sales plummeted 80% in one week and everyone was terrified. At the time, we had three stores and we didn’t know if we’d make it another month. A lot of our employees left and took the subsidies to stay home.”

Faced with the pandemic’s tremendous uncertainties, the Tahinis family, along with their new partner Ahmed Dessouki (Omar and Aly’s cousin) decided to grind forward, taking direct control of the stores to keep them open and afloat during that difficult month. Tahinis transitioned into an online and delivery enterprise and making sure that customers had a better, easier experience.

Another notable response was Tahini’s use of Bitcoin into their financial model. “We adopted a Bitcoin strategy for our company’s cash reserves in August 2020,” says Aly, “where we put the cash reserves into Bitcoin, prior to when other companies like Tesla, PayPal, and Twitter did the same. It was one of the best decisions we’ve ever made: our treasury is now up more than 350%, outperforming most Wall Street hedge funds. With all the debt the country’s going into and money printing, we felt that any business needs to have an income strategy and a balance sheet strategy, which for us was Bitcoin.” 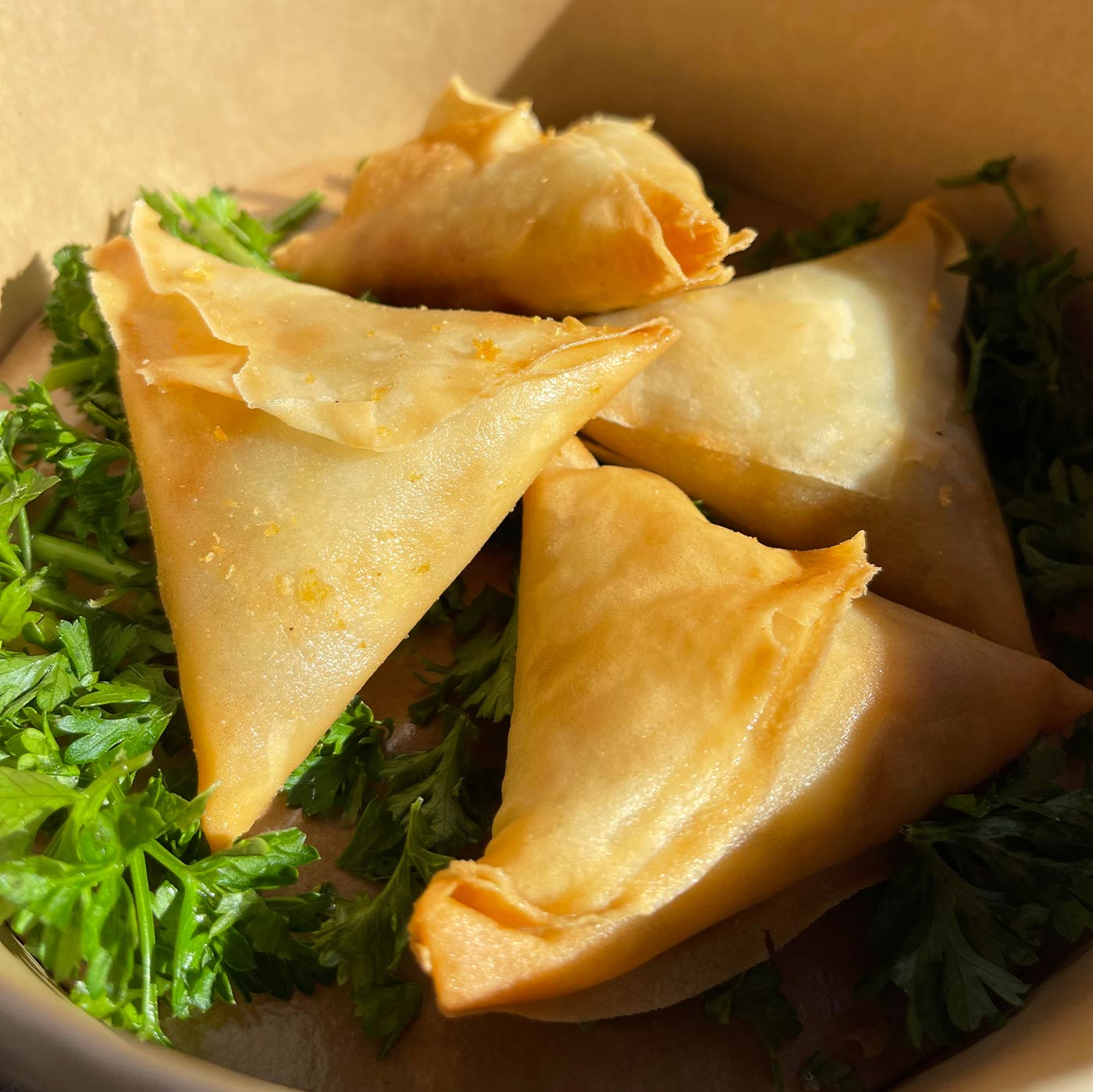 Aly notes that Tahini’s food is not purely Levantine-style Middle Eastern fare, though it is the base. “We wanted to do our version of fusion dishes. For example, our shawarma is full-on Middle Eastern. However, we do have a chicken shawarma poutine, a hybrid. And then we have our butter chicken shawarma on rice, a hybrid of Mideast and Indian cuisine. We try to bring cuisines together and make new dishes that are not served anywhere else, dishes that are relatable and new to different kinds of customers and demographics all over Canada. Canada is super-diverse and we just wanted to bring that diversity into our menu as well.”

In terms of first orders, Tahinis stand-bys are their chicken shawarma wraps that come in three varieties as well as their fan-favourite chicken and rice bowl, for which diners can customize by choosing their own additional toppings suited to taste.

“Our chicken shawarmas come in the Original, Old School, and Authentic varieties,” says Aly. “The Original is the baseline that we started with when we opened up eight years ago, consisting of the chicken, garlic, tomatoes, pickles, tahini sauce, and parsley. The Old School is the same, but we add our signature cabbage sauce and turnips.” Aly goes on to say that these two options are the more westernized varieties, whereas the Authentic is closer to what you would get if you ordered a shawarma in Egypt or Lebanon. “We put only garlic, pickles, and fries, which is the flavour you would get over there.” 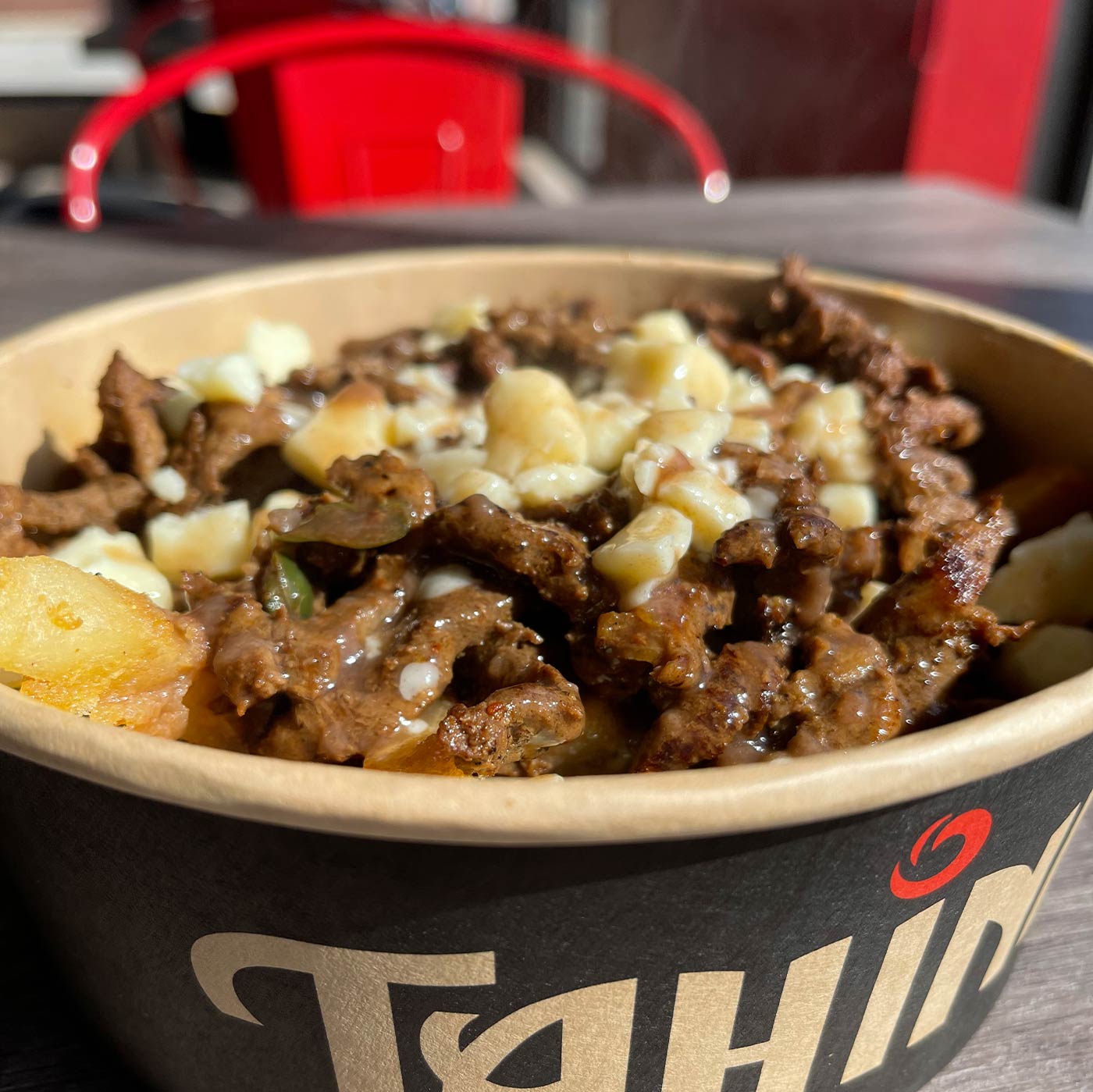 As the family company continues to grow Tahinis, Aly notes that there were some key lessons that any restaurant looking to expand ought to adopt. “It comes down to persistence, iteration, perfectionism, systemization, and having the right people. If you choose the right team, with each person having their own expertise, you can do unimaginable work together. Each one of us in the company has a different role to play, and it is very much a team sport. We work and play together.”

In the coming year, Tahinis plans on opening 10 new locations, expanding quickly, mostly within Ontario and the GTA.

Hamiltonians, of course, don’t have to wait, and can visit Tahinis at 1554 Main Street West in Westdale. just west of Cootes Drive. 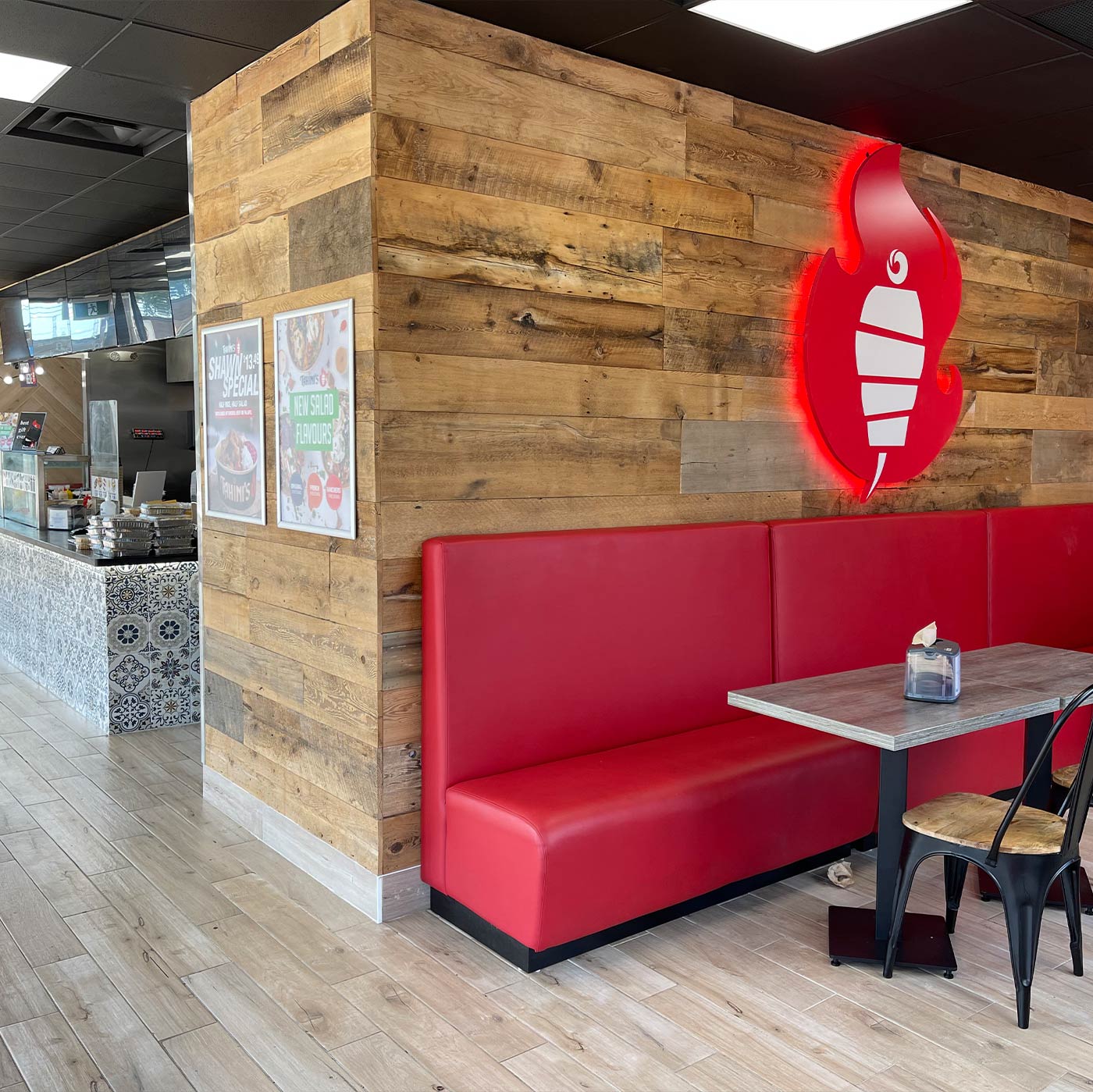