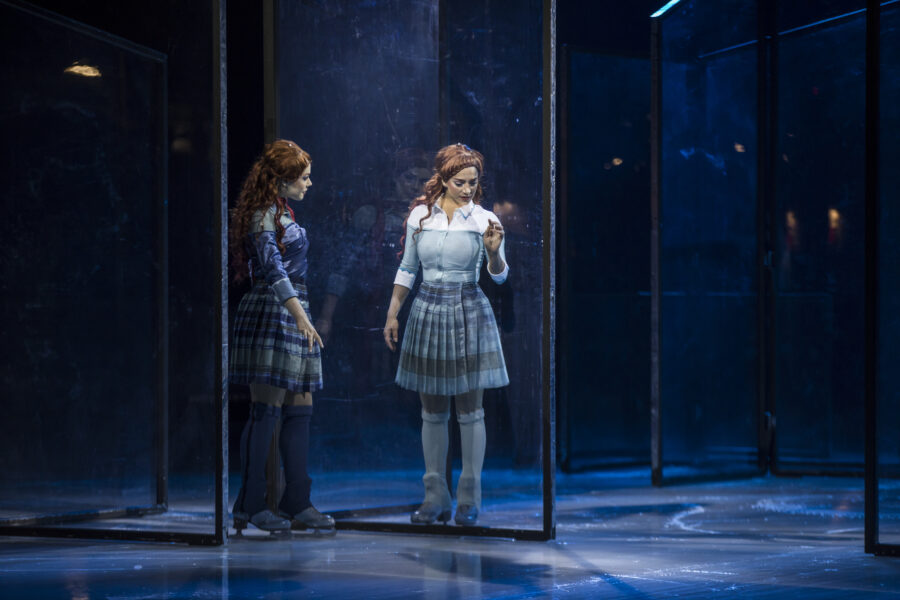 The Cirque is Coming to Town!

Did you hear? The Cirque is coming to town. No, not the circus, the Cirque. Cirque du Soleil! That high-flying acrobatic show from our neighbours in Quebec that’s toured the world, brought joy to countless audiences and made many a person kinda wish they could run away with the circus too.

It’s not just coming to town, though. It’s bringing something special this time. Cirque du Soleil’s Crystal is a show unlike any other for one reason: it’s on ice.

Never before has Cirque combined its unique and charming acrobatic shows and surreal aesthetics with the speed and agility of an ice show until now. The show features synchronized, freestyle and extreme skating coupled with Cirque’s signature whimsy, juggling, tumbling, acrobatics and trapeze art.

Cirque du Soleil got its start in Montreal in the eighties. From its beginnings, in the mid-1980s it was known as a different type of circus. Most notably missing are the animals. But what Cirque lacks in four-legged attractions it makes up for in large doses of theatrics and grandness.

The story starts with Crystal, a young woman who feels “misunderstood and out of sync with herself.” As she’s walking across a frozen pond she falls through the ice into an upside down world. There she meets her own reflection who guides her through this new world and awakens Crystal’s imagination and creativity. Crystal uses this new knowledge to find her true self and, ultimately, find her way home again.

Mississauga-native figure skater Nobahar Dadui, who plays the titular Crystal, nearly quit the skating world before Cirque asked her to audition. At 26 she had skated in dozens of ice shows but what attracted her to sign on was the challenge of bringing the show and the character to life. Each number allows Crystal to learn more about herself. “I think it’s a journey that everybody goes through at some point in their life. [Crystal] fights to come up” from a dark place. “[Crystal] doesn’t want to be a follower,” but, Nobahar notes, that it can sometimes be “difficult to be a leader. It’s about knowing who you are and finding the strength within.”

“It’s very rare to get the opportunity to find a character [like Crystal]. It was an honour to be a part of finding out who Crystal is.”

Four-time world champion figure skater Kurt Browning was part of the team that brought the show to life. Working with Kurt was “everything you would expect.” Kurt was the Skating Performances Senior Designer and also coached the show’s performers.

Crystal comes to Hamilton’s FirstOntario Centre from June 20 – 24. Tickets are now on sale on Ticketmaster.ca and CirqueDuSoleil.com/Hamilton/Crystal