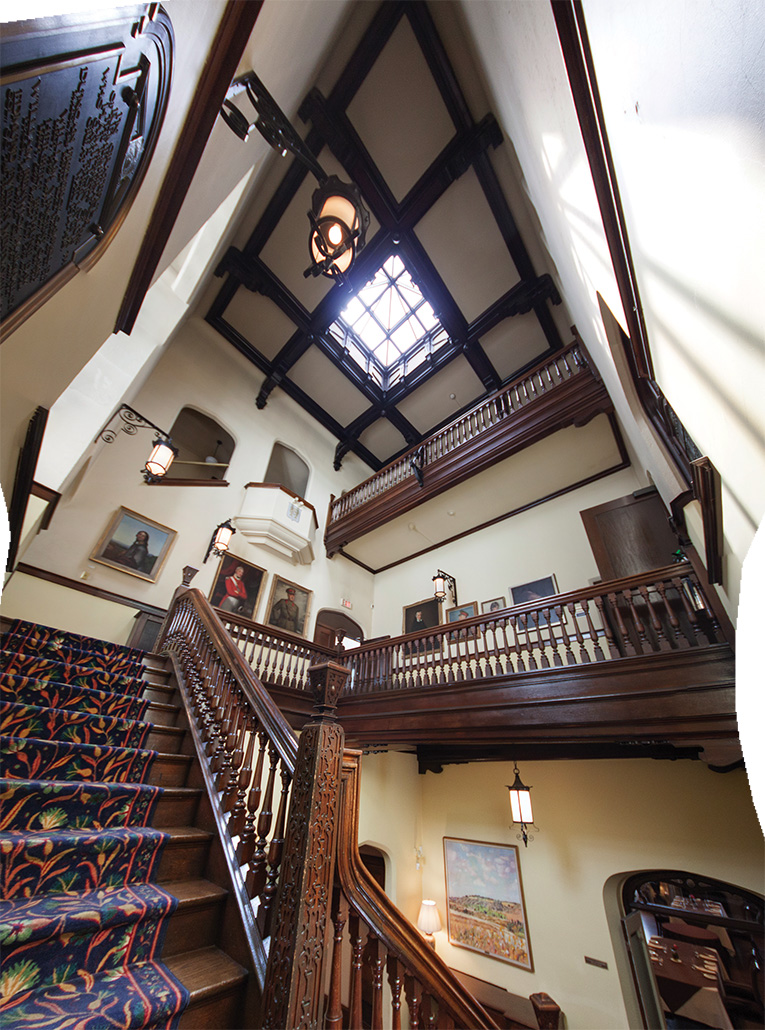 A showcase of Hamilton’s heritage and contemporary class

Founded in 1873, The Hamilton Club is a unique study in contrasts. While the members of the club include many of the city’s most prominent leaders, the building itself has a rather unassuming red brick facade. Many locals would, in fact, be hard-pressed to give directions to the club if asked on the street. The club is a vibrant hub of business, but yet is primarily a social institution; banning the display of work-related papers in dining rooms, and forbidding the use of cell phones in public areas. Parts of the facility have barely been touched in the last century, while other parts have been completely renovated to modern standards. Now, as it approaches its 150th anniversary in 2023, the Hamilton Club, like the city that surrounds it, is in the midst of tremendous revitalization.

Sir Isaac Buchanan, one of Hamilton’s leading citizens in the late 1800’s (and the builder of the Auchmar estate), served as a founding member, and the first chairperson of the Hamilton Club. He, along with a small group of businessmen, purchased the home of Hamilton’s ninth mayor, Charles Magill, and converted it into the Hamilton Club. Since that time, there have been 127 chairpeople; many of whom have since had local buildings, streets, parks, and neighbourhoods named after them. The Shermans of Dofasco, the Pigotts of Pigott Construction, Hendrie, Young, Balfour, Gibson, Holton, Frid, and many more.

Today, many of the industrial giants have left Hamilton, and so the membership is largely made up of bankers, lawyers, architects, and a growing contingent of newer small business leaders from a variety of sectors. Membership is now close to 240, and it continues to grow, enjoying an influx of younger members. In addition to housing on of Hamilton’s finest art collections, the Club is a hotspot for dining, business meetings, and social events. It regularly houses lectures and workshops, as well as pre-Ticat game parties and even tequila tastings.

Recent work on the historic building has helped to preserve and restore heritage features (windows, woodwork), as well as add to the member experience through the addition of a sports lounge and rooftop patio. You might be surprised what is behind that unassuming red brick facade…