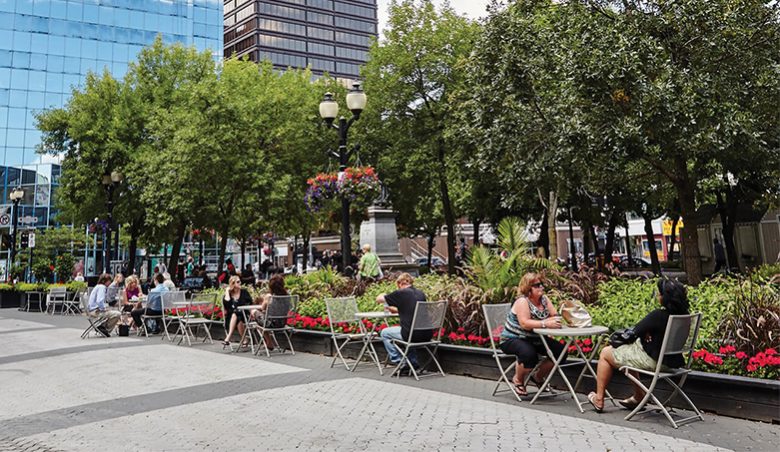 The Importance of Placemaking

Why it’s time for heritage conservation districts in Hamilton

Cities, towns and villages across Ontario are acting to preserve heritage buildings, structures and landscapes. It’s part of a growing movement to maximize the inherent value — economic, social and environmental — of built and natural assets that help define the special character of local places and spaces.

To this end, the province, under Part V of the Ontario Heritage Act, gives municipalities the ability to create heritage conservation districts through designation bylaws. This provision, enacted in 1980 and strengthened in 2005, enables local councils to preserve heritage and manage change at an area level that extends beyond individual properties. A comprehensive plan with guidelines is now a requirement in the detailed process of designating a heritage conservation district. This plan, developed by the municipality in consultation with property owners and a range of community stakeholders, describes a district’s heritage attributes and defines the objectives of the proposed designation. These objectives are district-specific and typically seek a healthy balance of conservation and sympathetic development.

In general, a designation plan is intended to help stimulate dynamic, modern uses as opposed to introducing restrictions that have the effect of freezing a district in time.

Only one is commercial/residential: Mill St. in downtown Waterdown. This distribution of uses goes against the grain of provincial trends and exposes a need for the City of Hamilton and its residents to consider opportunities to designate additional commercial districts.

A prime candidate is the Gore Park precinct located in the heart of Hamilton’s historic city centre. Gore Park — like The Square in Goderich and By Ward Market in Ottawa — meets the conservation district criteria set out by the province: it boasts a concentration of heritage assets linked by context and use; it has a sense of visual coherence through building scale, mass, height and materials; and, it has a distinctiveness that is recognizable from surrounding areas.

Gore Park is the enduring soul of our community, animated through landmarks and memorials, Veteran’s Place commemorating Hamilton’s military history, a civic garden and a signature fountain.

Seen in the context of recent municipal investments in the public realm (including the removal of the bus terminal and the addition of pedestrian-friendly amenities) and private investments in real estate (including the Royal Connaught condominiums and Lincoln Alexander Centre), the stage is set for Gore Park to become a premier heritage conservation district.

To top things off, there’s the promise of a light rail transit line that will connect Gore Park — and its businesses, attractions and services — to our entire city and a growing region. This will help create the economic and demographic conditions for sustainable revitalization.

The key benefit of a heritage conservation district designation in Gore Park is the assurance that future change will complement the overall character of the precinct, especially as seen from the street. It would prevent the demolition of significant buildings or new construction considered by stakeholders to be out of synch.

On a whole, studies show that district designations tend to boost property values in periods of economic growth and maintain those gains during recessions.

For example, a 2012 study by the Heritage Resources Centre, University of Waterloo, tracked property value changes in the Mill St. heritage conservation district in downtown Waterdown. It showed that “the majority of properties are performing at or above average, indicating a neighbourhood that is doing better than its non-designated surroundings.”

Major players in Hamilton — including our municipal government, business improvement associations, neighbourhood groups and chambers of commerce — are committed to energizing historic commercial corridors and districts city-wide. The best approach is to use a variety of tools to unlock the highest value from heritage buildings and structures while introducing a framework for managing change.

Heritage conservation districts informed by local plans and guidelines should be considered a tool of choice.