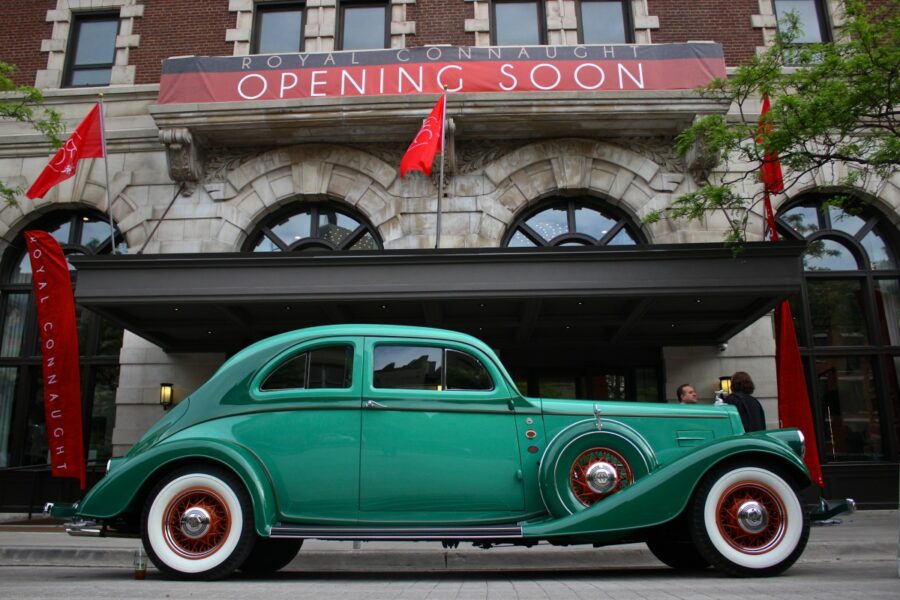 The New Cool | Changing demographics of the core

Kathy Tally (56) just gave her 26-year-old son, who lives at home, his two years notice. She has been a good mother, paid for and maintained a home for her children, and been a diligent employee working in a downtown office since her kids were in diapers. But Kathy’s ready for a change, and that’s why she recently bought a new home in the freshly renewed Royal Connaught.

Ten or even five years ago, the idea of living steps from Gore Park was not ideal. The buildings along that stretch of King Street have not all been treated well over the years. And still, many today suffer from crumbling bricks and warping window frames, begging for redevelopment.

It may not be fair to completely credit the revival of the Connaught for the sprouting positive mentality of living next to the Gore. After all, the Pigott Building, steeped in equal history was also saved several years ago and converted into condos.

But with more than 70 percent of the 122 units sold in just four months, the success and grandeur of the Connaught begs the question: are affluent people really ready to flock downtown again? I’m not talking about young people specifically, or professionals necessarily—but people who may have the means to instead buy homes elsewhere in the city; perhaps in “cleaner” neighbourhoods with lower crime rates, and backyards. Is owning property in the bulls eye of Hamilton’s core becoming cool?

For 25 years, Tally has worked for an insurance company located in the CIBC building on the corner of King and James. Her home is near Gage Park. Raised in Hamilton, Kathy says she has lived in several different neighbourhoods, on the fringes of the city, and in areas just bordering on downtown.

While studying at Humber College she lived in downtown Toronto. “It’s never really been my cup of tea to live in a big city,” said Tally. But she is both excited and anxious to be moving into the Connaught in 2016.

She’s anxious because she expects it will be very different from what she has become use to, taking care of a full home and yard. “It’s a lot of work and upkeep living in a house,” she said. “[Now] I can just go home and put my feet up.”

She’s also anxious for what one could call the renaissance of a youthful or adventurous spirit, living in such close quarters with her neighbours, sharing elevator rides, lounging on the terrace, and enjoying cocktails in the lobby. But that’s also what is exciting.

“Living right downtown, there’s more of an awareness of what’s going on and connections with like-minded people.”

Kathy noted recognition of the “unpleasant crowd” that hangs around Jackson Square, after all, she’s worked in the area for quite a while. But she is confident that the youthful and ambitious new downtown residents will trigger a dynamic change, and cause a ripple effect refreshing the image of that area. “Everyone I talk to about it has an extremely positive reaction… they think [moving to a condo downtown] is an amazing thing.”

No doubt there has been a resurgence of hope and renewal in both our minds and in physical form over the last 10 years. Just between 2010 and 2014 more than 1000 new jobs came to the downtown core, and downtown office vacancies decreased by nearly three and a half per cent in that last year alone.
These numbers are all well and good, but perhaps we could even be reaching a tipping point; one that could, by all measures, flood the core with even more young, educated minds.

A recent study by Better Homes and Garden Real Estate showed that a primary goal for most post-millennials (people aged 24 and under) once they enter the job market is to own their home. In fact, they even said they would be willing to give up social media or double their homework load if it guaranteed home ownership sooner.

Maybe that’s why Anna D’Angela, a 23-year old McMaster MBA student from Maple, Ontario also just bought a condo in the Connaught, covering the down payment with money from an inheritance.

She’s lived in Hamilton for almost six years and has decided this is the city she wants to continue living in for at least the next five years while she finishes her Master’s degree and begins her career in health sciences, a growing field in Hamilton.

“I like the vibe that [Hamilton] has, and the amount of change it is currently going through is exciting,” said D’Angela.

Her main reason for loving living in Hamilton is—as the shirt says—that you can do anything in Hamilton. “You really feel like you can make a difference,” said D’Angela, who is currently living in cooperative housing in Westdale.

The developers of the Connaught, Ted Valeri and Rudi Spallacci said they’ve equally sold units big and small throughout the building and estimate they will be sold out by the first quarter of 2015, which was unexpected. They thought it might take longer.

“There’s no one specific demographic,” said Valeri. People that are nearing the end of their careers are buying because they want to settle down in a smaller home with less maintenance. Young people who are starting to establish their careers in Hamilton are also buying – getting into the market early.
“The young people are being more up front about being frugal… they’re making their money work for them,” said Valeri.

Spallacci added, “They’re seeing the value. They fall in love with the whole idea of living downtown… Hamilton is seeing that for the first time in 30 years.”

For years, the Connaught stuck out like a sore thumb as an empty shell of a formerly beautiful building, and now it’s sticking out in the completely opposite way—as an attractive home and a beautiful piece of history.

“Urgency is what we’re finding,” said Spallacci. “People want to get in on the ground floor [of Hamilton’s recent condo boom]. The Royal Connaught is the nicest building in Hamilton and it’s the first one [of the boom].”