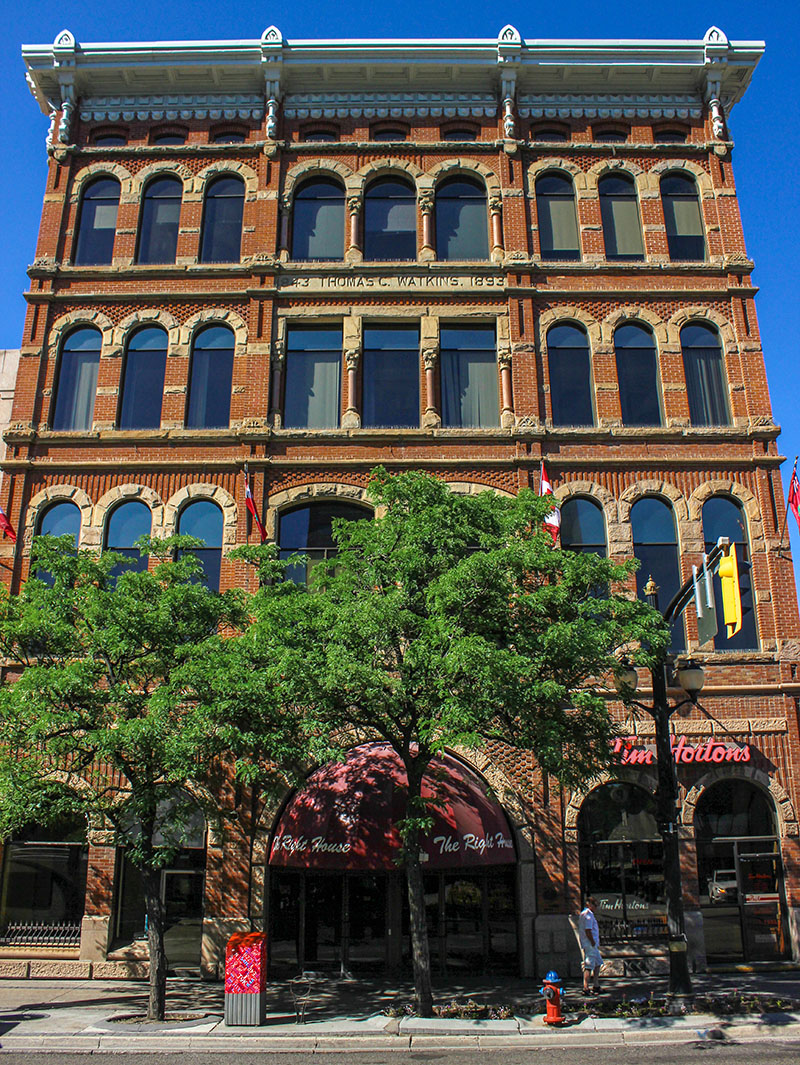 The Right House is a landmark building in the streetscape of downtown Hamilton. It was designed by local architect William Stewart & Son in 1890 for merchant, former schoolteacher, and Irish immigrant Thomas C. Watkins in 1880, and was completed in 1893 at a cost of $100,000. Located at 35 King Street East, it is a designated heritage site (City by law 84-31), and is the home of many Hamilton firsts!