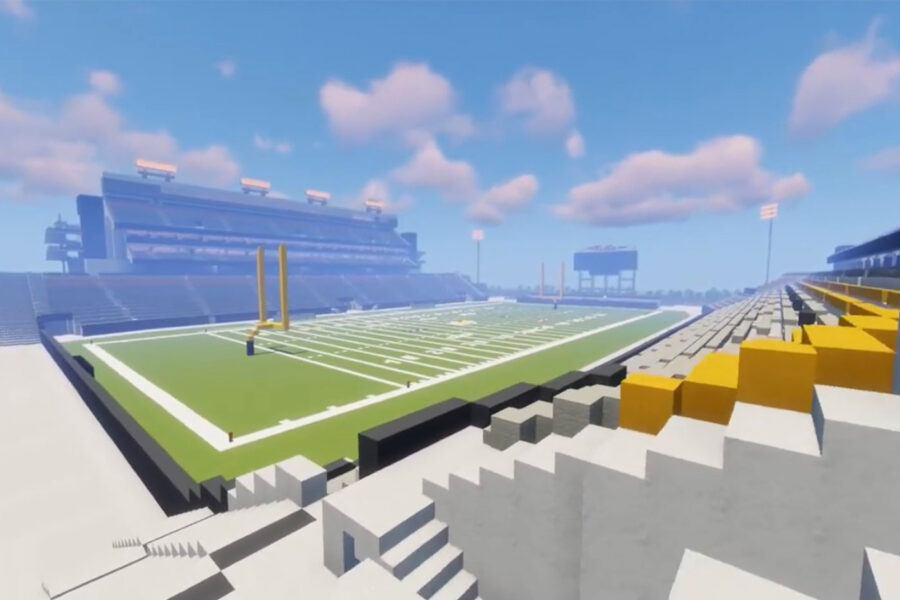 Someone has been using one of the world’s most popular sandbox video games to build virtual renderings of prominent sports stadiums across Canada; and one of them is Hamilton’s very own Tim Hortons Field.

The home of the Hamilton Tiger-Cats and Forge FC has officially been digitized in Minecraft’s signature 3D brick-like form with an impressive eye for detail, including renderings of some of the stadium’s interiors.

The rendering was created by YouTube user AronA, who has been uploading videos of this and other Minecraft versions of sports stadiums all over Canada.

Having this digital version of Tim Hortons Field to admire is a somewhat bittersweet reminder of the fact that the stadium has been virtually empty this year amid the COVID-19 pandemic’s impact on large gatherings and events.

However, with the CFL announcing a season for 2021, including the final Grey Cup match hosted right here in Hamilton, our fingers are crossed that Tim Hortons Field will once again be filled with a sea of screaming fans sooner rather than later.

Check out the full video and others on AronA’s Youtube channel.