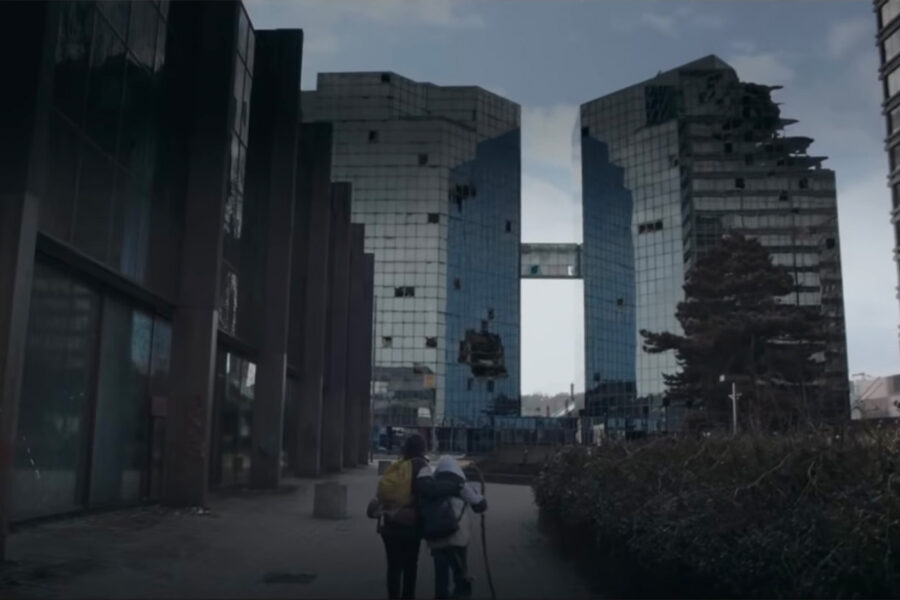 This intense dystopian thriller was filmed all over Hamilton

Night Raiders, which was one of the hits of this year’s Toronto International Film Festival, is written and directed by Cree-Métis filmmaker Danis Goulet and uses the backdrop of an intense, apocalyptic thriller to tell a story with pointed social and political commentary.

I loved Night Raiders, a film that perfectly navigates Canada's horrible colonial past through a future dystopian landscape.

It's a stunning feature debut from @danisgoulet and features yet another beautiful performance by Elle-Máijá Tailfeathers. #TIFF21 pic.twitter.com/MTnWZJGo54

Set in a dystopian North America in the year 2044, Night Raiders follows Niska (played by Elle-Máijá Tailfeathers), a Cree woman who fights to save her daughter by joining a resistance movement against the military government.

The trailer for Night Raiders features startlingly prominent shots of Hamilton made even more startling by the visual effects that make the city appear ravaged by post-apocalyptic havoc.

Locations visible in the trailer include the rooftop of Jackson Square, and numerous clear shots of the Hamilton skyline and its most iconic high-rise buildings.

But Hamilton presence aside, Night Raiders already looks to be a gripping and timely piece of filmmaking that’s sure to appease both genre lovers and movie-goers looking for a story with thought-provoking themes.

Check out the trailer for Night Raiders below and see how many Hamilton locations you can spot!