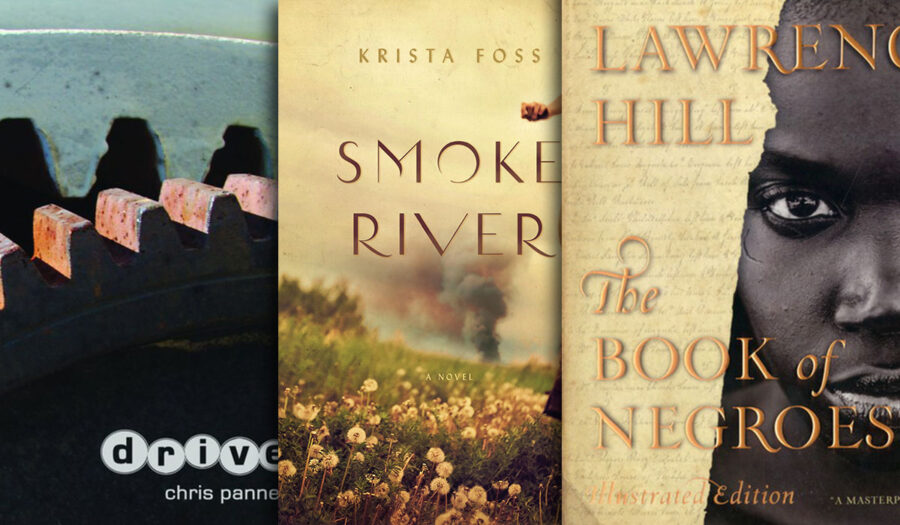 If you’re anything like me, you can’t keep your nose out of a book. You come up for air only to succumb to the most basic necessities, such as eating, walking, or franticly searching for another book to read. By chance, I recently found myself in the latter of these situations, which lead me to stumble upon a recent CBC article stating that a Hamiltonian author has yet to clinch the prestigious Giller Prize. Now, this certainly is not the end of the world. And it certainly is not indicative of Hamilton’s literary talent, as the article was careful to point out. What struck me about the article, however, wasn’t that a Hamiltonian has yet to win the prize—for whatever reason—but rather the crushing realization that I’ve never so much as touched a work by a Hamilton author.

In an act of repentance, I heeded the advice of the article and contacted Kerry Cranston-Reimer, one of the owners of Bryan Prince Booksellers. I asked her to give me a list of some notable Hamilton authors. Her list was extensive, and accompanied with the assurance that the list was merely the tip of the literary iceberg. Assuming you’re not the Usain Bolt of speed-reading, here’s three:

Lawrence Hill is arguably the most recognizable contemporary Hamiltonian author. Spending his childhood growing up in Don Mills, Hill eventually found himself in the vibrant city of Hamilton. Hills achievements as a writer are extensive. Hill is the author of 9 books. His work range from memoirs and non-fiction to fiction. One of his most successful works, The Book of Negroes, is regarded as a renowned success and is currently being made into a television miniseries.

Synopsis: The Book of Negroes is a finely crafted piece of historical fiction revolving around the fictional character, Aminata Diallo. Abducted as a child at the age of 11, Aminata is torn from her village in West Africa, thrown into slavery, and shipped across the Atlantic Ocean to America. Revolving around the era of the Revolutionary War, Aminata attempts to grasp hold of her own independence by serving the British in the American Revolution and having her name entered into the Book of Negroes. This book, a real historical document, lists the names of African American Loyalists, granting them freedom and entrance into Canada. Aminata soon finds herself in Nova Scotia, only to find that the haven she sought was steeped in an oppression all of its own.

Awards for The Book of Negroes (US Title: Someone Knows My Name):

Chris Pannell has been heavily involved the Hamilton literary scene. From 1993 to 2005
Pannell ran the New Writing Workshop at Hamilton Artists Inc. He has published three poetry books: Under Old Stars, Sorry I Spent Your Poem and Drive. Pannell was also the recipient of the Hamilton & Region Arts Council poetry book award in 1997 for his work, Fractures, Subluxations and Disclocations.

Synopsis: In sure and tender poetry, Chris Pannell looks into the rearview mirror of his bus – and his life – to celebrate the humanity of his passengers, and himself. From speaking with kidney dialysis patients, to driving sleeping teenagers home, Pannell’s poems engage the reader with his empathic view of our world in elegantly constructed verse.

This Hamiltonian author is a former journalist and two time Journey Prize finalist for her short stories. Foss has also been long-listed for CBC’s Canada Writes contest as well as published in several literary journals. Her works have also been published in several literary journals. Foss’s debut novel, Smoke River, drifted onto shelves earlier this year.

Synopsis: This compelling contemporary story is told in the voices of several vivid, unforgettable characters, including the restless young Mohawk woman dreaming of adventure and fame in the wider world; the successful businessman with a secret, balanced between two communities; and the unexpected lovers, who must weigh happiness against history and fierce pride.

After a proposed subdivision becomes the site of a Mohawk protest, tensions many had thought long buried resurface and begin to escalate. When a violent crime is discovered, everyone must make a pivotal choice, about what to remember and what to forget, what to let go and what to hold tight.

Smoke River is wise and tender, fearless and often very funny. It heralds the arrival of a vibrant, original, and intrepid new voice in Canadian literature.