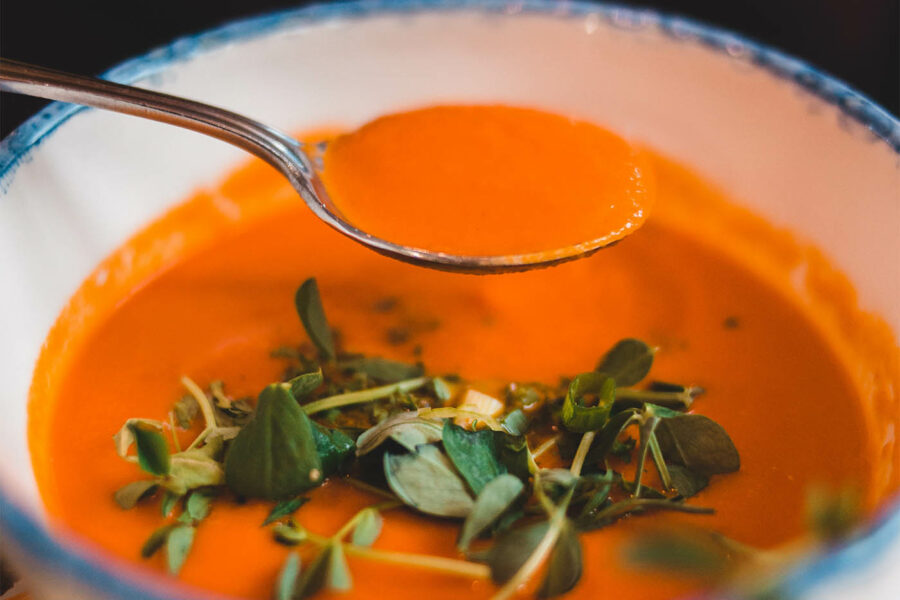 With a persistent wintery chill in the air, it’s official: soup season has arrived.

Whether you’re into a silky puree or a hearty & hefty stew, Hamilton has got plenty of spots for that comforting, slurp-able goodness to keep you nice and warm through the coldest months of the year.

If you want to figure out where to get your next soup fix, look no further: here’s our 2022 list of the top 10 soup spots in Hamilton! 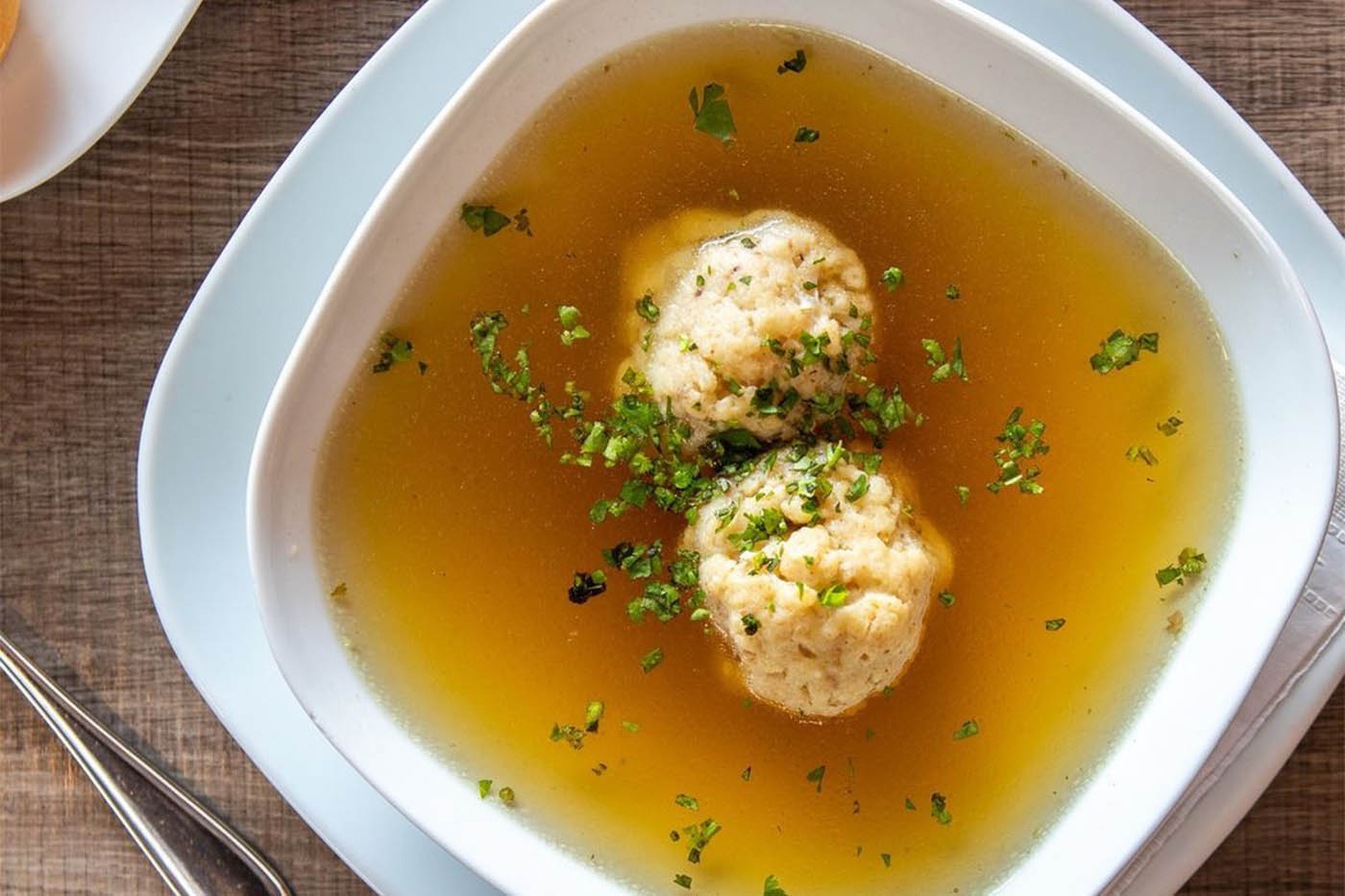 Many know James North’s Charred Rotisserie House as a spot for some of the city’s best rotisserie chicken, sandwiches, poutine, and more. But did you know they also make a couple of seriously tasty soups?

Next time you’re in the mood for a nostalgic bowl of chicken soup, Charred’s comforting Piri Piri chicken noodle keeps things simple, light, and tasty. There’s also a matzah ball soup on hand for something a little on the heftier side. 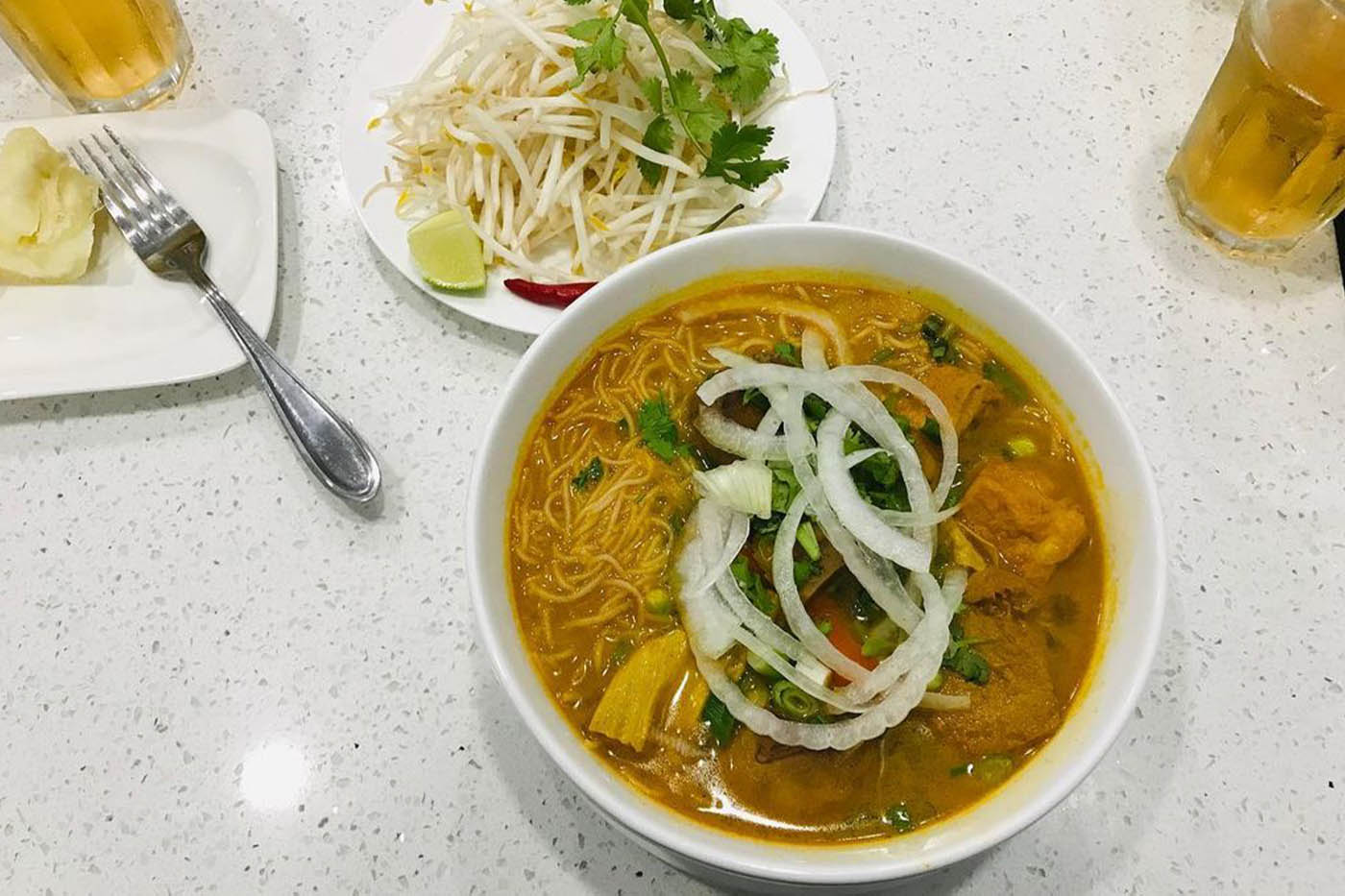 For authentic and flavourful Vietnamese cuisine, Pho #7 is one of the Hamilton Mountain’s best options.

This Upper James restaurant features a stacked menu of soups, made with rich broth, rice noodles, vegetables, and proteins like rare beef, chicken, shrimp, or BBQ pork. What the #7 in this spot’s name means is anybody’s guess; but given how consistently delicious the food at Pho #7 is, we wouldn’t be surprised if it was simply their lucky number. 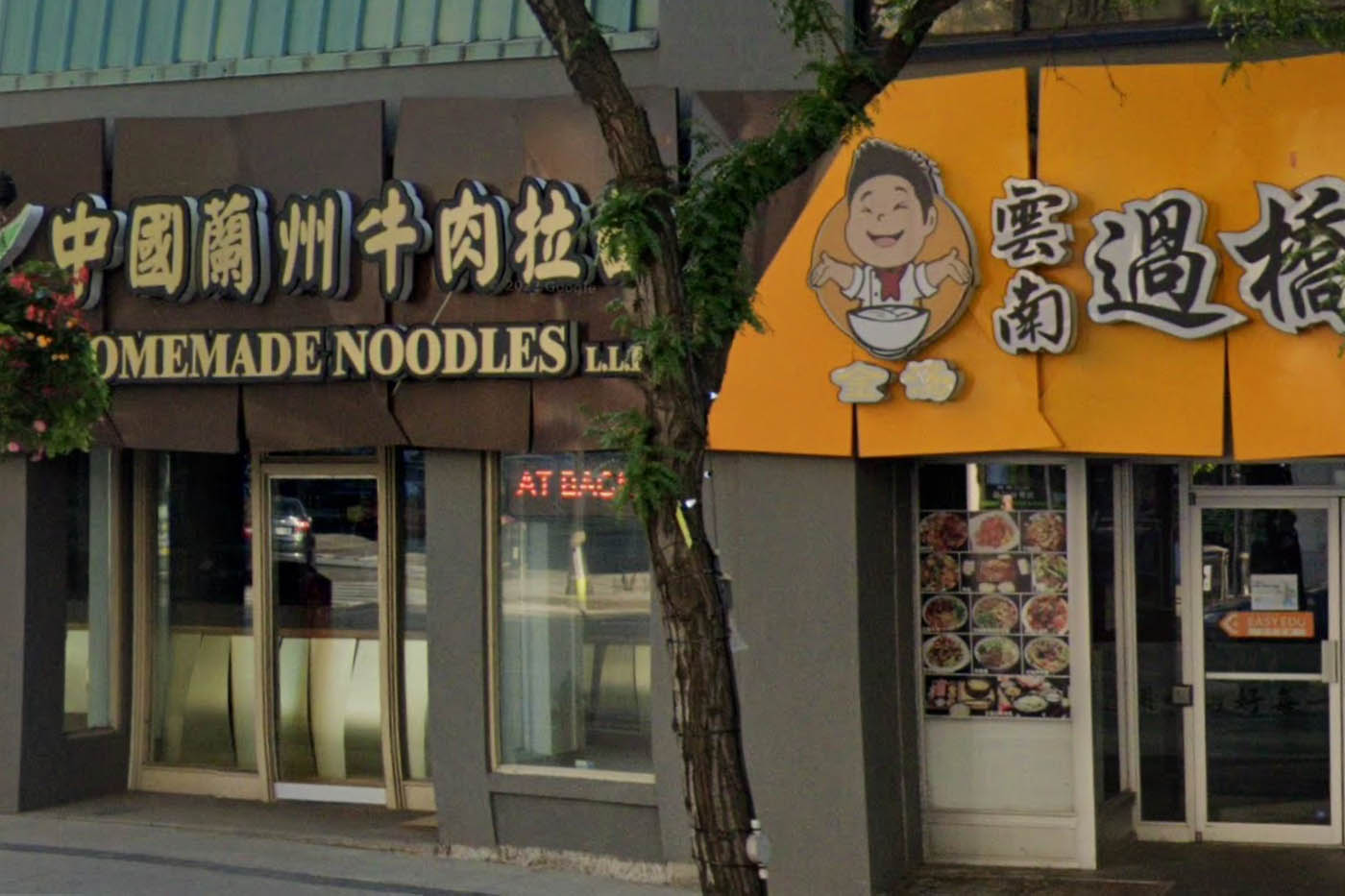 Authentic Chinese cuisine is the name of the game at this Downtown Hamilton restaurant.

On top of appetizers, rice dishes, and Chinese barbecue, Homemade Noodles also makes delicious soup and ramen featuring noodles that are fresh and hand-pulled in house. The rich soups here come in varying levels of spice and feature beef and pork broths; fresh vegetables like carrot, scallion, and potato; and proteins like beef tendon, tofu, and egg. 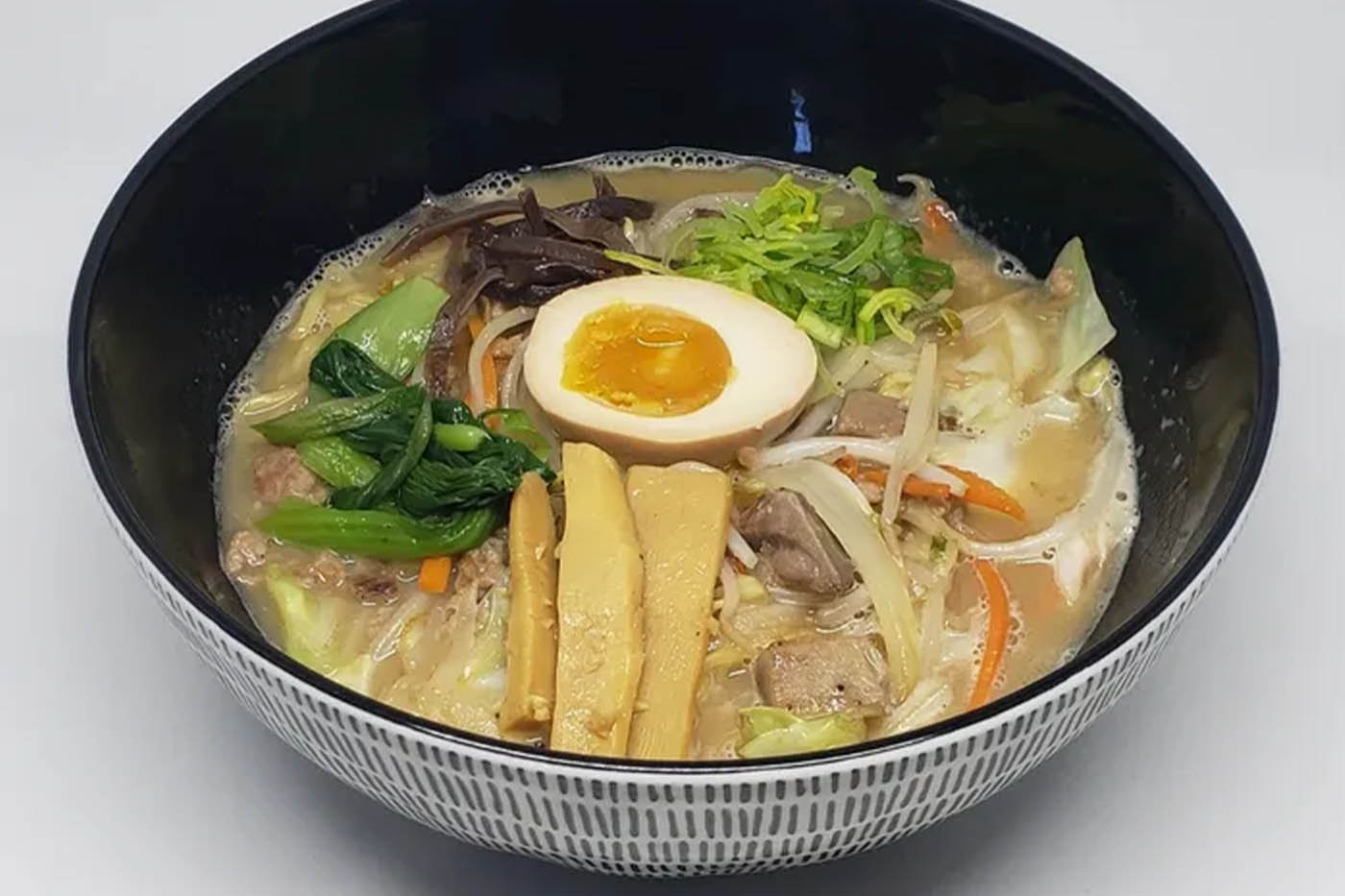 An oft-overlooked gem on the Hamilton Mountain, Shiro Ramen is constantly cited as one of the city’s best ramen spots.

Located at 1970 Rymal Road East in an unassuming plaza, Shiro makes their broths and noodles fresh in-house on a daily basis, and they go out of their way to source high quality, local ingredients in their tempting range of soups. Whether you go for the Tonkotsu Ramen with pork or the Vegan Ramen with its rich, creamy vegetable broth, you really can’t go wrong here. 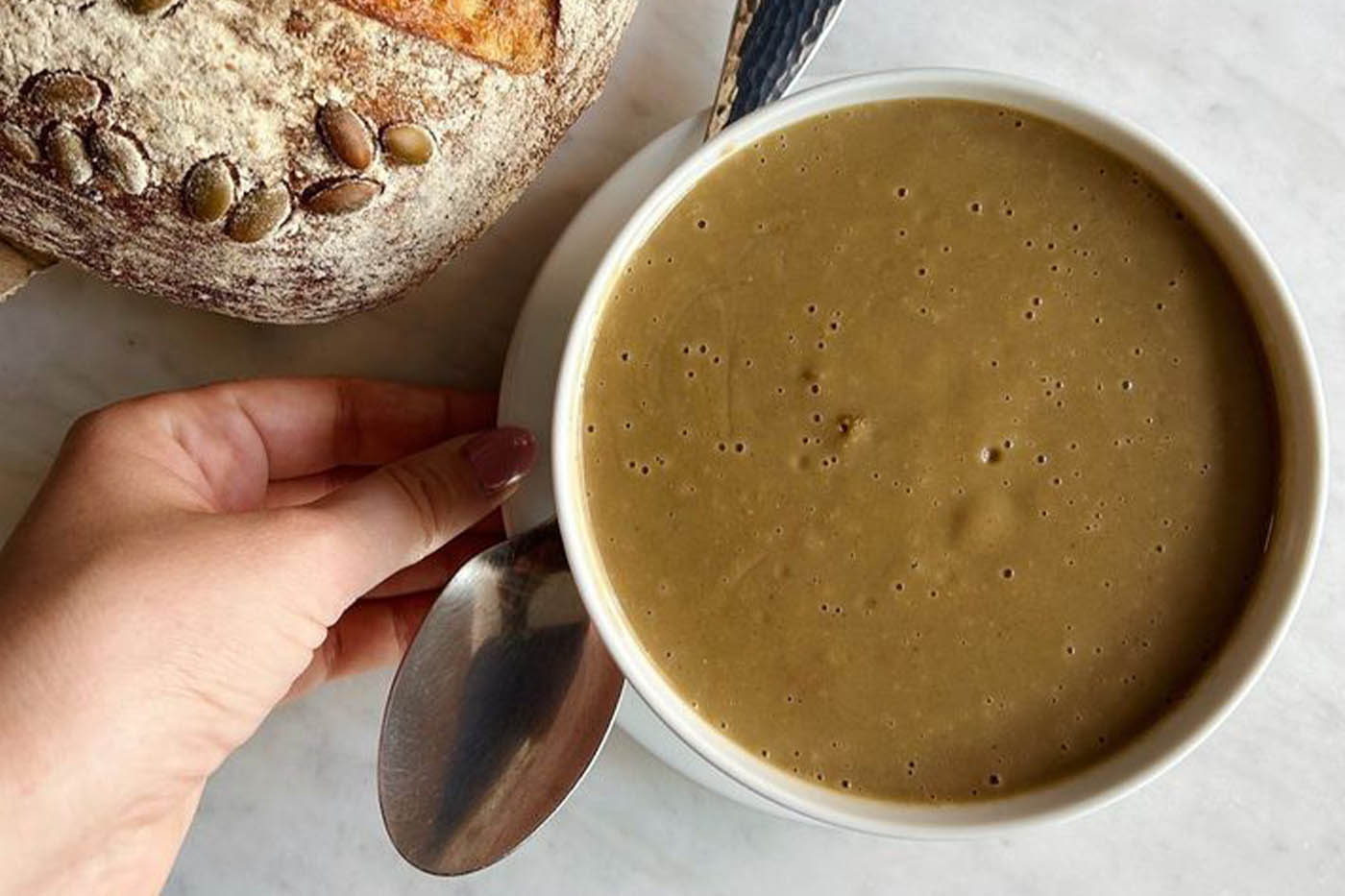 For excellent coffee, pastries, breakfast, and lunch, Redchurch Cafe in Gore Park is one of Hamilton’s top spots.

A nutritious, seasonal menu of sandwiches, salads, and snacks keeps locals coming back for more, and Redchurch is also known to make a mean soup. Changing daily and made with fresh, healthy ingredients, you can grab a bowl on its own or pair it with a sourdough grilled cheese or house-baked savoury scone. 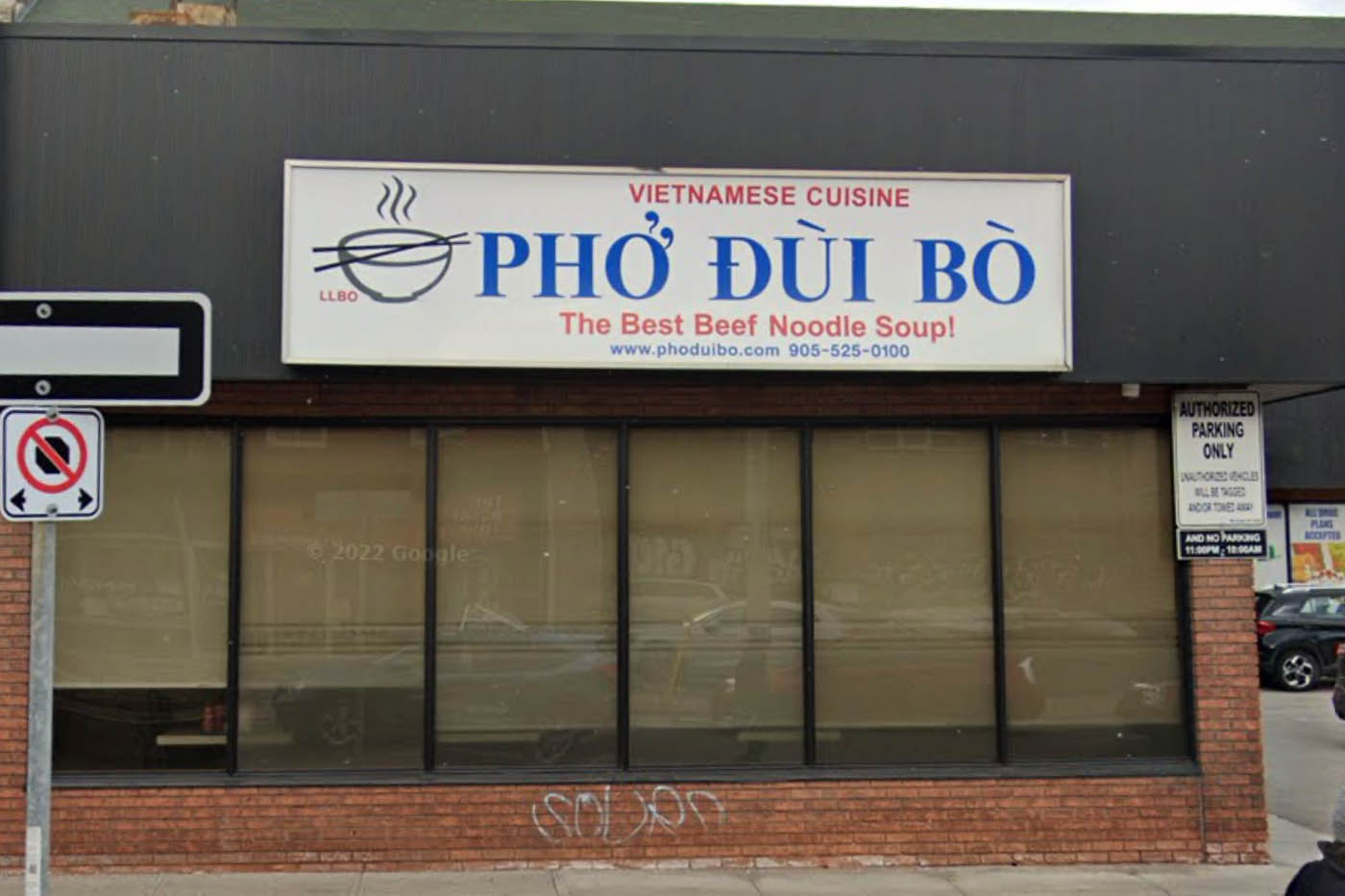 Hamilton’s got a plethora of terrific spots for pho, and Pho Dui Bo is consistently cited as a local favourite.

With a popularity that has allowed it to expand to four locations in Hamilton, Pho Dui Bo’s menu of Vietnamese dishes stands out for its head-spinning amount of soup options, from spicy hot & sour soup to wonton soup to dozens of options for rich, flavourful pho loaded with proteins like beef and chicken. If you like pho, you’ll love Pho Dui Bo. 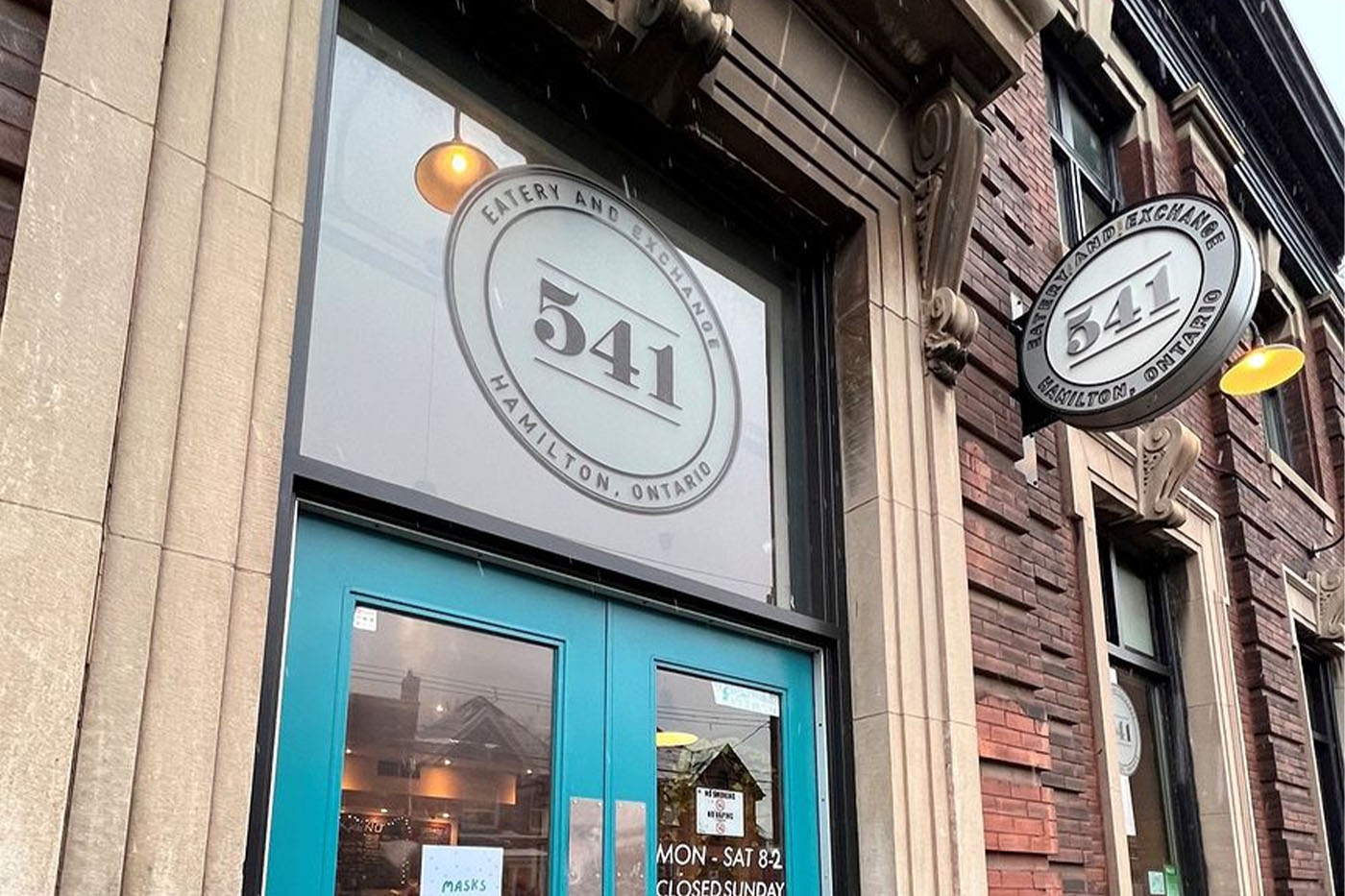 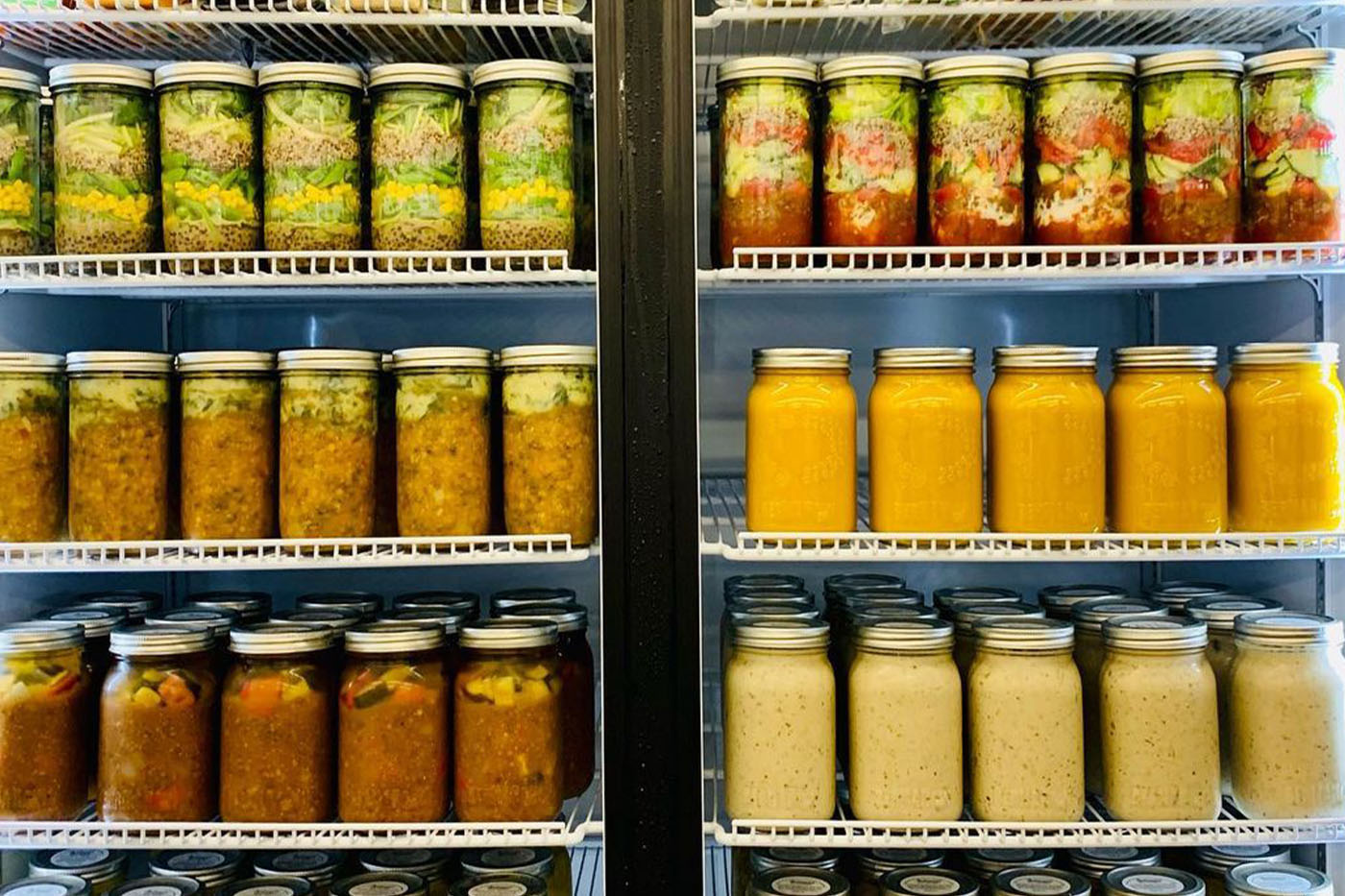 Handmade broths and stocks that are delicious and nutritious in equal measure are the name of the game at Apothecary Kitchen.

With a stand in the Hamilton Farmers’ Market, Apothecary Kitchen’s varied menu of jarred heat-and-serve soups come in varieties like French lentil; creamy roasted cauliflower; coconut, carrot & ginger; Moroccan chickpea stew; and savoury quinoa, kale, and black bean. Working from the philosophy that soup can be as healing as it is tasty, Apothecary Kitchen’s soups just might hit the spot the next time you feel a little under the weather. 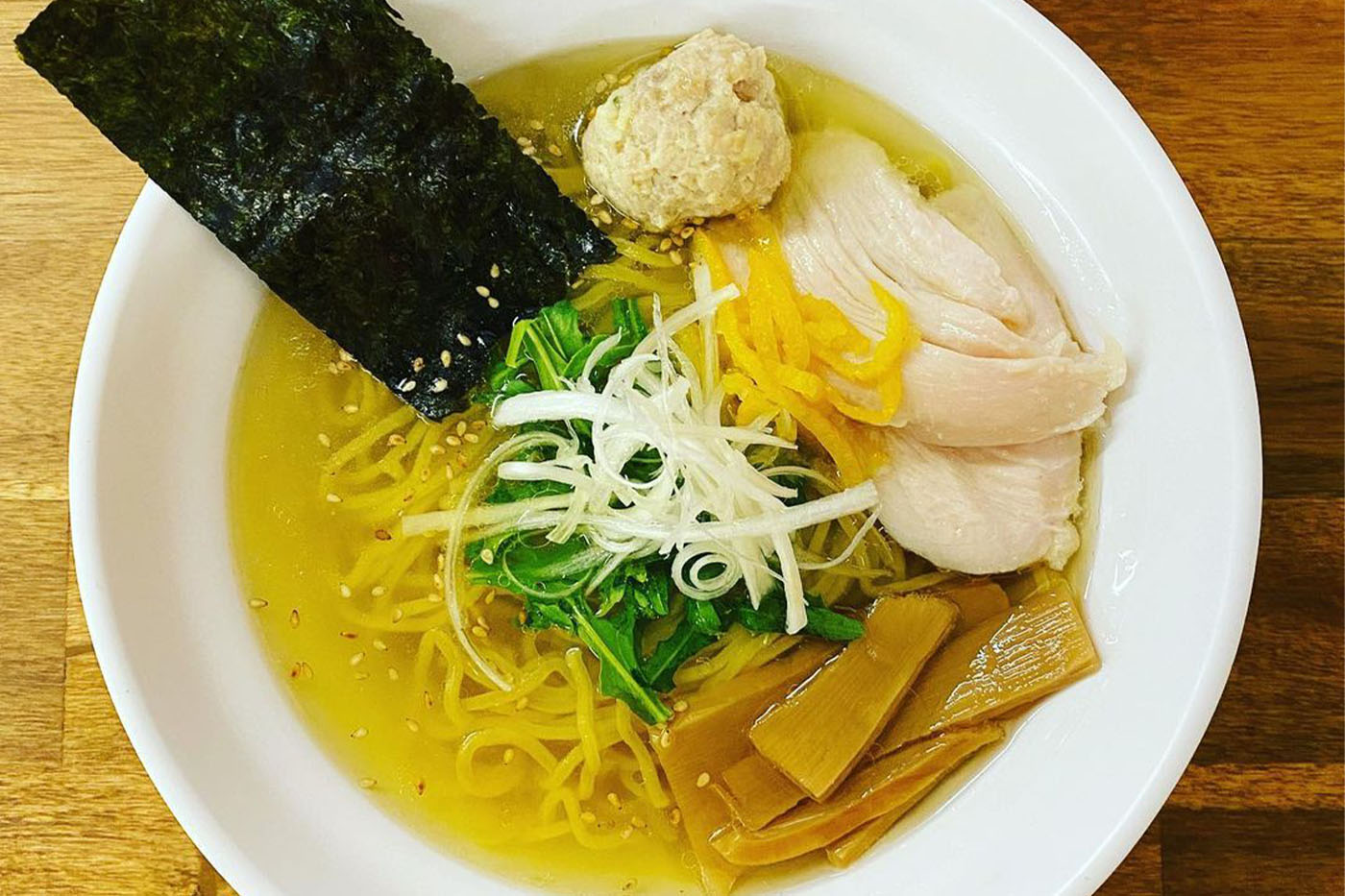 The fevered love for Mystic Ramen is well earned; this place makes some of the best ramen in Hamilton.

After years slinging soup in a popular stand at the Hamilton Farmers’ Market, Noah Wood and Heather Elson’s ramen restaurant is gearing up to open its first dedicated brick & mortar location on King William Street where they’ll serve up their pre-built and customizable ramen bowls that make use of quality local ingredients, traditional techniques, and modern culinary touches. If you’ve had Mystic Ramen already, you understand the hype. 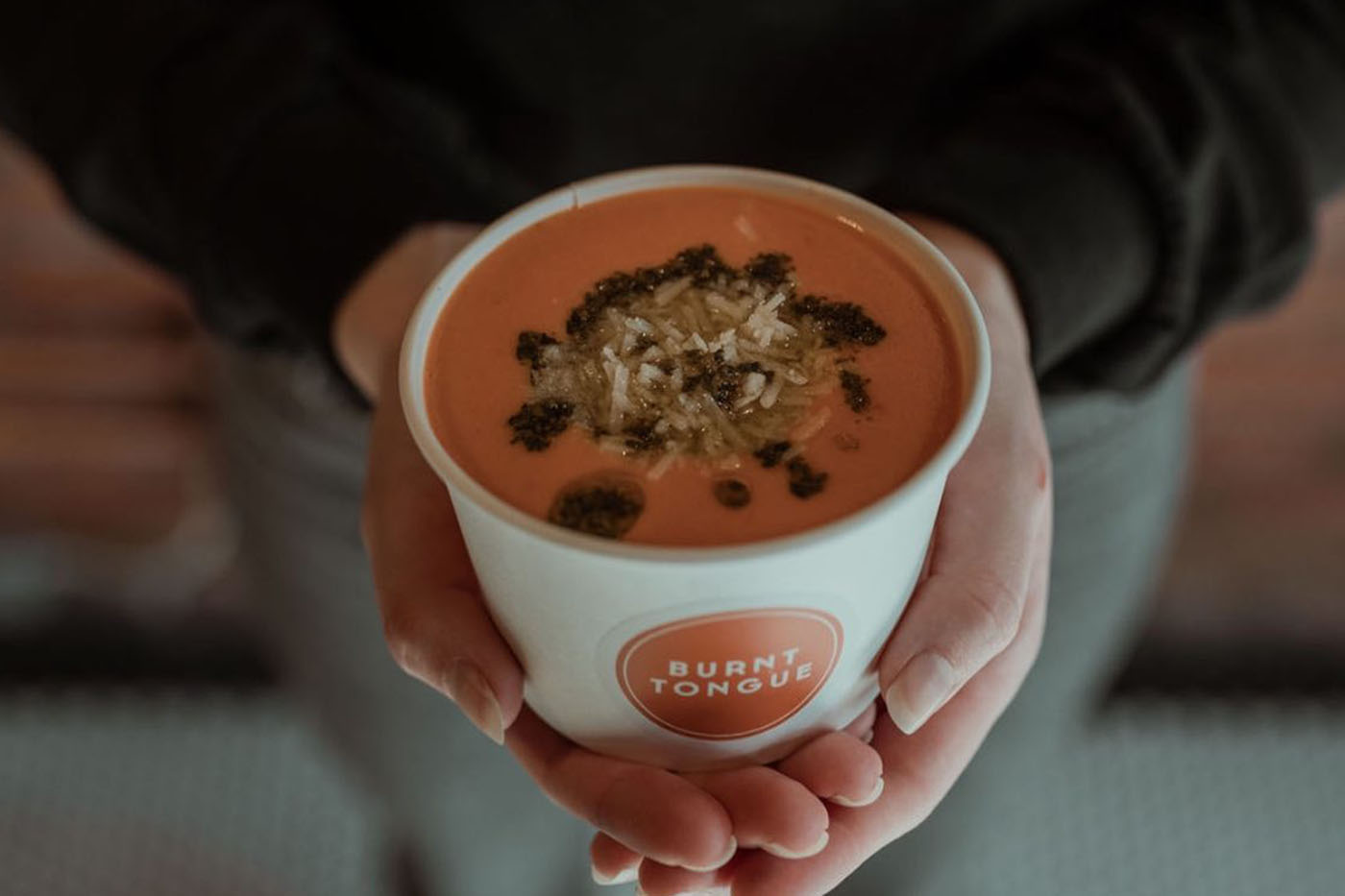 Probably the least surprising pick for our #1 spot is this lunchtime titan known for its mouth-watering selection of soups, stews, curries, burgers, sandwiches, salads, and more.

With bustling locations on Cannon Street, Locke Street, Westdale Village, and Downtown Dundas, The Burnt Tongue dishes out high-level soups with a sturdy base of mainstays alongside rotating and seasonal fare. Soups like the creamy tomato & tortellini; squash, sage, & lentil; and chicken mulligatawny have an enduring reputation with the lunchtime crowd, but it’s hard to find a soup at The Burnt Tongue that isn’t a pitch-perfect representation of its style.

Looking to explore more LOCAL soup spots? Then be sure to explore our search page!