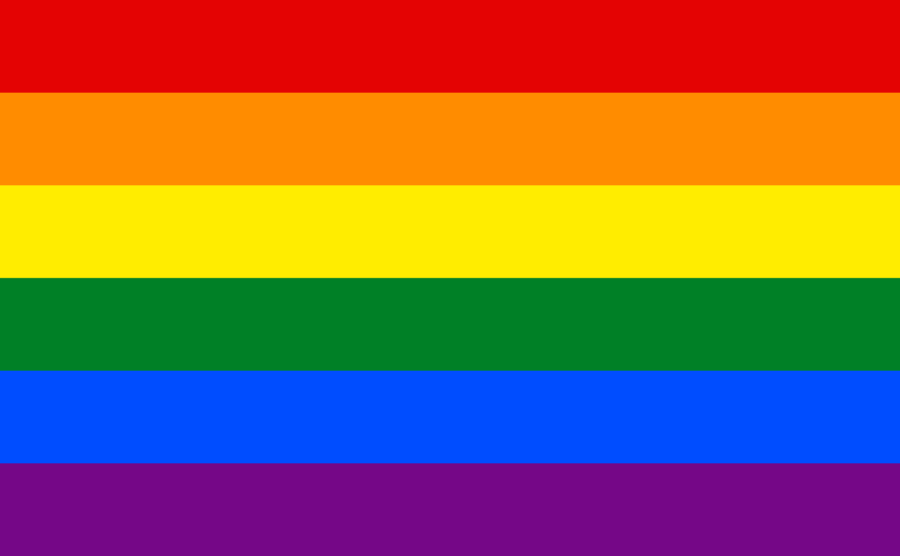 Trans Rights are Human Rights – and a Women’s Issue

Earlier this year, Hamilton joined a handful of Canadian cities in drafting its own policy on gender identity and gender expression to accommodate the needs of its transgender community. This policy has put Hamilton on the cutting edge of LGBTQ2 rights in Canada as it outlines how the city commits itself to providing a “safe, respectful, and inclusive environment” for all its community members. It took a human-rights complaint filed by a transgender woman to spur the policy into existence. Although negative experiences still occur, these two actions have hopefully begun the process of destigmatizing what is essentially a human right’s issue. Trans rights are human rights. Like many before them, the transgender and gender non-binary community has moved steadily forward with their plight for self determination. It hasn’t always been an easy path.

Before work began to change rights, gender identity and expression were protected in the provincial human rights code under “sex”, and in some cases “disabilities”. Some government documents they could change without undergoing surgery, like a driver’s license, but documents such as health card and birth certificates were not changeable.

In 2012 the Ontario Human Rights Code was amended thanks to Bill 33, also known as Toby’s Act or, the Right to be Free from Discrimination and Harassment because of Gender Identity and Gender Expression. That same year, an Ontario Human Rights tribunal case – XY v Ontario – reinforced the rights of trans people by removing the requirement that a trans person must undergo surgery in order to change genders on their birth certificate. This was an
important step in defining “lived identity” for gender non-binary rights.

Hamilton’s transgender policy was passed unanimously by city council on March 8, 2017 –International Women’s Day. June 15, 2017 – the Canadian Government passed into law the protection of gender identity and expression into the Canadian Human Rights Code and the Criminal Code of Canada. Hamilton’s policy is divided into two parts – community service guidelines, which determine how the City of Hamilton addresses gender identity and gender expression when it’s providing services to community members; and employee guidelines, which outlines how the City supports transgender employees.

Councillor Aidan Johnson, who was instrumental in guiding the policy through to council approval, described the policy as “not perfect” but “an important stepping stone towards true justice in our city.” The policy gives the transgender community license to interact with the city with out fear that they will be discriminated against based on their gender and provides city employees with the resources to safely navigate interactions with the non-binary community to provide good customer service to everyone. It’s another layer of protection that gives the gender non-binary community strength to build their case for self-determination and a place in society. Councillor Johnson also believes the policy is an economic benefit to the city. “Creative workers prefer to work in cosmopolitan environments where harassment is not tolerated.” With clearly defined guidelines, the city can also avoid future events like the human-rights complaint that served as the catalyst for the creation of the policy. “When a community spends money policing gender identities, that community has less tax money and less energy to grow the economy.” Councillor Johnson explains.

Some of the language is still too vague. But a yearly review should allow for that to be amended over time. In particular there was an issue that “lived identity” was removed from the definition of transgender and gender non-conforming and the policy does not define cissexism. Some have also argued that not enough time was given to read through it, digest, and give feedback on the policy before it was taken to council.
The policy also doesn’t define what would happen for private spaces, only public, city-owned places. So, although it will be easier for a trans person to navigate public places like city-owned buildings, parks, transit depots, sports arenas, and bathrooms and change rooms, private businesses are left to create their own policies around transgender employees or customers, which can lead to situations such as the recent event in Toronto where a transwoman was denied access to a women’s-only clothing-optional spa.
However, corporate responsibility is covered by the Ontario Policy. Businesses must “take steps to prevent and respond to violations of the Code or they may be held ‘liable,’” which could mean monetary penalties or court orders.
A study was conducted in Ontario of the trans community and some fascinating statistics came out of it.
•59% knew their gender did not match
their body by the age of 10.
•80% knew their gender did not match
their body by 14.
•1 in 5 trans people do not identify as
male or female.
Trans gender people overwhelmingly face discrimination and violence because of their gender identity. Almost all trans people have experienced “everyday transphobia” – either hearing that trans people were not normal, being made fun of, or their family had experienced a hurtful remark or action.
•77% of trans people worry about
aging as a trans person.
•67% worry that they will die young.

How are trans rights a women’s issue?

For one thing, cissexism is similar to heterosexism, the assumption that heterosexuality is better and “more normal” than homosexuality or trans sexuality. Gender non-conforming people often face similar acts of violence that cis gendered women do. Transgender women are women, period. To reduce a woman to just her genitals places the same burden on the shoulders of trans gender women that feminists have been working to remove for over three centuries. Sexual violence, verbal and physical harassment, under-employment, lack of housing and health clinics are all historically issues that women have faced – and continue to face – themselves. During the council meeting prior to the policy vote, Gabriel Byrne, a transgender delegate from The Aids Network, pointed out that “recreation, housing and employment … can improve a person’s mental health and sense of belonging [in a community].” By addressing gender nonconformity and gender expression, the City has given the transgender community the opportunity to “be included in every aspect of municipal life,” as Cole Gately, Hamilton activist, educator, and co-organizer of the Hamilton Trans Health Coalition, says.

How can the city go a step further? “As an educator I always [ask] what do you think is the most effective way of ending transphobia? Hire a transperson.”
Employment and healthcare are two of the biggest areas where trans gender needs are still not met in Hamilton.
One of the few clinics that specializes in trans gender health is located in St. Catherine’s, and has a wait list of over a thousand people. But there may be hope on the horizon with the Hamilton Trans Health Coalition.
Underemployment is a massive issue for the transgender community. Many activists that work hard to make sure transgender voices are heard do so without pay. Mr. Gately says, “when a business or an organization [hires a trans gender person] it says, hey, we’re an equitable employee.” By giving trans gender people a place, a voice in your organization it removes the need to “put up a poster” about transinclusivity.
Despite a lack of cultural awareness, gender nonconformity has been documented for thousands of years. Evidence of transgender roles exists in ancient Rome, Jewish scripture, and in First Nations society. Yet, we live in a current cultural state that still wants to police people who do not wish to be placed into one category.
Yet there are still those who argue today that gender non-conformity is a threat to society and to personal freedom of expression. For instance, the Christian Heritage Party was one of the first delegates to register to speak to council against the trans gender policy. Jim Enos, Hamilton CHP member, warned council that women need a “safe, intimate female space” to protect themselves from male predators. The same party organized a series of posters and flyers distributed to homes primarily on the escarpment with a picture of a man’s back. He’s facing a door with the word’s “Ladies Showers” on it. The poster reads: “Competing human rights… Where’s the justice?” It implies that transgender people are entering these spaces to cause harm. In reality, there’s no documented evidence of a transgender person committing a violent offense to anyone in a public space. Autumn Getty, one of the delegates to city council, says these arguments are “counter-feminist.” The washroom argument is brought up “because they’re trying to [make you] scared of something happening.” That fear is towards something happening to female children. “[The argument is that] little girls are more vulnerable than little boys. Part of my presentation to council was about what happens to boys. What happens to boys who play on hockey teams [or] do a variety of things that put them at risk for sexual abuse from older men? Nobody really cares or asks why. And you don’t really hear about it because most boys won’t talk about it. If we’re still concerned about these things why do we still let people play hockey? We can’t make our decisions based out of fear. [It] doesn’t mean that people shouldn’t have rights because someone chose to break the law.”
There is, on the other hand, plenty of evidence that shows trans gender men and women have a high likelihood of being assaulted. “When a transwoman goes into a washroom, she’s the one who’s vulnerable,” Mr. Gately echoes. “The argument [that trans gender women may attack someone] foments fear and hatred.” American academic and social critic Camille Paglia considers it an “eccentricity” and rejects “state-sponsored coercion” that would dictate how a person is to be referred to based on their “subjective feeling about it.”
There is much work still to be done. Social change requires letting go of past assumptions so that we can live in a more inclusive society. Without acknowledging change, society remains at risk of stagnating and perpetuating the same injustices on any group of people who do not conform to a narrow set of binary characteristics created by a dominant cultural group. It’s about making space at the table for all members of society and acknowledging that they too have a voice that should be heard. And as women, it’s our duty to provide space at the table as we have demanded there be space made for us.
At the Women’s March in Washington, D.C., just weeks before the transgender policy was universally approved in Hamilton, Janet Mocks, a trans woman declared herself “her sister’s keeper.” She said, “Our approach to freedom need not be identical but it must be intersectional and inclusive.” Women’s rights are trans rights are human rights. Together we struggle onward.