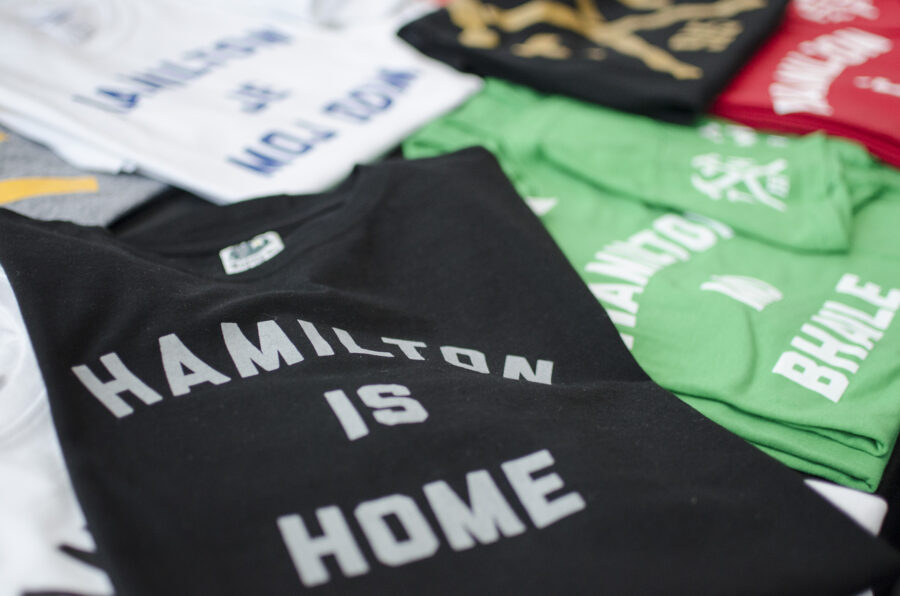 Max Francis and his True Hamiltonian crew lit up the the Art Gallery of Hamilton with their spring fashion show. The energy was undeniable as fans enjoyed a night of fashion, food, music and tons of Hamiltonian pride.

The new line features T-shirts dedicated to the many cultures that help bring Hamilton together. Their iconic saying, “Hamilton is Home” has been translated into 15 different languages and printed on T-shirts of all different colours. The languages range from English, German, Portuguese, Spanish, Hindi and many more. The T-shirts are designed to celebrate the diversity in Hamilton and strengthen an already tight knit community.

The grand finale revealed their new partnership with the Hamilton Tiger Cats. The boys hit the runway, sporting limited edition baseball caps and T-shirts that blend the “Hamilton is Home” slogan with the Ti-Cat’s logo. Social media lit up all weekend long with fans sporting the fresh new gear.

If you are looking to get your hands on this limited edition line of True Hamiltonian X Ti-cats gear head over to shop.ticats.ca or the TiCats store. Plus, the new gear is available at both True Hamiltonian locations.

Be sure to grab your “Hamilton is Home” shirt, share a photo using #TrueHamiltonian and rock the city with pride.