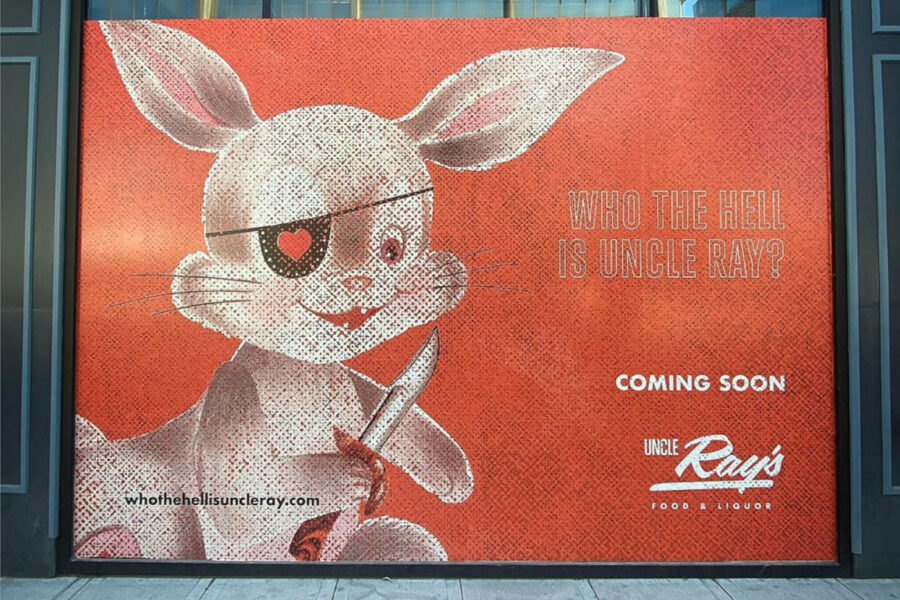 If you’ve got a hankering for some Southern-style deliciousness that ain’t just the usual Popeye’s or KFC, Hamilton is about to see the opening of a new restaurant poised to step up the city’s soul food game.

Uncle Ray’s Food & Liquor, with its large restaurant space by the corner of King and James that has been teasing passersby with its eye-catching window artwork for the last number of weeks, has announced via social media that the restaurant is officially accepting reservations in advance of its soft-opening this Wednesday, December 11th.

Sitting right beside the newest location of Earth to Table: Bread Bar and across the street from Jackson Square, Uncle Ray’s is promising elevated soul food delights out of its open kitchen and open-concept space, offering up favourites like fried chicken, shrimp and grits, and collard greens using high-quality and local ingredients.

The bar will be slinging local beer and wine on top of cocktails with a Southern twist, and the diverse food menu promises to be ever-changing at the hands of Uncle Ray’s playful Chef Michael Angeloni.

The latest restaurant to bring sophisticated Southern-style dining to Hamilton, Uncle Ray’s Food & Liquor is sure to be embraced by local food lovers for a good long while. Check it out, Hamilton!

Uncle Ray’s Food & Liquor is now accepting reservations and will open its doors for first seatings beginning Wednesday, December 11th. More information can be found on their Instagram page.